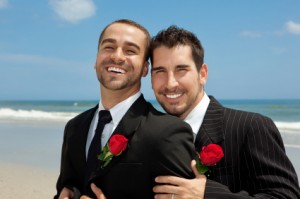 This year, I have been to six weddings and I am already booked for two more come next year. No doubt, the numbers of friends or relatives getting married are going to double year after year. The boom in christenings is sure to follow. Although I believe weddings are happy occasions, they also make me sad when I think of friends or family who have separated from their spouses. For every marriage, there are two or more divorces happening. I'm not sure what the exact numbers, only that the rate of divorces is increasing yearly. Has marriage lost its magic touch? Is it now till divorce do us part instead of till death do us part?

Marriage is not something you decide on a whim even if some people tell you that when they did, they ended up having happy marriages. It may work for the fortunate few, who were lucky enough to find their soul mates. But for most, rushing into marriage can turn into a recipe for disaster–divorce. When people fall in love hard and fast, this giddiness can cloud their judgment and make them think that nothing can go wrong. However, after they tie the knot and the honeymoon phase is over, reality starts sinking in, and they begin to realize it isn't the pretty picture they thought their future would be. Their differences start becoming clearer and as the love blindness wears off, the faults start coming up with alarming clarity.

"This isn't the person I married," is a common phrase coming from those who entered marriage looking through rose-colored glasses. Their excuse could be is that they were too in love with the idea of being in love that they tended to overlook their partner's faults at first. If it is true love, however, then there is no need to worry. Because true love loves unconditionally, flaws and all. And in those cases, marriage really is a promise of "till death do us part".

It's Not in the Time Spent Together

Sometimes, it's a mystery why people get married. There are couples who have been together practically forever but after 6-10 years, they still break up. Those who have just come from a long term relationship tend to get married on the rebound, marrying the next guy or girl that comes along even if they have been together for barely a year. Why is this the case when we know that it's better not to rush into marriage? For some, it could be a shotgun wedding with the bride having a conservative family that frowns on pregnancy before marriage. For others, it's not in how long the couple has known each but that feeling of "rightness" and the longing to spend the rest of their lifetime getting to know that person.

Is Marriage for You?

People often think that marriage is the end road for every relationship. As long as you are committed to a relationship, it means you are looking for permanence–marriage. This is not always the case for everyone. If your partner pops the question and you find yourself hesitating, it could be that you're not sure if marriage is for you. So how do you know it is or isn't for you? To help you figure it out, I'm pulling out an excerpt from an insightful article that recently went viral.

"You don't marry to make yourself happy, you marry to make someone else happy. More than that, your marriage isn't for yourself, you're marrying for a family. Not just for the in-laws and all of that nonsense, but for your future children. Who do you want to help you raise them? Who do you want to influence them? Marriage isn't for you. It's not about you. Marriage is about the person you married."

If you are married and your spouse suddenly demands for a divorce, don't give up without a fight. Try to remember that lovin' feeling and your promise of "till death do you part" not "till divorce do you part". Despite the high percentage of couples divorcing, I still believe that marriages can be happy and last a lifetime. Divorce should only be a last resort and not an impulsive decision made at the height of your emotions. If the relationship is beyond repair, then at least you gave it your all and can let go without regrets. Should you need legal services, there are prepaid legal plans that will be easy on the pocket. To get insights, there are informative videos like these from Legal Shield that can help you.