We all know the more common versions of proposals: man on one knee at the airport before a long trip, will-you-marry-me cupcakes, proposal on movie screens or score screens at football matchesâ€¦the list is endless. You've seen them and heard of them before, but have you ever heard of proposing using memes?

Well, hang on to your hats as you hear the tale of a brave young man, who loved a girl and asked her to marry him on Reddit. 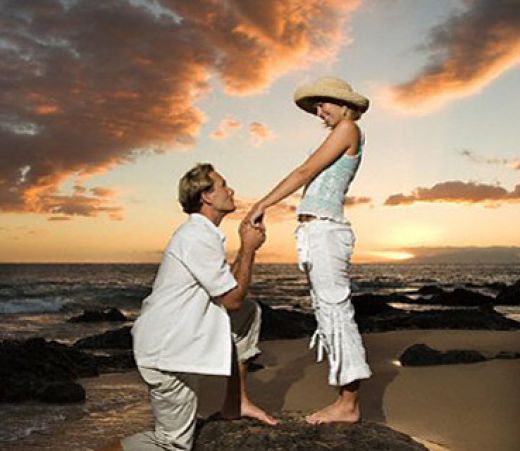 The greatest techno-love story ever!

The couple, whose Internet personae are SirTechnocracy and LadyTechnocracy, met and had dated for 18 months, and essentially knew that they wanted to get married eventually. Sir Technocracy, hereinafter referred to as Sir, had even visited LadyTechnocracy, who we'll call Lady's, home and spoken to her parents.

They had chosen, rather designed, an engagement ring together even. All that was left was the actual grandiose gesture to give Lady her dream story to quip to friends and relatives about Sir's romantic aptitude. Because you know, what girl doesn't want to have bragging rights on the most romantic and creative proposal ever, right?

Well, Sir took creativity to the next level - and he didn't even have to leave the comfort of his couch and get down on one knee. Although to be fair that would certainly have been easier. The guy, who was at the time an MBA candidate in Stanford, shared a love for nerdy-techy stuff with Lady, and decided to do what hadn't been done before: craft a proposal using memes.

Using a team of 18 artists and his own creative inclination, Sir took the most popular memes we know - The Most Interesting Man in the World, Good Guy Greg, Y U No Guy, Success Kid, One Does Not Simply Guy - and arranged the perfect proposal for his girlfriend. He also custom-designed comics that highlighted their most special moments together.

He posted the albums to Reddit under the AdviceAnimals forum, and called the album "This is a marriage proposal: I can't believe the day is finally here". He knew Lady would recognize his username and know it was meant for her.

Not everyone was â€˜aaaaawww-ed' with the idea though, and he received some criticism. But Sir knew that this proposal would be more romantic for Lady than if he had taken her to a restaurant. And it took him a few months and quite a pretty penny to get it done. How's that for romance?

An hour after the albums went live; LadyTechnocracy saw the album and accepted with a Strutting Penguin meme of her own tagged "Boyfriend proposed, I accepted". Talk about matches made in heaven!

If you've been looking for a creative way to pop the question this Valentine's Day, borrow a leaf from the nerdy couple and go for a meme proposal designed at www.memes.com. Even if your girlfriend is not the nerdy type, she's sure to be wowed off her wits with the creativity and thoughtfulness of such a gesture. Rewrite your history and save it in the annals of time where the world can forever see it.