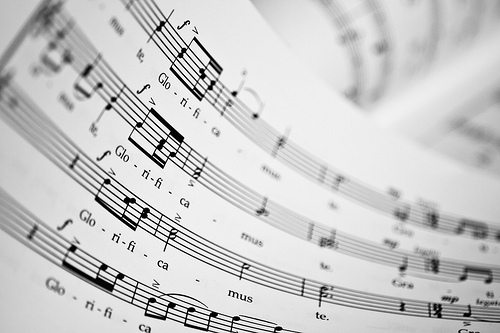 Releasing music today is incredibly easy. Your grab your trusty guitar, a $75 microphone, and a laptop, and in no time, you’ve laid down your first track.

A few other steps and it’s on YouTube, Facebook, Twitter, and everywhere else you can imagine, all for free. And you’re a star. Think it doesn’t happen? Ask Taylor Swift. She broke through thanks largely to self-promotion on MySpace.

What about the songs that make stories like that happen? They didn’t just magically appear in the public domain. Songwriters composed them, then music publishers published them. Artists listened to demos, liked them, and recorded them. And then they set up shop in the hearts of millions.

If that’s your song, the potential for your life to change is huge. That means utilizing a publisher to protect you and your song. Here’s some of how that happens.

Perhaps the most underrated job in the music industry is songwriter. So many young people aspire to be performers, headlining a tour for millions of adoring fans.

But lost in the shuffle is the talented person slugging away with pen, paper, and instrument to create the music and lyrics that put that singer on stage.

Writers have an amazing life, even if they don’t go out and perform the songs themselves. They become close friends with the stars who do record the songs. They get recognition from performers and other writers. They command big money too and all of this while being able to walk out in public anonymously, never having to go on tour, and getting none of the troublesome press coverage that the performers get.

It makes you wonder why everybody doesn’t do it.

A proper publishing arrangement will give you the chance to. You can build a catalog of songs, written at your own pace, and have them available for artists to pick up. Of course, you’ll need demos to shop the songs around, but that’s easy enough to do. With some breaks, your songwriting enterprise can become a very lucrative cottage industry.

Some people just write a song to express something, without any interest in ever earning a nickel from it. Indeed, some tunes are so personal that their writers feel uncomfortable getting monetary gain from them.

But if you record and release a song, others will hear it. If it’s good, others will like it. If they like it, they may choose to record it themselves, or even to claim authorship. From there, you could potentially be bilked out of considerable earnings if you haven’t properly copyrighted and published the song as its composer.

Ever sing “Happy Birthday” to someone? You’re welcome to sing it at parties all you want, but if you publish it in television, film, or any other format, you may owe royalties to Warner Brothers, which claims to have publishing rights to the song.

While the courts aren’t entirely positive about that, the fact that a song written in 1893 by two sisters in Louisville, Kentucky has even a chance of being copyrighted tells you how far-reaching the impacts of copyrights can be.

As noted, you may not be worried about making money from your song. But what of those who might change your song? The world is full of cover versions of songs. Musicians sample other works. Parody performers twist them up.

By publishing your music, you have at least some measure of control in what happens in those situations. You may have legal recourse to bar such use, or to get the option to review it before its release.

Consider Zach Sobiech, whose song “Clouds” became a viral hit as he fought a losing battle against cancer. The song has been properly published and copyrighted, so there is no legal way that some tacky person can commandeer the song, re-write it with tacky lyrics, and create heartache for Zach’s family and friends.

Considering the very personal nature of so many self-recorded songs out there today, it’s a story of how to handle things right. It’s not about money; the proceeds are benefiting cancer research. It’s about Zach’s legacy and the ability to make sure his song and his life are remembered in a positive way.

But you can’t have either if you don’t make sure that everybody knows it’s your song.