Everyone that have watched Baywatch, lost their heart to the hot and mischievous Hobie Buchannon, the handsome and lovable on-screen son of David Hasselhoff. But did you know that the same teen heartthrob is today serving a sentence in the jail for allegedly stabbing a young woman in Los Angeles?

If we turn the pages, the book reads that Jeremy has his troubles with the law of the country many times before. Here we offer you a sneak peak in his life as how an actor touching the skies of stardom has now destined to be at the jail. 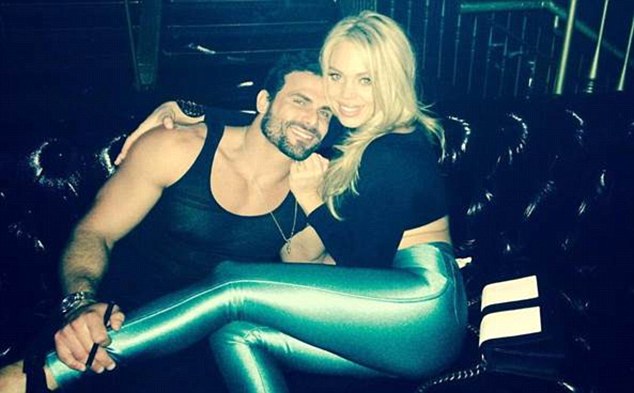 Early life and the beginning of the Stardom:

Jeremy who is today a 36-year-old prisoner, was born in California. He had his debut in the entertainment industry at the age of 6 years through a Mattel commercial.

“All my life I was raised by a single mom,” Jeremy continued. “I never got to know my dad. He was a drug addict, and that’s why my mom pretty much kidnapped us out of a bad situation.”

Jeremy was lucky enough to land a role in Baywatch at the age of 10 years. He played the role for a good 9 years till the end of 1999.

“The part of Hobie was very similar to me,” Jeremy told during his appearance in Confidential. “[The] surfer kid with the single parent that was kind of mischievous and whatnot.”

The starting of the Downfall; Drug Addiction

As the child become a teenager he starting developing an addiction to drugs. This was just the start of the bad, worse was still to come.  He was found drugged during the filming of the Baywatch series.

“I probably made over $2 to $3 million from Baywatch,” Jeremy confessed during Confidential. “I had the means to destroy myself: I had a lot of money, and I had a lot of people around me that weren’t really my friends but I thought they were, and I totally got sucked into a downward spiral of a lifestyle.”

“I smoked pot every day, and I did cocaine until it stopped working,” he accepted. “Like, I couldn’t get high off it anymore.”

Jeremy says that his co-star Hasselhoff once confronted him about his addiction.

“He just kind of looked me in the eyes and was like: ‘Jeremy, what are you smoking, pot?!’ ” Jackson says. “I didn’t have the heart to tell him: ‘That was two years ago — now I’m doing coke and ecstasy and speed.’ ”

No one knows what took over Jeremy as he quit his role in Baywatch and vanished.

“The real deal was that I got a big head and I thought that I was better than Baywatch, or that I was going to go off and do my own stuff,” he admitted. “I walked off one day with my middle finger up in the air, saying, ‘Screw you, I’m not coming back to this set.’ And I pulled myself off the show.”

His addiction started taking a toll on him and soon he ended up taking Crystal meth.

“I have tried GHB, weed, pills, ecstasy. Crystal meth was a thing that really took me to my knees,” he said during Confidential. “I had to learn to cook it on my own so I could support my habit. I learned from some pretty gnarly gangsters — some gnarly, gnarly people. I did it not to sell it or make money, but just for my own personal use.”

He was 19 years old when he got arrested. “I went to jail for 90 days. The manufacturing charges got dropped. I was charged with possession with intent to sell. I did my time, I did my rehab. I think it was probably the fifth rehab I had been in.”

Soon after 5 holistic drug rehab Jeremy started pulling his ends to enter back in the league. He then developed an addiction for steroid only to make his body like Sylvester Stallone. “It started out innocent enough — you know, gym, trainers, acting class, but having that addict mentality … for a guy like me, it’s just not fast enough. I want results, like, now.”

Jeremy was arrested twice for stabbing, in the first instance he stabbed a man and then flee the scene and in the second he stabbed a woman over an argument.  As per the recent updates, Jeremy accepted the no-contest plea deal and is now 270-day jail sentence and five years’ probation.

Nicki Jenns is author at LeraBlog. The author's views are entirely their own and may not reflect the views and opinions of LeraBlog staff.