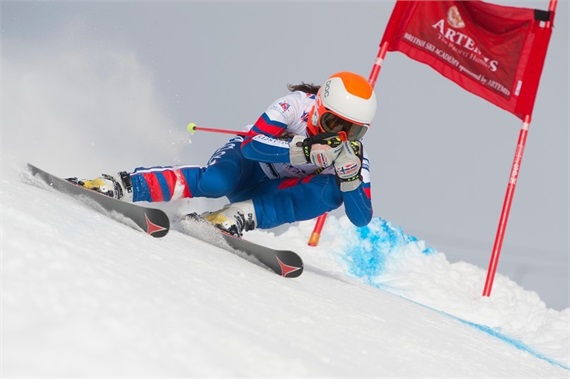 Learning gets easier with fun games, especially if you are tutoring children. Even when you double up as a skiing coach to your younger ones, then you can ignite their interest in games if you go beyond the normal tutoring procedures and make it in the veil of some fun games.

You can take your child to ski when he or she reaches the age of 3 or so. And here are some game ideas to get them started:

Bring a big container of Bubble Soap mix and use a wand to let the bubbles fly in the air. Ask your kids to chase and catch them while on their skis.

Here a group of young learners would stand in a circle, singing to the Hokey Pokey tune. “…put your right ski in… and shake it all about. …” Repeat the activity with various body parts. This can be a good way to develop reflex in them.

This is another group game where participants would stand in a circle. Next, you toss a soft ball, calling out the name of any of the children, who would have to glide to the spot where the ball will be thrown.

This is one more team game that improves better communication among fellow skiers, as well as improves footwork while on the slopes. Divide equal number of children into four groups. Arrange for ski and no ski poles and take each team in a line. Now, position the ski of each learner in front of him. Also, make sure that each of the children holds onto the waist of another fellow player, who stands in front of him. After receiving signal, the children would work their way to reach the finishing line. This will be done in unison; the team that reaches the finishing line first would be the winner.

This game would train your children to have better control over their ankles while negotiating the tricky slopes. This can be played in pairs, where a child will hold a partner. On the top of a small slope, they will stand apart from each other. You will need to stand at the floor of the slope, and ask the partners to try pivoting their ankles, while reaching the bottom. As a coach, it’s on your part to count the number of times that the children twist their ankles while reaching the base.

Here is a small trick that you can share with the aspirants. Ask them to kick their heels sideways while descending the incline. Ask your trainees to imagine that the skis are like windshield wipers. The duo that makes maximum ankle pivots would be declared the winner.

It is also a great way to reinforce stamina while skiing uphill. Moreover, it is good to improve stance and balance.

A seasoned Ski racer needs to have excellent turning ability. Also, while participating even in a basic slalom run, the sportsmen need to develop the capability to skiing down, as well. The figure 8 game has been designed keeping this factor in mind. The players should be grouped in pairs, with each duo standing uphill. On getting the signal from you, the partners would ski on cris-crossing basis. Hence, if a child skies to your left, his partner will ski to your right. After reaching the finishing point, ask them to create a sharp turn, so that a figure eight is created along with partners. The pair making maximum figure turn turns successfully will be declared winner.

Do not forget to reward your children will small tokens of appreciation.

alanloyed is author at LeraBlog. The author's views are entirely their own and may not reflect the views and opinions of LeraBlog staff.