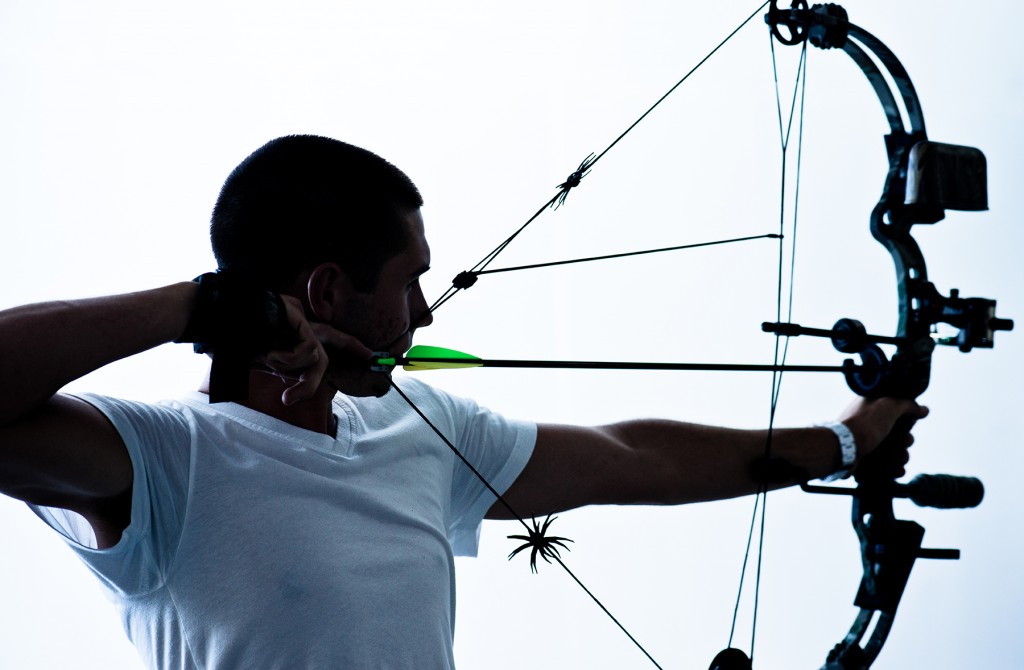 Archery, one of the ancient sports of the world, has an ennobling history behind it. Historians talked about arrowheads dated as far as over 25,000 years ago. They also mentioned about shafts of bows as well as arrows, arrows with feathers and other relevant things associated with archery that dated almost ten thousand years ago.

Indeed, archery is closely connected to development of different civilizations. The following are a few points that highlight the development of world archery.

Around 2800 BC, the Egyptians produced composite bow for the first time. This bow was made from wooden material, tipped with an animal horn. Sinew or glue is used for joining this horn with wood. If it is unstrung, the bow resembled â€˜C shape' and at least two people were involved to string the bow. The string of the bow was prepared from catgut. Catgut is a small cord that is usually made from fiber found in walls of small intestine of sheep or other animals. The best part is that the archers could shot these light weight arrows from a distance of at least four hundred yards. In ancient Egypt, the skilled and experienced archers ride on the chariots to outflank the opposite party.

Growth of Archery in Roman Civilization

The ancient Roman Emperors excelled in their military skills from the experienced archers that they employed. During the sixteenth century the bows as well as arrows were displaced by the firearms as military weapons. When Spanish Armada tried to occupy England in the year 1588, a county troop of England comprised one third to two third soldiers armed with guns. However by the end of the century, the soldiers abandoned bows as weapons.

Scenario in other places

The people in Far East hired archers for warfare activities and the practice continued till the 19th century. In fact, the use of bows as well as arrows in warfare and hunting continue in Central Africa as well as South America till the present day.

The bow and arrow still formed the main weapon for hunting and the archery also continued to be practiced as an important sport in England. Both the gentry and the common men used archery as their favorite sport. Few archery societies were formed mainly during sixteenth and seventeenth centuries. The oldest archery championship namely Ancient Scorton Arrow was formed in Yorkshire in the year 1673. In the year 1790, the popular Royal Toxophilite Society was formed to develop the sport far and wide. After George IV, the Prince of the Wales gained the patronage of this society and determined the distance for archers. Distances include 100 yards, 60 yards as well as 80 yards.

In the modern times, archery was first introduced in the Olympic Games in the year 1900, was again included in 1904 as well as 1908 and also in the year 1920. The international rules were yet to be developed and each and every country developed its own format as well as rules. Due to certain confusions, archery as a sport was eliminated from Olympic itinerary.

After a gap of nearly fifty two years, the archery was introduced again 1972. Till date it is still an integral part of the Olympics. In the year 1931, Federation Internationale de Tir a l'Arc (FITA) was established as the international governing body for archery sport. The main objective is to implement the standardized rules and regulations for the archery tournament. In 1972, when maximum countries adopted rules for FITA, this archery sport was admitted again in the Olympic sports. Since 1972, modern equipment was introduced and the popularity of archery still remained unchanged.