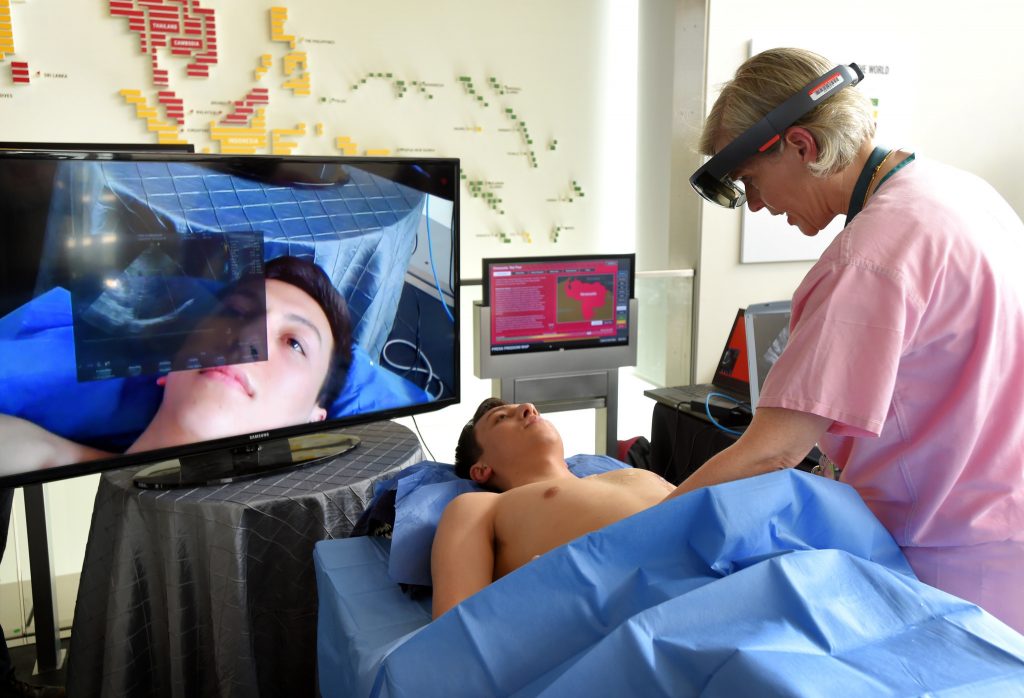 Advances in technology have had, and will continue to have, a profound effect on healthcare. From the invention of antibiotics, and anaesthetics, to imaging techniques and radiotherapy, technological innovation in healthcare will continue to be essential to meet the demands of a rapidly-growing population.

With this in mind, we thought we’d take a look at five new technologies that we may see become more widely used in the next decade or two.

Smart inhalers for asthma have been in development over the last few years, which has led to successful human trials. They function by using sensors that are attached to an inhaler to record when the medication is taken. This is then transmitted via bluetooth to another smart device such as a phone which automatically records the data.

People with asthma might not always realise when they’re using their relief inhaler more than usual; and this can be a sign that someone’s preventative treatment needs to be adjusted. The smart inhaler helps to address this, by enabling patients and doctors to see if they’re using their inhaler more, allowing them to feel more in-control of their health and resolve any potential issues early. 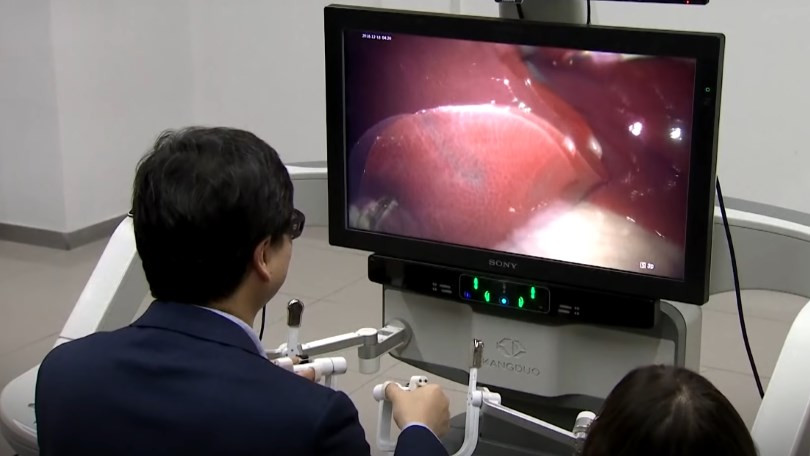 This form of surgery is currently in development and has already been successfully trialled in China. It involves surgery performed by a robot under the control of a surgeon, while the two are in different locations. It is made possible by advances in 5G communication systems, through which a very high amount of data can be transferred with minimal latency (delay).

The operation in China was performed on a laboratory animal, and involved removing the liver. The surgeon was 30 miles away from the laboratory, and a 5G network was used.

Whilst it is unrealistic to expect 5G to be implemented globally now, it is certainly a possibility for the near future and would allow robot-assisted surgery to be performed from different locations around the world.

Eventually those requiring very specialist procedures but living in remote areas won’t have to travel miles, or even perhaps thousands of miles, to get the expert help they need. The tech also helps specialist doctors do more of those specialist procedures, which means they’ll be less likely to make mistakes. 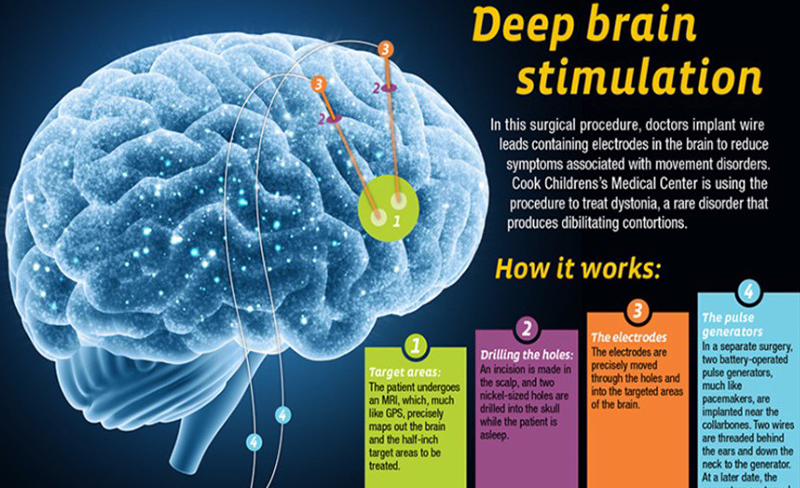 Deep brain stimulation (DBS) sends electrical impulses to the brain and is the most common way of treating Parkinson’s, but it is not effective on everyone. Electrodes are placed on either side of the brain, and are then connected to a device similar to a pacemaker called a neurotransmitter which is placed beneath the skin. The aim is to limit the effect of tremors, slowness and other motor-related Parkinson’s symptoms.

Deep brain stimulation is mostly recommended for those who have had Parkinson’s for quite a long period of time and have previously responded to medication, because it is largely ineffective in those who have not. However research is being undertaken to see whether it can be used in other areas of the brain so that a larger number of people with Parkinson’s can be treated with it.

It is thought that by focusing on the pedunculopontine nucleus, which affects a person’s gait, walking and balance problems in people with Parkinson’s can be addressed.

Furthermore, smart DBS is currently being developed which will work in a similar way to smart inhalers, by only functioning when a person’s symptoms are returning rather than all of the time. There is also research being conducted, assessing whether DBS can be used for other neurological conditions such as epilepsy and obsessive-compulsive disorder. 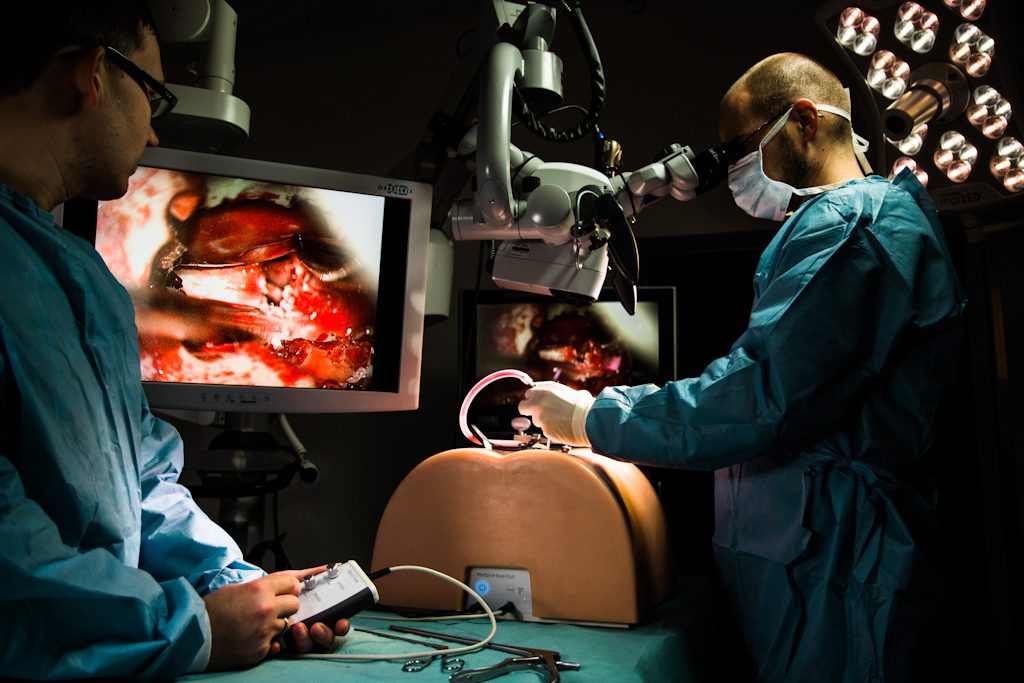 It is common practice in many medical colleges now to use virtual reality (VR) for training purposes. In a recent interview, one Spanish-American firm explained how they have been exploring the use of VR in the treatment of anxiety, by replicating scenarios that trigger anxiety and changing a person’s response to it.

The improvement to VR over the last few years has widened the scope of possible operations that can be simulated. CAT scans can now be fed into a VR interface giving healthcare professionals a chance to see a replica of a certain area of the body.

Aside from VR, there are other types of simulation technology that have recently been developed. A Japanese tech company has created a prototype of a simulator which can replicate the beating of a heart using e-rubber. The e-rubber responds to electricity which can be programmed to replicate complex beat patterns such as atrial flutters. It was trialled for a coronary artery bypass operation at Fukushima Medical University in June 2018, and is due to be available by autumn this year.

Wearable technology is a rapidly growing market, as more and more people are equipping themselves with smartwatches and fitness trackers. This escalation is evident as sales of the Apple Watch have recently overtaken those of the entire Swiss watch industry. But there are many different wearable devices which have been developed specifically for healthcare purposes unrelated to fitness.

Therapy for depression is one of the latest developments in wearable technology. UCLA conducted a study that reduced depression symptoms by 70% by using trigeminal nerve stimulation. It functions in a similar way to DBS but it is less invasive as the device is not surgically implanted under the skin. It has previously been trialled as a treatment for drug-resistant seizures in epilepsy.

Further examples include a small sensor that measures skin PH level for indications of topical conditions such as eczema, and another sensor which measures heart rate (and its variability), respiratory rate, and blood oxygen saturation, allowing widespread monitoring of data usually only available to professional athletes.