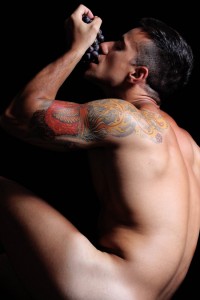 If you take alcohol, it can have some effects on you sex life of which some are positive while others are negative. There is a general misconception that alcohol is an aphrodisiac by acting as a social lubricant. Several studies conclude that alcohol enable some people in overcoming sexual inhibitions and anxieties. On the other hand, it can block your ability to have an orgasm. The effects of alcohol on your sex life mostly depend on the amount you consume.

While taken in moderation, alcohol oils social wheels making you more likely to hit out to a lady in quest for a relationship. It brings a relaxation feeling where you and your partner can easily interact and chat more. The shyness or fear of being rejected or turned away by an attractive woman is easily eroded once you take one or two beers. You gather up the courage to make the first move, something you could not have managed if you were sober. In a study published in the British Journal of Psychology, men who had taken alcohol were attracted to potential lifetime partners who wouldn't have been chosen had they been in their real mind. Contrary to this, if you are a man, excessive drinking can ward off the desire for a woman.


Having sex especially with a new partner puts much tension whose effects include premature or delayed ejaculation. Luckily, a glass or two of wine can help you overcome the nervousness when you go between the sheets. You will be in a relaxed state with little or no worry about your performance. Many people attest that when they have taken a little beer, they feel more romantic in comparison to when they are in their real senses. Whereas alcohol can help you stay longer without reaching a climax, it is not a recommendation for people who experience premature ejaculation according to health experts. On the other hand, too much drinking can kill your penile sensations such that you will get a delayed ejaculation or won't get an orgasm however hard you try.

Sadly, the list of negative effects that comes with alcohol is longer. They include:


You are more likely to hit on the wrong person when you are drunk than when you are sober. You will be drugged in to judging poorly on the need to engage in wise sex while drunk. This often leads to unwanted pregnancies, infections with Sexually Transmitted Infections (STIs) or marriage breakups. In fact, alcohol consumption accounts for the increase in demands for â€˜the morning-after pill' in the US. On beer, you are more likely to get fuddled on the need to take proper contraceptive precautions. Additionally, you won't be able to judge the right time when to reach a climax while drunk. It can happen too soon, take longer than usual, or fail to happen. Since some of your nerves are compromised while drunk, sex might not be that enjoyable like it would be when you are sober. This can apply even during the orgasm.


Testosterone is a hormone associated with the growth of your muscles. Men have more muscles than women, thanks to the high levels of this hormone. When you consume alcohol, a substance is produced in the liver which is toxic to the release of testosterone. As a result, the testosterone levels decline causing a reduction in muscle mass. You thus become less of a man despite the great effort you apply in the gym. Additionally, alcohol is a toxin in your system which means more energy will have to be spent for its removal. This takes time and you won't have the energy in store to recover from your exercises, therefore, you won't feel fresh when you return to workouts in the next session. Decreased levels of testosterone due to alcohol will obviously take toll on your performances when it comes to bed affairs.

Excessive alcohol consumption lowers your desire for sex and performance during the act. Dr, Abigael San, clinical psychologist, and alcohol expert reckons that since alcohol reduces both men's and women's sexual sensibility, it can make good sex go bad. She adds that prolonged drinking reduces sex response in both males and females. It can become difficult for you as a man to attain and maintain an erection firm enough to sustain a sexual engagement. You might also experience reduced lubrication and find it difficult to have an orgasm or get orgasms that are less intense. Dr Abigeal cautions that extended time in drinking can turn a temporary condition like "Brewer's Droop" in to a permanent impotence. For women who are regular drinkers, their efforts to bear children can proof futile since alcohol can cause menstrual and fertility problems, adds Abigael.

willoconner is author at LeraBlog. The author's views are entirely their own and may not reflect the views and opinions of LeraBlog staff.