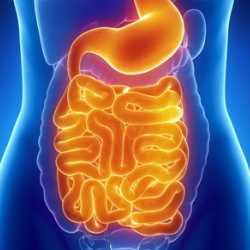 Lipitor has become a household name, in part, because it has proven to be effective for lowering LDL cholesterol levels (Pfizer’s aggressive marketing also played a big role). Doctors prescribe it to their patients to reduce their risk of stroke and heart disease. But researchers claim that using the drug is more dangerous than Pfizer has indicated on the warning label. Users may develop one or more Lipitor diabetes complications that can dramatically lower their quality of life.

One of the side effects of type 2 diabetes is a condition known as gastroparesis. It is not fatal, but can induce symptoms that make life miserable for the victim. I’ll describe the illness below, and explain how it affects the body.

How Lipitor Is Designed To Lower Cholesterol Levels

Cholesterol is manufactured in the liver by an enzyme known as HMG-CoA reductase. It is needed in the body for various purposes, such as building membranes and preventing them from breaking down. But high levels of certain types of cholesterol, namely LDL-or low-density lipoprotein-cholesterol, can prove harmful. It increases the risk of cardiovascular disease and other health problems.

Lipitor (trade name for atorvastatin) is designed to inhibit the HMG-CoA reductase enzyme. Doing so prevents the enzyme from manufacturing cholesterol in the liver. That lowers LDL levels in the blood.

It is not fully understood how the drug raises blood glucose levels in some individuals. It appears as though only a small percentage of users are at risk. But for them, there may be a heightened danger of developing type 2 diabetes.

Once the illness surfaces, it cannot be cured. It can only be managed. Those who neglect to seek treatment and make needed lifestyle changes may find themselves coping with one or more complications, including gastroparesis.

What Is Gastroparesis And How Does It Develop?

Gastroparesis is a digestive issue in which gastric emptying-the rate at which foods move through the stomach-slows down. It occurs when the stomach fails to work properly. Food either moves slowly from the stomach into the digestive tract, or fails to move at all.

The condition is linked to a malfunction of the vagus nerve. This nerve is responsible for producing contractions that cause the stomach to push food into the small intestine. It becomes damaged due to persistently-high blood glucose levels, like those observed in diabetics.

As the vagus nerve deteriorates, it loses the ability to prompt contractions as frequently as it should. Eventually, it can lose the ability to do so altogether, causing food to remain in the stomach.

Symptoms of gastroparesis are relatively minor, but can lead to serious complications if they are neglected. People with the condition often experience heartburn and nausea. Eating tends to produce a sensation of fullness very quickly; some individuals vomit food that has not yet been digested. Abdominal pain and bloating, accompanied by diarrhea, are common. So too is gastroesophageal reflux and lack of appetite.

One of the troubling side effects of the condition is that it becomes difficult for the individual to control her blood sugar levels. Food that remains in the stomach is eventually passed into the small intestine, causing glucose levels in the blood to rise. That puts her at risk for other diabetes complications.

How Individuals with Lipitor Diabetes Can Manage Gastroparesis

Once gastroparesis has been diagnosed, the most effective way to treat it is to regain control of one’s blood sugar. That typically involves making dietary changes, such as eating several small meals throughout the day rather than 3 large meals. Those with the illness are often advised to stay away from foods that are high in fat and fiber. The former slows down digestion while the latter is difficult to digest.

Medications may be necessary to provoke contractions in the stomach. Such drugs include Propulsid (cisapride), E-Mycin (erythromycin), and Reglan (metoclopramide). Each drug comes with side effects, some of them serious.

As a last resort, when other measures fail to relieve symptoms of gastroparesis, a feeding tube can be inserted through the skin into the small intestine. The tube allows the individual to bypass her stomach and ensure her body continues to receive the nutrients it needs.

Demanding Compensation for Your Lipitor Side Effects

Pfizer never told the public or health care community that its cholesterol drug might set off new-onset diabetes in some individuals. Even after the Food and Drug Administration ordered the company to revise its warning label on Lipitor, the label remains unclear about the risk. Those who use the drug are merely advised to inform their doctors if they already have diabetes. Nothing is mentioned about the danger of developing the disease while taking the drug.

Type 2 diabetes is an unfortunate illness, largely because there is no cure. If you have been diagnosed with it after using Lipitor, you can hold the manufacturer responsible and demand compensation for your injuries. Consider contacting a Lipitor lawsuit attorney to see if you qualify and take the first step towards holding Pfizer accountable.