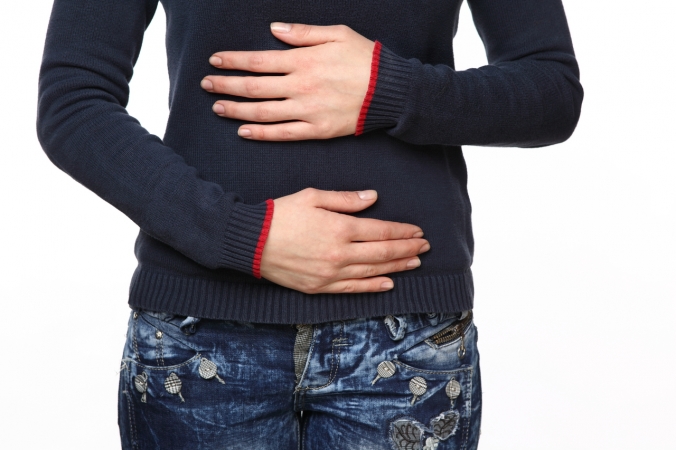 These interchangeable terms refer to discomfort in the upper abdomen, which may be associated with belching, acid reflux into the gullet and abdominal pain. Treatment in the first instance involves the avoidance of foods and situations that seem to trigger the symptoms and taking small but regular meals throughout the day. Avoiding smoking and excessive alcohol is also recommended. Occasionally antacid drugs are prescribed to neutralize the erosive effect of strong acid within the stomach. When antacids fail to work or when the symptoms arise in somebody over the age of 40, where there is an increased suspicion of more serious pathology, further investigation is required.

Not uncommonly, further tests will reveal the presence of a hiatus hernia. This is a condition where the upper part of the stomach pushes upwards through the opening in the diaphragm (the sheet of muscle separating the chest from the abdomen) allowing acid to reflux from the stomach up into the back of the throat. This condition is commoner in those who are overweight, who smoke and who have physically demanding occupations. Symptoms include heartburn that is made worse by stooping forwards or bending over. The diagnosis is confirmed either through oesophagoscopy (where a viewing instrument is passed down the throat into the gullet to take a direct look) or by a barium X-ray examination with manometry (where pressure measurements between gullet and stomach can be taken).

Eating little and often, and raising the head of the bed to prevent acid reflux, are all helpful. Losing weight and stopping smoking are important, and a variety of different types of antacid drugs may be recommended. In severe cases surgery may be required, although an operation is generally avoided if at all possible as access to this part of the body is difficult. A technique called fundoplication is a simpler, less drastic form of the operation, where the herniated part of the stomach is surgically folded back into place. It is suitable for slimmer, younger patients with a hiatus hernia.

A common finding when indigestion is investigated is an ulcer. Ulcers in the stomach or in the first part of the intestine, the duodenum, result from erosion of the lining of these structures, known as the mucosa. The ulcers may be shallow or deep, benign or malignant, and can cause abdominal pain and often loss of weight. Duodenal ulcers tend to be quite well localized to the extent that the sufferer can point to the area of pain with their finger. Classically the pain is worse in the early hours of the morning when acid secretion is at its strongest.

We now know that the bacterium Helicobacter pylori is responsible for ulcers in the vast majority of cases and ‘triple therapy’ is now used more and more to eradicate the symptoms. Triple therapy consists of two different antibiotics and an agent called a proton pump inhibitor which helps to protect the lining of the stomach and small intestine. Antacid medication is also used and some of the most powerful types work by blocking the effects of histamine, which in turn reduces the secretion of acid from the stomach and helps promote the healing of ulcers. These days surgery is generally restricted to deep penetrating ulcers which perforate and cause heavy bleeding.

If indigestion is due to hyperacidity, adding bananas to your diet can help. They are high in potassium which combats hyperacidity and they also promote the secretion of mucus which coats and protects the stomach lining. Low levels of pancreatic protease enzymes can leave protein molecules impossible to digest. These can then become toxic in the gut, producing symptoms that include indigestion, bloating and gas, as the body signals its intolerance. Papaya is very useful here, aiding the digestion not only of proteins but also of carbohydrates and fat.

Milk thistle, an ancient herb used in Europe since the 1500s, stimulates the production of bile which is essential to proper digestion. Turmeric will also stimulate bile flow and helps break down fat. It is an ancient treatment for obesity. Fennel is useful for flatulence and indigestion. Ginger begins its action by stimulating saliva in the mouth which aids peristalsis in the gut and can break down protein molecules that could otherwise cause inflammation.

A recent study suggests that Vitamin C reduces the risk of both stomach cancer and ulcers. It has been shown to prevent the growth of Helicobacter pylori, both in laboratory cultures and in animals, and to slow down the growth of Campylobacter jejuni (another micro-organism which can abnormally colonise the bowel). Bromelain, a constituent of pineapple, is also useful here, limiting inflammation and reducing swelling, acidity and pain. Peppermint soothes ulcers, while liquorice is anti-inflammatory and extremely healing for the whole digestive tract, especially the stomach. It can relieve the pain of heartburn, prevent ulcers from forming and has also been said to be an anti-cancer agent.

The information in this article was provided by Bio Balance-a depression treatment centre in Ireland.