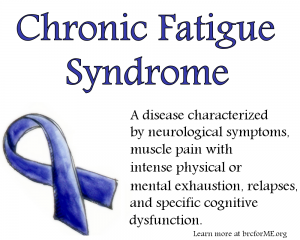 Recently a friend of mine, let’s call him John was diagnosed with Chronic Fatigue Syndrome (CFS) and sleep apnea. He has been able to successfully manage both of these conditions naturally and in a very inexpensive way. His biology differs from others but you too can consider trying out what he is doing to manage your condition effectively.

Below I list the supplements that he takes to manage his condition better; all of them are considered GRAS by the FDA and can be purchased over the counter. These are things you may want to consider if you are looking for energizing compounds but are not seeking amphetamines. Most of these compounds have a long track record of being safe and have been used from 30 to over 2,000 years.

Supplements To Consider Adding To Your Regimen

Rhodiola Rosea – A perennial flowering plant in the family Crassulaceae. It is a Traditional Chinese Medicine and Scandinavian herb touted to promote physical/cognitive vitality.

Extended Release Caffeine – To avoid an immediate crash, taking extended release capsules may be key. Consider testing this supplement with L-Theanine to avoid jitteriness. If the effect of caffeine decreases as a result consider buying pills that do not contain this additional ingredient.

Sulbutiamine – A Vitamin B1 derivative devised in Japan used to provide energy. It is also known as Thiamine and is essential for proper nervous system function. It has shown to affect the dopamine system of the brain, which contributes to its therapeutic effect on CFS.

It has been found to be particularly beneficial for asthenia (a subtype of CFS) which originates from the CNS rather than muscles. It works by up-regulating neurons in the reticular aviation system in the brain’s center responsible for arousal and motivation. While we think Sulbutiamine is great for CFS, many patients use it off-label as a ‘nootropic’ and even a general mood enhancer.

Ubiquinol – CoQ10 exists in your mitochondria, which is considered the energy centers in each of our cells. CoQ10 destroys free radicals and increases energy production in every cell of our body including the heart. Ubiquinol is the active form of CoQ10, it is better absorbed and provides higher concentrations of Coq10 in the blood. Consider supplementing this if you are a senior as well for longevity purposes.

If the above natural remedies do not work, consider going the prescription route (still without Amphetamines), consider:

Adrafinil – A pro-drug of Modafinil, it was previously sold under the tradename Olmifon. Based on the reports of 40+ patients, adding Adrafinil to their stack significantly improved energy levels above and beyond stacking one or more of the supplements mentioned above alone. Luckily Adrafinil is inexpensive when compared to Modafinil or even Armodafinil, consult your primary care provider to see if this is right for you. You can see how and at what dose patients are using for [read more about Adrafinil here: http://trackmystack.com/supplements-Adrafinil]

Chronic Fatigue syndrome is manageable and should not dictate your life. Supplements such as Sulbutiamine, CoQ10 and even drugs such as Adrafinil can help alleviate symptoms accordingly. Some of the supplements mentioned above target the root of the problem in the brain and work to correct neurochemical imbalances, while others provide your body with the raw energy that is needed to keep you functioning well.