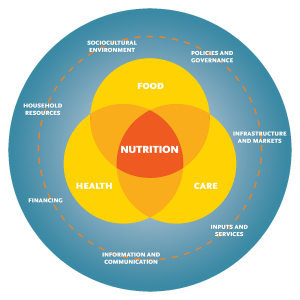 As a Registered Dietitian and an avid bodybuilder, Kevin J. Andrews, RD tends to hold a unique view on health and nutrition. While he realized he was not in the majority, he somehow never seemed to grasp just how far he was from it. He handles all of the pressures of normal life and continues to uphold – and practice – a healthful lifestyle. However, to his dismay, few, and I mean few, people follow in his footsteps.

Due to the fact that much of his time is spent in Skilled Nursing Facilities (SNF’s), he has an opportunity to see the end-ills of our society – the ills caused by many of the indiscretions that I so vaguely alluded to in the former paragraph. In his opinion, if people could see the end result of their indiscretions, they may begin to alter their choices in the pursuit of better outcomes. He hopes the following list can textually provide that vision for you.

The Average-Day Encounters at an SNF

And this list could go on and on and on!

In Kevin’s years of experience in assessing these individual nutritional needs and discussing their care, he has gained a few insights that he hopes will be of benefit to you:

Everyone assumes tragedy will not befall them. Lesson: Rest assured, it will. Few people live with tomorrow, next month or next year in mind. Everyone lives for today. Lesson: Make it a point to live not for the day, but tomorrow and beyond.

Everyone wants to live their life in their own way right now, despite known potential consequences. When those consequences do arrive, the new rationale is “It’s too late!” Lesson: Make it a point to establish parameters with which you WILL change your behaviors if you are taking any such risks.

A good example would be to stop smoking and eat more fruits and vegetables when your doctor says you are at high risk for Colon Cancer.

Everyone succumbs to the normalcy of doing whatever is convenient whenever it is convenient. Lesson: Convenience in your life, in excess, leads to an excess of convenient problems (such as my above bulleted list).

Lastly, few people engage in challenging endeavors due to a fear of failing or being criticized. Lesson: Learn to challenge yourself, take pride in your failings (you will learn from them and discover your success has been buried under your fears) and look forward to when someone notices you as different (it lets you know you are doing it right)

Kevin says that while he does realize there are some people who just don’t care about poor outcomes, he still continue to believe that given the right information, many people would change their behaviors – maybe not drastically, but the Great Wall of China was started with a single stone!