You may have just been diagnosed with PCOS (polycystic ovarian syndrome). You're panicking. You have no idea what to do. All you know is it sounds bad. You probably have noticed abnormal weight gain. You may also be concerned about fertility among other things. It's important for you to realize that 5-10% of young women have PCOS. It's not as uncommon as you may think. 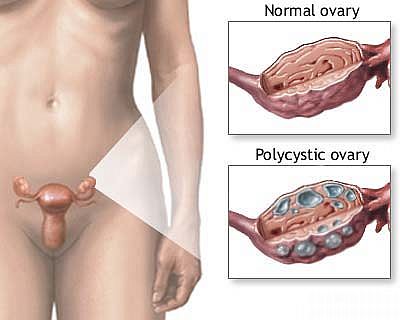 Weight gain is a common problem for those with PCOS. It's something that you're going to want to deal with right away. You're not going to want to put this off for a second. You may be young now. But, obesity can have life long affects. That's why you want to take this situation seriously and deal with it now.

Young women with PCOS often have high insulin levels. This is why diet is so important for those with PCOS. Your insulin level can be controlled through diet and exercise. Here we hope to go through some changes you should make in your diet. This way you can control your insulin levels without medication. Which you'll learn as you deal with PCOS is the best way to do it.

The first thing you're going to want to do is avoid anything with added sugar. You may not realize that some canned fruit has added sugar. Breakfast cereal is another place where they sneak in a lot of sugar. You'll be surprised once you start reading the labels. Make sure to buy unsweetened food. This way you can control the amount of sugar in your diet.

A lot of people think fruit juice is healthy. It can be. But, it can also be a source of hidden sugar. Drinking fruit juice can be the same as drinking soda pop. Generally speaking you're going to want to avoid both. The good news is that you can still enjoy diet soda pop. Fruit juice isn't totally out of the question. You're going to want to watch you're portion sizes. Quenching your thirst with a big bottle of fruit juice on a hot sunny day is something you should avoid. Reach for water instead. 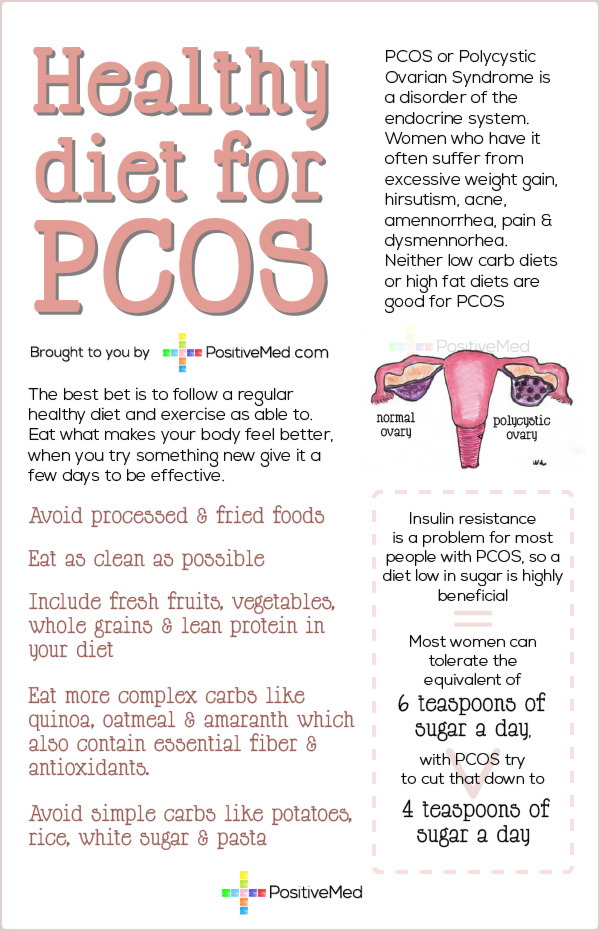 Did you know that processed foods containing tomatoes are often high in sugar? This is the reason why you want to read labels closely. Foods such as pizza sauce, ketchup, and spaghetti sauce can be loaded with sugar. You're going to want to closely monitor or eliminate them as much as possible.

Carbohydrates are what you want to pay close attention to. No matter if they are in the form of sugars or starches. That's why you're going to want to limit all pasta, breads, and grains. You don't have to avoid them. You just have to make sure that you're not eating too much. Always read the nutritional information on the label. This is the best way to avoid eating too much.

You'll want to forget about potatoes and rice. Replace them with wild rice and vegetables such as broccoli.

Eating healthy doesn't mean everything has to taste bad. It's going to take some time learning what you can eat. Make it fun. See it as a challenge. You're up for the challenge. It's because you're a strong person. You wouldn't be here reading this if you weren't. Take control of your health by eating a healthy diet today.