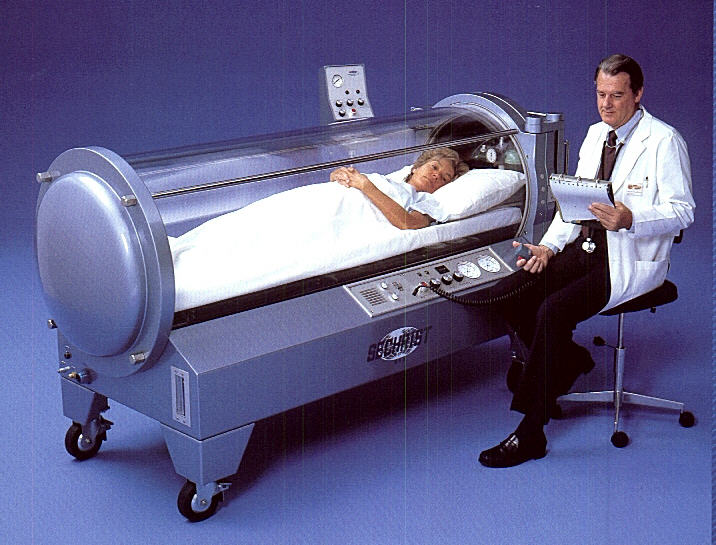 One of the downsides of being a sportsman is wrestling with an injury every now and then. It is generally believed that sustaining an injury is a part and parcel of any game, especially in a contact game like football. While the mild ones don’t take too long down the line to recuperate, the serious ones can be very painful, to the point that it may end the career of a sportsman instantly.

Every sportsman seeks a way to recover from an injury as quickly as possible because it is imperative to sustaining one’s career. The question, though, is what is the secret behind keeping injury at bay to prolong one’s career? Kirk Cousins, the Redskins quarterback, reveals his secret in an article.

Kirk Cousins has been using a personal hyperbaric chamber for a year. According to him, it has helped him out with his recovery in the football season with a gruelling schedule.

Cousins perceives the tool as a valuable asset that has played a vital role in helping him realize his full potential as a quarterback in the popular NFL.

Hyperbaric chambers are used to provide Hyperbaric Oxygen Therapy to recipients. It is a therapy based treatment that boosts the bodily defense, and promotes the body’s ability to heal or regenerate cells quickly. The therapy has been approved by the FDA for 14 medical conditions so far.

Two kinds of hyperbaric chambers – monoplace and multiplace chambers – are used during a session. The former can house only a single person, whereas the latter can accommodate two or more persons at the same time.

The popularity of Hyperbaric Oxygen Therapy (HBOT) has been picking up of late, and the coming up of hyperbaric oxygen treatment centers in the United States at present makes it crystal clear. That said, the prospect of owning a hyperbaric chamber is a relatively new but a growing trend among sportsmen and athletes.

Not too long before, another popular personality in the world of sports, Rashad Jennings, had also revealed that the reason why he was able to keep fitness issues at bay and maintain his fitness, was because he used to sleep in a portable hyperbaric oxygen chamber for hours.

When we talk about portable hyperbaric chambers, people generally are of two minds about going for it due to its cost, and its size. The best part, though, is that there are hyperbaric chambers available in different sizes, and most importantly at different prices to suit the budget, and meet the requirements.

Generally sportsmen tend to pay more attention to their fitness than anything else. In this connection, Cousin says, “I want to play this game as long as possible so I’m trying to be very proactive in doing the right things.”

When asked about what prompted him to shell out his money to buy a hyperbaric chamber, he said that someone who is close to him, recommended it, and after knowing its benefits, he was thoroughly convinced about its usefulness. Cousins believes he’s got his money’s worth after a year as it has already made a huge difference to the ability of his body to recuperate quickly.

If we delve into the technicalities, the experience of using the chamber as shared by the Redskins quarterback, is the effect of inhaling 100% pure oxygen under a higher atmospheric pressure, which then gets into the body, and reaches those parts of the body that are devoid of it. Experts believe that it not only stimulates healing, but also steps up the defense of the body.

HBOT promotes the capacity of the white blood cells to fight harmful bacteria. This is an aspect that helps the recipients of the therapy address many fitness issues.

It can be concluded that the use of portable hyperbaric chambers is gaining ground resonates further with the positive review given by Cousins.