Most of us experience trauma in our lives, in some way or the other. The word “trauma”, though ambiguous in its meaning in general sense, means “a physical injury” to the body. While it may not always be serious if experienced in other parts of the body, a traumatic brain injury (TBI) can be disastrous to the brain.

TBI is virtually an everyday event for military men, especially those who are deployed in war zones. For instance, the serving US Military men who are on duty in Iraq and Afghanistan where bomb explosions are commonplace, either complain of TBI or post-traumatic stress, upon returning home. Consequently, they try out different kinds of treatments, including therapies, to relieve themselves of the condition.

Interestingly, a majority of them have conceded that Hyperbaric Oxygen Therapy (HBOT) has been more beneficial than other treatments that they have undergone. This further highlights the importance of exploring the possibility of using the therapy based treatment for the treatment of traumatic brain injury.

What is Traumatic Brain Injury?

Traumatic Brain Injury (TBI) is a trauma or a physical injury to the brain. Considering the importance of the brain to the body, it becomes clear why any damage to it can have serious ramifications for the body. 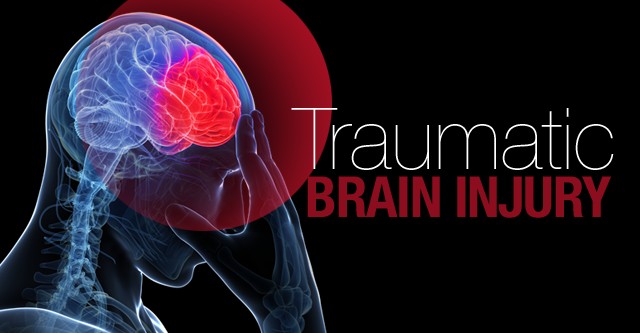 What constitutes a major difficulty related to the condition is the fact thatThe fact that unlike an injury to any other part of the body, it brings both psychological and neurological symptoms traumatic injury to the brain. Therefore, the symptoms and disabilities that arise from it oftentimes have a devastating effect on both body and mind.

In many cases, a TBI may go undetected. Further, the symptoms of TBI may either appear immediately or gradually down the line. Based on severity, TBI is classified as either mild or severe.

A brain injury is mild if the damages, such as confusion or loss of consciousness etc. occur in 30 minutes, otherwise it is considered severe; cases in which a penetrating skull injury is detectted between 30 minutes and 24 hours also come under the category of severe traumatic brain injury.

There can be a wider range of complications as a result of TBI. Besides memory loss, and abnormal speech, the damage may also extend to the loss of functioning of certain organs of the body.

The profound effects of TBI necessitate rehabilitation for its survivors. A brain trauma, even if it is mild, can instantly influence aspects such as family, job, social life etc. of a survivor. Rehabilitation puts them on the road to recovery.

What is Hyperbaric Oxygen Therapy?

Hyperbaric Oxygen Therapy (HBOT) is a therapeutic medical treatment, involving a therapy in a pressurized oxygen tube. Under the treatment, a recipient is given 100% pure oxygen with a hood or a mask. The barometric pressure in the tube or chamber is heightened to more than normal.

Two types of tubes or chambers are used to administer the therapy – monoplace and multiplace. The former is designed to accommodate only 1 person in a session, whereas the latter can accommodate two or more people in it at the same time.

The cornerstone of the treatment is that the damaged cells can be brought back to life by supplying oxygen at an increased amount under high atmospheric pressure. This not only promotes the capacity of the cells to heal wounds, but also enhances their ability to fight disease causing microbes, bacteria in particular.

That the therapy has been gaining in popularity, and has emerged as a favorable treatment, especially among people in the United States, is an open secret. Besides, the fact that it does not need a surgery, adds to its advantage.

We live as long as our cells live and vice versa. In order to stay alive and function properly, cells need a healthy supply of oxygen and nutrients through blood. When a part of the body gets damaged, the cells that constitute it, also get damaged. This alters the mechanism involving the supply of oxygen to various parts of the body, thereby preventing the cells from getting an adequate supply of oxygen.

The supply of oxygen is vital for brain cells, to the point that they start dying as soon as the movement of oxygen dissolved in blood cells is chocked. This is exactly what happens when there is a brain injury.

Hyperbaric Oxygen Therapy corrects the condition by saturating the oxygen-deprived cells with pure oxygen. Although the brain cells that are permanently damaged, cannot be enlivened, those that are partially affected, can be brought back to life by virtue of injection of pure oxygen in a pressurized atmosphere.

A study indicates that Hyperbaric Oxygen Therapy can be beneficial for patients with TBI as it results in reduction of apoptosis, upregulation of growth factors, promotion of the levels of antioxidants, and inhibition of cytokines, as detected in animal models.

To sum up, we can safely say that although it has not been approved by the FDA for the treatment of brain injury thus far, it is likely to bring about the same benefits as described by the study, if provided to a survivor of brain trauma.