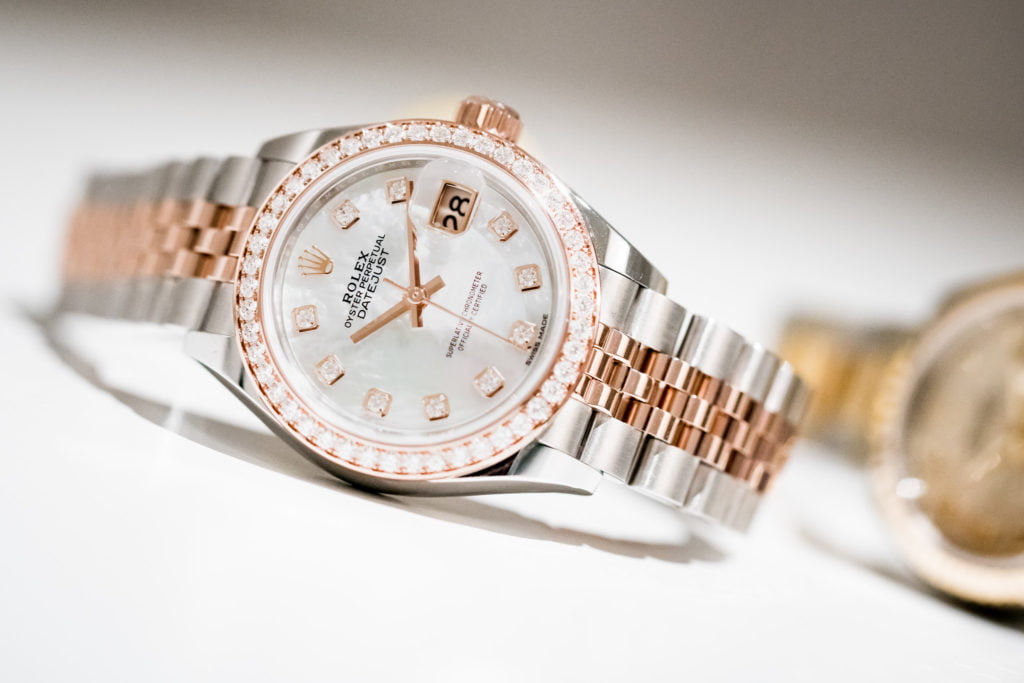 We live in an era where wristwatches are not utilitarian tools anymore. Watches have transcended their roles as time-telling devices and have become symbols of social status. Watches are much more than they ever were. Quite frankly, they have become exactly what the society needed them to be, a fashion accessory. This was necessary as, without this conversion, wristwatches would not have survived.

But the luxury watchmaking industry has defied all odds. Despite the rise of much better alternatives in the form of Quartz timepieces and smartwatches, the Haute Horlogerie markets are thriving with some of the best creations ever recorded.

The watches mentioned below are not only exquisite creations but they are also a testament to the fact that we as a society will always give importance to something as long as we think it is beautiful.

Rolling In The Deep

No, this is not a reference to the popular song. It is, in fact, a reference to one of the most functional timepieces ever created. As a matter of fact, it is so functional that it is almost rendered useless given our natural inability to dive into extremely deep waters. The watch in the discussion here is the Deep Sea from none other than Rolex. The watch is a fantastic example of what sincere research and development efforts can lead to. Although a bit too thick and bulky for some, the timepiece functions on a ring-lock system that allows it to be water-resistant to up to 12,000 feet. Yikes!

Elegance has no language, or does it? The tradition of making fine high-end watches is an old one and it has its roots that go way back to the 19th century. It was followed by the Dolce Vita movement followed by the era of large wristwatches. The Ballon Bleu from the house of luxury goods maker Cartier is a fine culmination of all these unique periods. This amazing watch creates a design language of its own and lets you similarly express yourself.

The Era Of The Avant-Garde

The Excalibur from Roger Dubuis is all about class and innovation. The timepiece looks like everything a car aficionado would want and then some more. The dial resembles the honeycomb patterns on the grills of the Lamborghini Huracan and the rubber used in the straps is from the Italian tire manufacturer Pirelli.

The Serpenti does a pretty good job in utilizing the mystique surrounding the creature we know as the snake. Although the reptile is almost always portrayed as the bad guy, it does have a certain significance about it. It is a major participant in almost all religions and faiths. Bulgari did an excellent job in converting this design into an international phenomenon by making available to the public. Some even consider the Serpenti as the most luxurious design in Haute Horlogerie. But who knows, no one is keeping score.

The world of watchmaking is always full of surprises and you never know what might hit you at the next corner. The same can be said about the Tourbillon Sapphire from the watchmaking wizard Richard Mille. The timepiece is built from a whole block of sapphire crystal. If you think that’s crazy, you do not know the half of it. The case alone takes about 960 hours to be made. No wonder this also happens to be the most expensive watch in mass production available out there.

The Universe In Your Hands….

The Siderale Scafusia from IWC is a product of pure creativity and unlimited imagination. The watch is an extravagant addition to the Swiss watchmaker’s collection that will literally let you navigate the stars around our planet Earth. The timepiece has a map of the stars surrounding our planet at the back panel and it is just mystical.

….Or Maybe On Your Wrist

There is quite the competition in the luxury watches industry and Jacob & Co.’s Astronomia is a great example. You thought the Siderale Scafusia was good? Wait till you see the Astronomia. The rather esoteric timepiece has a reference whose case is made out of a single lump of sapphire. The watch has an open-worked layout that displays all the intricacies going on in the background.

The realm of haut de gamme watchmaking seems to have no limits as such. Every other watch manufacturer looks for an opportunity to up the ante and perhaps that is what makes this industry so great. Do the watches really have to be so expensive, though? Well, that is a question for another day.

deepikamahajan is author at LeraBlog. The author's views are entirely their own and may not reflect the views and opinions of LeraBlog staff.