Halloween might still be a few months away, but that doesn’t mean its too early to start thinking about what to wear on the spookiest night of the year. After all, Halloween is now seen as the number one night to get dressed up to impress. While donning the best possible fancy dress outfit on the 31st of October is these days considered to be somewhat of an American custom, Halloween is traditionally an export from across the Atlantic Ocean. Believed to have roots in Pagan festivals, it was brought to the USA by Irish and Scottish immigrants in the nineteenth century. These migrants believed that on the 31st October, the boundaries of the living world and dead world would overlap, causing the dead to rise and bring death and distraction to the crops so close to harvest. To ward of the evil spirits, revellers would light fires and don masks and costumes in an effort to protect the crops, thus ensuring everybody had enough food to see them through the hard winter.

While we might not have to worry too much about crop production these days, the tradition of donning costumes hasn’t really changed. In these modern times people continue to use Halloween as an excuse to dress up for parties and nights out. From spooky mummies to vampires and bats, the possibilities are endless with the right tools of the trade. To make sure that your costume stands out, plan in advance and make good use of face paints, wigs and contact lenses for maximum effect. Here are a few inspirational ideas to get you thinking about what you might wear this Halloween. 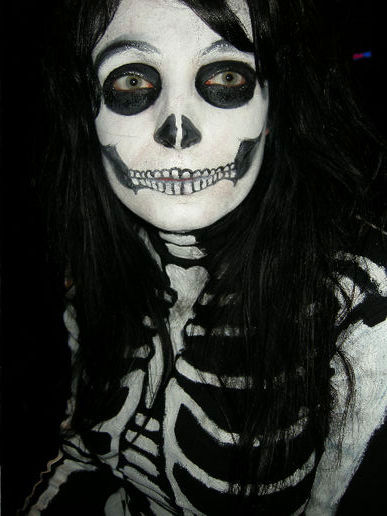 Personally, I don’t find this costume scary. For me, skeletons evoke warm childhood memories. Perhaps they did conjure up scary images in childhood, but there’s something fun about being all bones, and its an easy look to recreate. You can pick up full body Halloween costumes with a print on, or if you’re feeling thrifty, a black t-shirt and leggings or bottoms with some white sown on patches would do the trick. Black and white face paint is a must to make sure you have the look from top to toe, and maybe look at some all black or all white contact lenses and some coloured hairspray in silver or white to really finish the job. 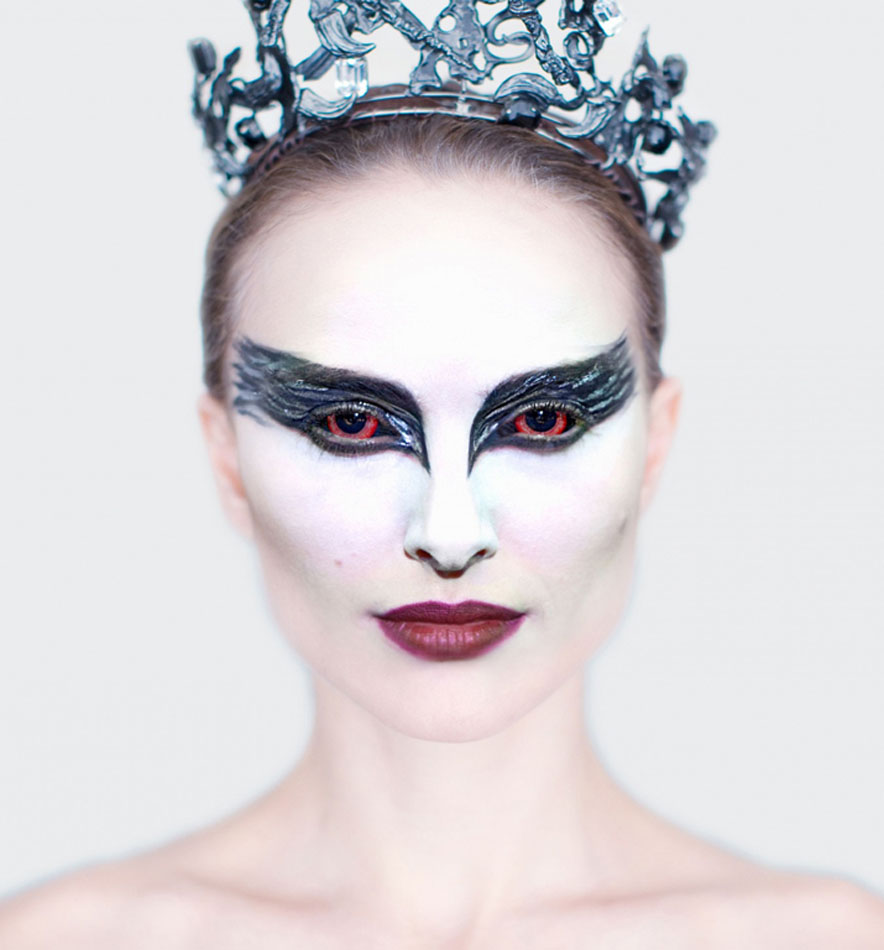 Just because its Halloween it doesn’t mean you can’t be creative! Instead of plumping for the obvious, like a vampire, why not try use a little lateral thinking? Pick a character from a recent movie, superhero’s are always a winner, and its pretty easy to pick up a superman or iron man costume online. If scary or spooky is a must, but you still want something a little classy or sexy then here’s a great one for the ladies: Mila Kunis played a great role in the film The Black Swan, why not give it a go yourself? Black tutu, stark, contrasting black and white face paint and slicked back hair would not only look dark and moody, but also look cool and sexy too. If you can find the contacts to match, you’d really be on to a winner!

Not every Halloween costume party has to be full of ghosts and gouls. In fact these days most people just use the event as an exuse for a big fancy dress party, and why not?! If you’re going to a no holds barred event and you’ve got full creative licence, then you can go crazy. Funny costumes always go down a storm and get people talking and laughing. Here you can really think outside of the box. Go as a bad celebrity, a Smurf or an item of food. Or maybe get together with your friends and see who can come up with the worst costume of all. But don’t be fooled, sometimes trying to think up the worst idea is the hardest of all! 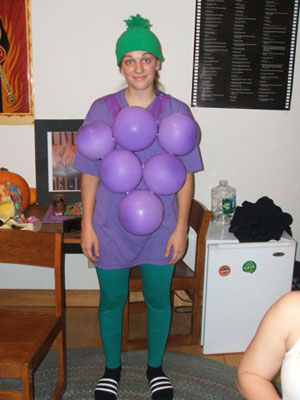