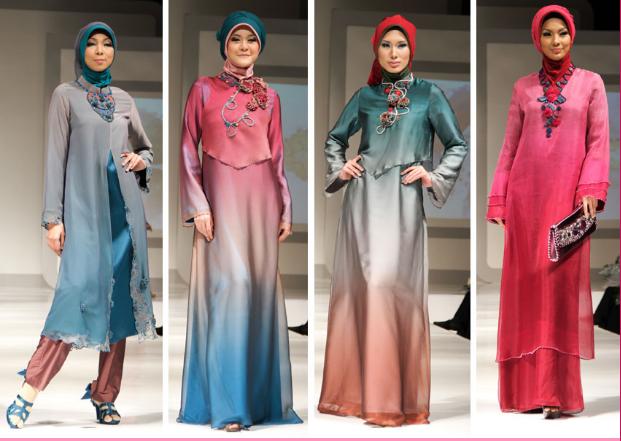 Fashion is an integral part of religion, faith, and culture throughout the world. Naturally, the importance of fashion varies between communities. One culture and religion where fashion is highly valued, or at least highly important, is that of Islam.

Why a Big Thing?

The primary reason why fashion is so important in Islamic culture is because the Koran features teachings and guidelines around what clothing and styles Muslims should wear. Garments such as the burka and the hijab, for example, came about to meet the requirements laid out by Allah's teachings.

However, in the past, Islamic fashion has been widely criticised, particularly by women's rights groups both from inside and outside of the religion. This has been mainly due to the way in which many feel that modest dress, particularly garments such as the burka, oppress women and prevent them from playing a full part in society, whether that be at work, around the home, or in another environment.

How can something undergo such a dramatic change in such a short space of time?

Perhaps the most striking aspect of modern Muslim fashion is that it still meets all of the requirements and expectations laid out in the Koran. Modest and conservative clothing is still to be found being worn my Muslim women around the world, yet it has been allowed to be much more daring and inspirational.

The hijab, for example, that we mentioned earlier, is one of the central garments of Islamic fashion. While these have traditionally been worn in conservative colours such as grey and black, today they look like any fashion accessory you would find in top stores around the world.

A range of colours and patterns mean that these garments can be worn to complement any outfit, while remaining tasteful and true to their religious roots.

There are many examples of great styles that are popular within Islamic fashion. Kaftan dresses are another garment that offers a range of colours, but more importantly, they are an excellent piece that the modern Muslim woman can wear to work, in a social setting, or comfortably at home.

These small yet profound changes to the clothes that Muslim women wear have had a huge impact on the way they can live their life.

In the past, Muslim women would traditionally not go to work, their role would be as a parent and homemaker, predominantly. Now, as the perceived barriers that old attitudes to clothing have been broken down, more Islamic females than ever before are playing multiple roles in their own lives, and society as a whole, going to work full-time, still being parents, and having a healthy social life, too.

It is these changes that gives Islamic clothing such an inspirational feeling. For millions of women, fashion has changed their lives forever.

Aisha is a fashion writer with a passion for all elements of Islamic fashion, from the evolution of garments such as the hijab to the luxury of modern abaya cloaks and kaftan dresses.