You’ve might’ve run into Mormon missionaries in various cities around the globe, due to the worldwide nature of the Latter-day Saint (LDS) church. Typically dressed in Sunday best and paired in twos, nearly 70 thousand of these young men and women serve missions in about 190 different countries.

Mormon missionaries come from near and far, devoting 18 months to two years of their lives in full-time, unpaid service all over the world. That might seem like a huge amount of time for a person to spend away from friends and families, until you consider where they often are in life.

They look young because they are young: most are between the ages of 18 and 25, and the general timing of missions allows them to leave sometime during their college years, well before they jump start a career. 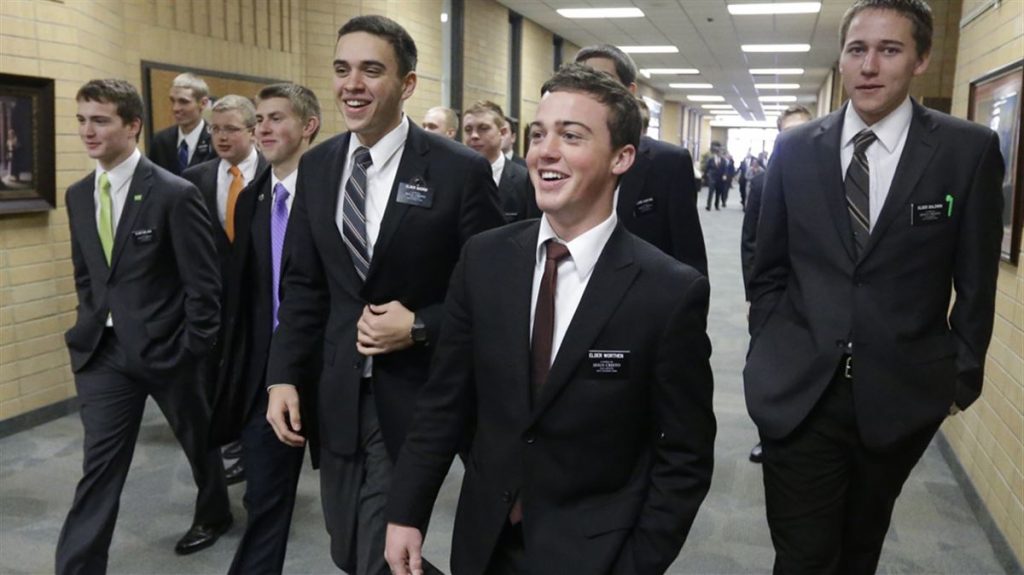 Because of the long duration and great expectations of missions, a good amount of preparation takes place beforehand. Those who apply must pass medical examinations and receive recommendations from local ministering leaders.

Once they’ve received their “mission call” telling them where they will be serving, they go to one of 15 Missionary Training Centers to receive instruction on effective communication skills such as teaching and listening. Some missionaries spend up to 12 weeks learning a language there before being sent off to another country where they are expected to help and converse with native speakers.

If you’ve known someone who’s left for one, you may have wondered “what is an LDS mission, and what exactly do Mormon missionaries do?” As you may have guessed just by seeing them, missionaries are paired into same-gender companionships and must stick with their companion 24/7 for their own safety.

They wake up at 6:30 every morning to exercise and study scriptures and other religious materials. Before lunch, they prepare lessons together for every person they plan on teaching that day. After lunch, they’ll spend much of their day talking to people, serving the community, or teaching lessons to those interested in the LDS church or their teachings.

These activities go well into the evening; though they break for dinner, companionships don’t return home until 9 or 9:30 at night, at which time they plan their schedule for the following day and turn in for bed.

There’s one day a week you may see missionaries outside of their regular suits and skirts attire. On what is called “preparation day” they write home and attend to other errands such as groceries and laundry. Some may even go hiking or play basketball at a local court for fun. 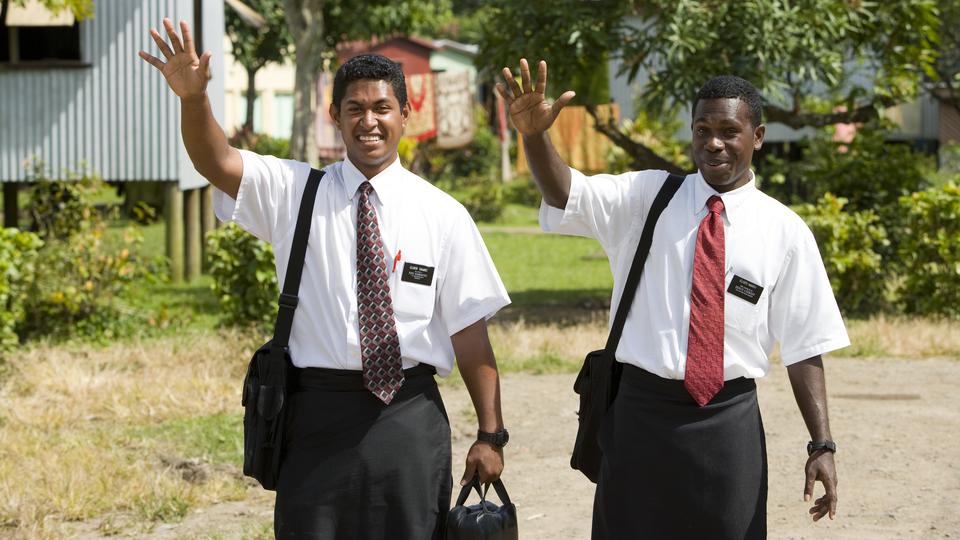 Other than being with your companion at all times, Mormon missionaries abide by some strict guidelines. As stated before, they must wake up at 6:30 and be in bed by 10:30, and they are required to dress in ties for the guys and skirts or dresses for the girls. They are requested to leave any romantic relationships behind so they aren’t distracted from their purpose as representatives of Jesus Christ.

They only email or write letters to friends and family once a week on preparation day. Otherwise, they make phone calls home on Mother’s Day and Christmas. Missionaries are not permitted to consume any media other than the scriptures, and so they abstain from television, movies, music, and additional forms of literature. This results in some big adjustments on their return home, but otherwise helps them focus on the whole point of serving a mission.

WHY THEY CHOOSE TO GO ON MISSIONS

The reason behind the decision to serve a mission varies among Mormons. Most males feel an obligation to go, as there exists a greater expectation for boys to devote time to service. Female missionaries are less common, as the choice is usually seen as theirs to make.

Many missionaries chose to serve a mission because they feel a need to share what they consider the “good news” of the gospel with other families around the globe. Others simply believe it is another way to follow Jesus Christ’s example of service and counsel to His disciples to share the word with all the world. Either way, the decision is usually pretty personal, and despite the difficulties involved, Mormon missionaries appear to love what they do.