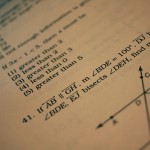 Mathematics- it's very much a marmite subject. There are kids who see numbers and equations and fall into a state of confusion and dread. And there are others who cannot help but find correlations and interesting patterns in any mathematical content we present to them. But pupils need not have such a volatile relationship with the subject. Maths can actually be pretty cool! There are some incredible people behind those equations - people who have changed the face of mathematics- and they're definitely worth learning about! So why not use them as a way to inspire a love of maths in children?

Who knows - after reading up on some of them, those non-believing pupils may just find those equations start to look a little more friendly â€¦ 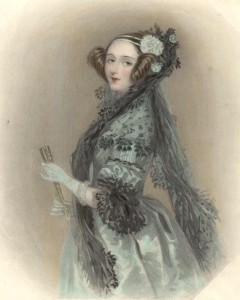 Aside from her awesome surname, this countess is sure to win the kids' attentions when they discover she was the first ever computer programmer. Born in the early 1880s, Lovelace was centuries ahead of her time in her ideas about calculating machines.

Whilst she was unable to complete her transcripts and ideas on this concept due to her tragically early death, Babbage (the man with whom she worked) defined her as an "enchantress of numbers." A woman with an incredible talent for maths who went against the constraints of what was considered female propriety at the time. 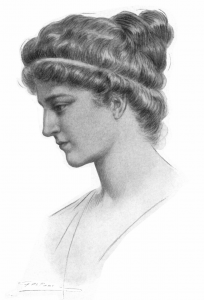 Another woman; another mathematician; another premature death. Although this time it was an incredibly gruesome one. Born in Greece during the 4th century CE, this scholar edited the most influential Greek mathematical text of all time: Euclid's "The Elements," a collection of essays on mathematical and geometric content.

Yet, although she was respected by males in her hometown - Hypatia was branded by Christian monks as a woman who didn't know her place. As a consequence, she was pursued until her chariot was stopped after which she was taken, stripped and murdered before her body was burned. Ouch! 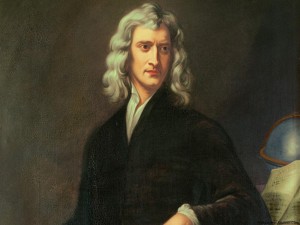 You know Isaac? The guy with the apple who began to question the force of gravity after considering why it was that an apple should fall from a tree in a way that is always perpendicular to the ground? Well, this man was also very skilled in the field of Mathematics. Although unfortunately for him, it turned out there was a man called Leibniz who developing calculus at the same time.

Whilst both men took very different approaches, Leibniz still beat Newton in publishing his work first. Although it's pretty safe to say that Newton still came on top, as the more well-known of the two, with many more allies rallying in his favour. 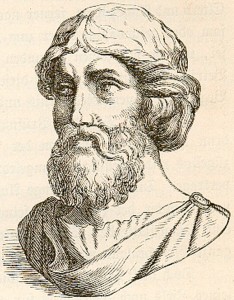 If you're clued in on mathematical trivia, you would immediately know what Pythagoras is famous for, his Pythagoras Theorem of course! This is the name given to one of the most popular geometric formulas of all time: a2 + b2 = c2 -relating to the sides of a right-angled triangle.

The man considered to be the "father of numbers," has also held great influence in the field of Philosophy. Although curiously, there is no record from the time proving that he ever existed! 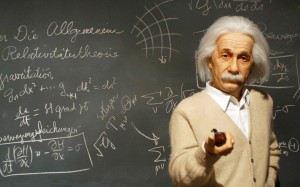 Who could forget good ol' Einstein? His genius has earned him an infamous status on the world's stag, with his character portrayed by numerous television and movies. For a recent example, Einstein has featured as a ‘bobble head’ character in Night at the Museum- so the kids are bound to have heard of him before from somewhere! This is because Einstein was a phenomenal mathematician and scientist, offering ground-breaking theories on relativity.

This ladies' man certainly lived an intriguing life, but he was always destined for greatness; why? Because when he was born, his mother commented that she thought he was deformed because his head was so large and misshapen!

She would go on to realise that although his head did look a little oversized, her son's cranium certainly contained some of the most intriguing and well-regarded theories mankind has ever expressed.

Mathematics is full of intriguing and colourful individuals. Some recognised for their gory deaths, others for their sayings on apples. But most importantly, they are remembered because of their amazing contributions to mathematics.

So it's crucial that teachers consider inspirational figures in their lessons and use their stories to teach maths to children in new and creative ways.

Do you have any other cool mathematicians to contribute? Comment below!