Tyres have become such a ubiquitous part of modern transport that it's difficult to see how we could do without them. Isn't it?

Tyres. How could we ever envisage a transport system without them? As the point of contact between the vehicle and the surface, they are arguably the main determinant of the comfort, handling and, ultimately, safety of our vehicles. 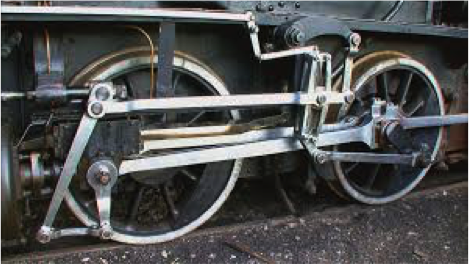 When we think of tyres, we tend to picture the vulcanised synthetic rubber, pneumatic car tyre which has evolved down the years. But the term "tyre" can be applied to any interface between the vehicle's wheel and the surface on which it runs. Even before Messrs. Dunlop and Thompson, working independently, came up with their ground breaking invention, vehicles had tyres. Cart wheels were shod with iron rings, largely because the vehicles' wooden-constructed wheels would otherwise have disintegrated under the strain. Railway vehicles' wheels are also fitted with tyres. In this case, the hard steel tyre protected the more brittle typically cast iron wheel as well as reducing rolling resistance on the rail and giving a smoother ride.

But it's the pneumatic tyre which has really revolutionised road transport, allowing faster, safer and more comfortable journeys. Pneumatic tyres themselves have gone through quite an evolutionary process too, from the early, very simple airtight tube to the modern marvels of engineering and construction using steel belt webbing, and with progressively lower profiles and greater road contact surface area increasing stability, safety and prolonging tyre life. Even the way we buy our cars' tyres has been revolutionised by companies like Avatyre supplying a huge range of the best price tyres online. 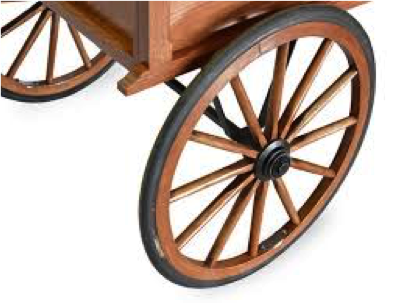 It's not just road transport that relies on the rubber. Modern air travel needs the pneumatic tyre too. The Airbus A-380 landing gear, for example, has 22 of them. Imagine kicking that lot on your pre-flight walk around!

So could we ever envisage a world without tyres? Well, there are some exceptions to the rule in all forms of transport.

Rail transport, for instance, still largely relies on steel-shod wheels, but a form of rail transport which has been around, at least in concept form, since the mid 1950's, and which largely eschews all contact with the ground has recently been in the news again. Magnetic levitation (Maglev) uses powerful electromagnet to lift the rail vehicle off the rail surface, reducing friction to almost zero and enabling extremely high speeds - up to 375 MPH-to be achieved, as this recent article on the BBC's news website reports.

Air travel nowadays is almost the exclusive preserve of land planes, but in the early years, seaplanes were the mainstay of long haul air travel and before that, the rigid airship was clearly quite able to get by without any form of landing gear. While the days of the Empire Flying Boats may be long gone, the idea of lighter-than-air airships is still one which is still alive thanks to specialist firms like Airship Industries, and keeps resurfacing as a practical possibility for the future.

It's road transport, however, where the pneumatic tyre is unlikely to be supplanted, even in a limited sense, in the short term. Transport technology flirted with the idea of the hovercraft for a while, but economics, in transport as in other forms of technology, will usually win out. The simple reality is that the best price car tyre remains unsurpassed. It seems certain that the relatively simple and cheap car tyre is likely to dominate road transport for many years to come.

Ed Davis is a travel industry writer and analyst with a particular interest in aviation, although living in Bedfordshire and working in North London means that most of his journeys involve the road transport, usually the M1 motorway, in some form or other. Transport of another kind provides his main source of recreation in the form of a narrow boat based on the Grand Union Canal.