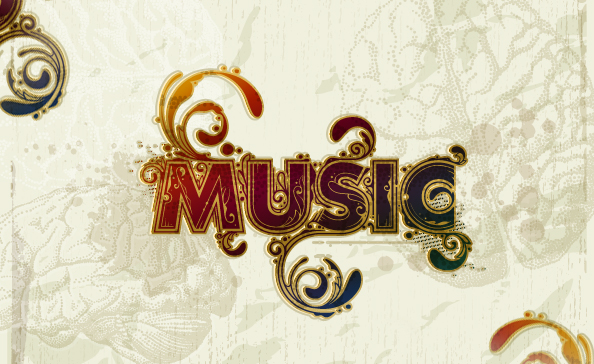 If you’re a graphic designer, writer or other type of creative professional you’ve undoubtedly experienced peaks and valleys in the creativity department. One day, you’re loaded with ideas you can’t design or write fast enough; the next, you’re staring at a blank page (or screen, as it may be). Search the web, and you’ll find plenty of so-called cures for writer’s (or designer’s) block; but none are guaranteed to work. What might boost your creativity, however, is listening to music.

Research has proven a direct link between music and cognitive ability. It’s also shown that workers who listen to music are more productive. Intelligence and productivity can be measured to some degree; for example, a simple study might compare the test scores of those who learned material while listening to music. Another study might compare the amount of work completed by those who listen to music while working versus those who do not. But creativity is more difficult to measure: it’s hard to say that a certain design or passage is more creative than another.

Perhaps uniqueness should be the measure of creativity. If so, then it would be interesting to see the results of a study of graphic designers who listen to music while they work versus those who do not. Those whose designs were different from the "norm" might be considered creative. But being different doesn’t necessarily denote creativity, either.

I imagine a day when we can download a mobile app that tracks everything we do, then populates a massive database with randomized data until a scientific researcher needs that data. If this happened, scientists could be able to compare how music affected cases of designer’s block. Still, such data collection would be compulsory, lest we allow Big Brother to take hold of our lives.

But I digress… Perhaps the best way to measure the function of music in relation to creativity is to test it for yourself. Perform a self-test: alternate days in which you listen to music and days you do not, and track the work you completed each day. Later, go back and see which work you deem most creative, then see if you listened to music on the day you produced it.

Next, try listening to different types of music: top hits, metal, alternative, classic rock, oldies and mixed, etc. Compare your creative efforts according to music genre to see if it has any impact. Given the role music plays in cognitive ability and productivity, I’m almost certain you’ll judge yourself to be more creative on "music days." And once you identify which genre (or combination of genres) seems to contribute to your individual creativity, you’ll have given yourself a tool you can use to craft better work, faster. That, in turn, will lead to a more profitable business.

Of course, you will also have to consider familiarity. If you do discover that music enhances your creativity, you might also find that you build a sort of "tolerance" for it over time, and the effect music has on your creativity wears off. You might not find that, either, but if you do, you could revert to alternating "music days" or simply to employing music whenever you hit a creative rut.

I can’t say with absolute certainty that music will enhance your creativity, but in my experience it certainly doesn’t hurt. I often find music the perfect benign distraction for my subconscious; it frees me to work without feeling the pull of Facebook and other productivity-killers. And yes, there are times when I feel it bolsters my creativity - especially when I play music that fits the mood of the piece I’m working on.

What about you? Do you listen to music while you work? Do you feel it enhanced your creativity? Why or why not?

bmorris is author at LeraBlog. The author's views are entirely their own and may not reflect the views and opinions of LeraBlog staff.