Today, sailing is easy thanks to all the maps and navigation systems but also use of technology. But, only a few centuries ago, the situation was completely different. It is the captains of those ships we should thank for all the charts and maps we have today. They paved the path of cartography and hydrography for future generations.

Hydrography refers to the measurement of the different physical characteristics of water bodies. These features include waves, currents and bottom depth. Traditionally, hydrographic surveys were carried out mainly to come up with navigation charts. Today however, these surveys have many applications. The surveys are used in gas and oil industries, fishing industry and also to leisure activities.

Why hydrography is important

The oceans cover almost 70% of the entire earth surface. Also, man's use of the sea is on the increase every day. This is why it is important for us to know all that is going on at the oceans. However, a good majority of the oceans is currently unsurveyed which means that even more hydrographic surveyors are needed.

In the U.S., the National Oceans and Atmospheric Administration (NOAA) is the body that is tasked with conducting hydrographic surveys which aim to measure the bottom and depth configuration of bodies of water. This data is helpful in developing hydrographic models and updating nautical charts.

Water depth is the one type of data that is common to all kinds of hydrographic surveys. Many surveyors are also concerned with nature of sea floor material including sand, rock or mud because this impacts a lot on dredging, anchoring, cable routing, pipeline, structure construction and fisheries habitat.

People who contributed to modern hydrography 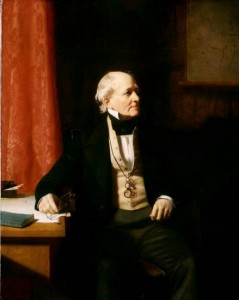 Francis Beaufort was an Irish hydrographer and who was a descendant of French Protestant Huguenots that ran away from French Wars of Religion back in 16th Century. Born on 27/5/1774, Beaufort is known for being one of the pioneers in hydrographic surveys. He grew up in Ireland and Wales until when he was 14 years old.

Following his accident at sea because of inaccurate charts, Beaufort had a keen awareness of the importance of accurate charts. His most notable accomplishments were to be seen in nautical charting.

After his injury in 1800, Beaufort returned to full service and was soon appointed Captain in Royal Navy. Beaufort, unlike his wartime colleagues, spent his leisure time mainly taking soundings and bearings. During this time, he also made astronomical observations that helped him measure shorelines and also determine longitudes and latitudes. He compiled his findings in new charts.

Beaufort was given first ship command, namely HMS Woolwich, and his main task was to carry out a Rio de la Plata's hydrographic survey. The survey he brought back impressed experts a lot. 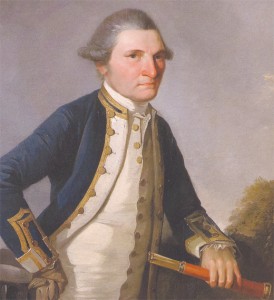 James Cook, known simply as Captain Cook, is another person that contributed immensely towards modern hydrography. He is credited with conducting several voyages, the most well-known of which was when he took six months to chart the coast of New Zealand, some 2,400 miles. He also charted another 2000 miles on Australia's east coast in a period of just 4 months. Although he completed these voyages in relatively short spells, they were remarkably accurate. By comparing the chart that he produced for New Zealand and the modern one, the difference is very small, not even more than a half a degree. 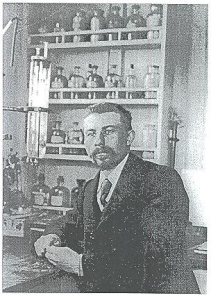 Jens SÃ¸rensen is often referred to as Denmark's first hydrographer. Born in 1646, he was a hydrographic surveyor who had only meager knowledge in science, and used very simple tools in his work, yet achieved remarkable things. It is often said that if he had been a resident of a bigger nation that had more abundant resources, there is no doubt that he would have become one of the best hydrographic surveyors of his time.

He is credited with bringing conscientious dedication, diligence and passion to his hydrographic job. His commitment to his work was easily seen in the charts he came up with.

Jens SÃ¸rensen is remembered with the letter that he wrote to the Danish King in 1669 showing why his country needed to have nautical charts, and more specifically in the region of Baltic Sea. Here, he wrote, only Dutch charts had already been developed. Being the son of a ship owner, he understood the importance of nautical charts when he was just 21 years. He had a good understanding of shallows and hidden underwater rocks, and he used this knowledge to demonstrate to the king about his capabilities. Part of his request to the King was to be employed as a hydrographer, a request which he eventually got. 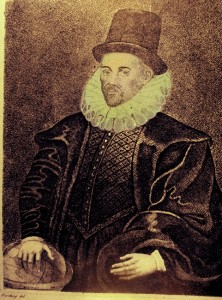 Robert Norman wore the many hats of being a mariner, hydrographer, and compass builder and is the person who invented magnetic inclination, which refers to the deviation of the magnetic field of the earth from the vertical.

He is also known for a pamphlet that was published 1581, called The Newe Attractive which described pragmatic aspects of navigation and loadstone. The pamphlet also included magnetic dip, which Norman had discovered. So famous was he that Norman on the Moon crater was named after him.

Today, the hydrographic surveys are done with the aid of multibeam sonars and other hi-tech machines-things these famous, brave men could not have dreamt of. For that reason, it is important to pay tribute to the people who made hydrography what it is today because without them, this could not have happened.

Lana Wilde is author at LeraBlog. The author's views are entirely their own and may not reflect the views and opinions of LeraBlog staff.