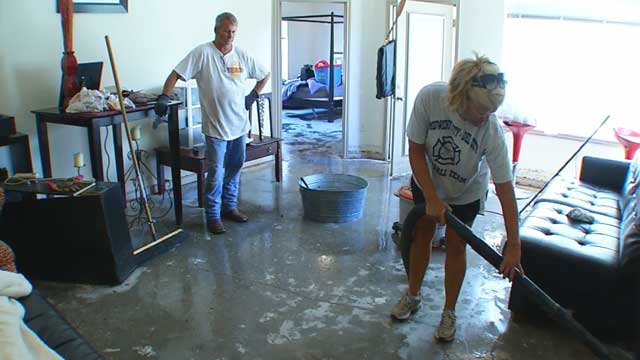 Eventually, pipes break, and it can happen for a number of reasons. Shifting ground due to earthquakes can play havoc with in-ground pipes, and flooding can overwhelm many types of pipes besides sewers pipes. If that isn’t enough to worry about, fire-safety sprinkler systems occasionally malfunction, sending showers of water to soak everything from important documents to office furniture and carpets.

Sunday, February 2, 2014 brought a nearly weeklong shutdown to the office building standing at 420 W Main St. in Oklahoma City. Thanks to a sprinkler system pipe that broke, over a million gallons of water where sent gushing into the basement. The depth of the misplaced water was nearly 12 feet, and employees who work there were told to stay home the next day. Soon, management set up temporary work sites for the displaced employees, many of whom work for the city. Additionally, firefighting crews didn’t waste any time in pumping the floodwater to the storm sewer network in the street.

According to analysts for the city, costs to repair the damage are still mounting and being calculated. Besides the initially apparent damage, the electrical system was knocked out and may have damage as well. One positive note is the fact that the incident happened on a day when the offices were closed, because with no electrical power the elevators in this 10-floor building do not work. Eventually, generator power kept one of the elevators in operation.

Unfortunately, more than 600 employees, many working for public utilities, were told to stay home the following Monday until further notice. However, the majority of workers were back on the job by Wednesday. Public utility customers experienced little hardship, because a temporary helpline was established to answer questions. When a building is flooded, many unseen problems may arise. Some of the damage, other than ruined office furniture, that causes repair costs to shoot skyward includes:

The occurrence of a public building shut down due to flooding is nothing new for this district. Just last year, another building that houses offices for the city was inundated by torrential rains, which caused the structure to flood. More than $2 million was assessed as the amount needed to fix the damage. Furthermore, the office building, which is located at 100 N. Walker Ave., was unusable for much of the subsequent seven months.

As one city spokesperson who surveyed the flooded basement explained, not only did the water reach the ceiling in the basement, it was muddy and had floating debris. Office furniture, records and other supplies brought the cost of repair to well over $7 million. Thankfully, the building was protected by flood insurance. However, the deductible taken from the city’s coffers still hurt, at over $1 million.