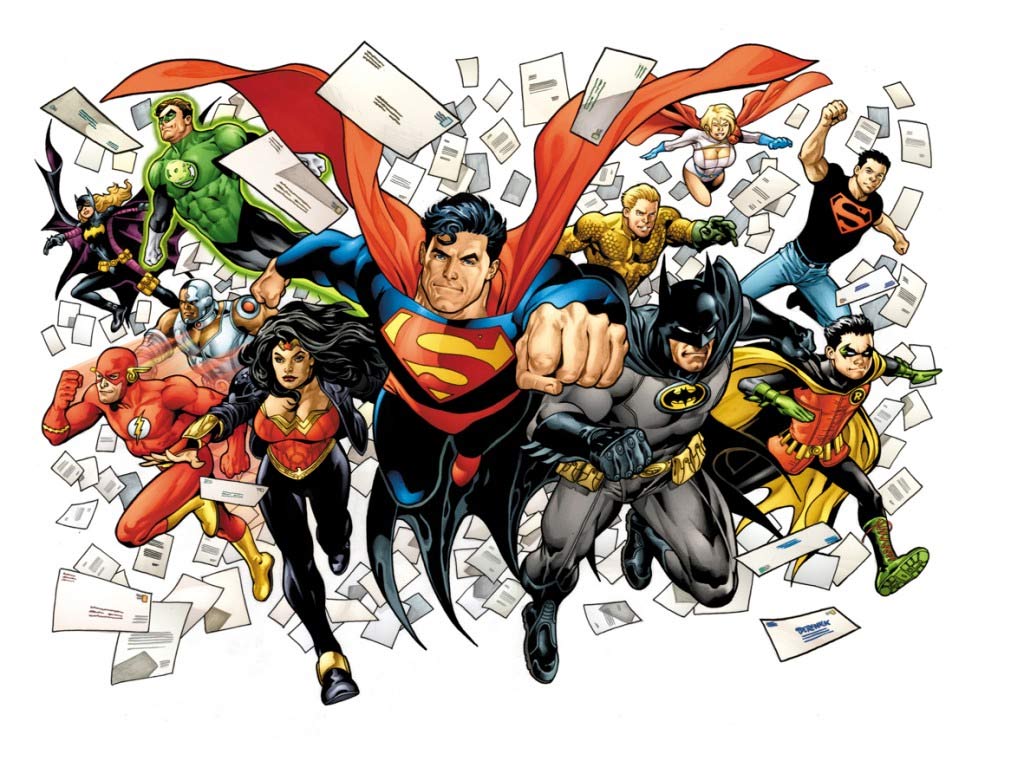 The only reason to read comic books, even free digital comic books, is to revel in the escapist entertainment, right? The heroes with cosmic powers that let them snap their fingers at gravity and all the rest of Newton's laws of physics. And the bad guys are even spacier; they not only sneer at Newton, but go one to give the raspberry to Einstein's theory of relativity, quantum mechanics, string theory, and are in the process of kidnapping and ravishing the Higgs boson! The action often takes place in some other dimension besides the ones we are familiar with, and just as often veers into the creepy H.P. Lovecraft zone as it does into the silly Hitchhiker's Guide to the Galaxy zone.

It's obvious to everybody and their dog that comic book writers and illustrators just let their imaginations go, without any reference to scientific data or theory.

The fact of the matter is that comic book writers and illustrators take their work seriously and often study different fields of applied and theoretical science in depth before writing a single word or drawing a single panel. The artists and writers for Biowars - The Battle Rages Within, a free online comic that has raised the bar in the world of online comics, have consulted several of the latest physiology textbooks, as well as the classic Gray's Anatomy illustrated textbook, in order to make their story of a battle that rages inside the human body both plausible and fascinating.

Of course, some artistic license is permissible, and desirable. Otherwise, the online comic book creators might be sued by disgruntled platelets or corpuscles. They have a pretty powerful lobby, being endemic to the human race.

Have you ever wondered how your body resists and repels the thousands of unfriendly microbes that come in contact with you every day? Most, of course, are caught at the â€˜border' of your skin and denied entry. Others try to sneak in through the mouth or nasal passages; they are dispatched by our slightly acidic saliva and stopped in their tracks by our mucous. But there are always some bad actors that manage to sneak by all our external defenses and start to roam our innards, looking to cause trouble. One such super microbe enters the body of Alex Hawking, the protagonist of the Biowars online comic book epic, and it is up to the dauntless Biowarriors in his body to sacrifice their lives in order to tame and neutralize the superbug that threatens Hawking. This is basically what our white blood cells do in our body; called leukocytes by the medicos, the white cells seek out and destroy all foreign matter in the body, which is why they are so effective in eliminating microbes, which cannot disguise themselves effectively as part of the human genome.

You might think that Biowarriors are a bit far-fetched, but just realize that in the real world of human bodies versus invaders the defensive process is called phagocytosis; it involves white blood cells surrounding, engulfing and DISSOLVING intruding debris, including bacteria and microscopic mineral particles. Without our white blood cells we would not only be at the mercy of every bad boy microbe that got in, but our bodies would become clogged with our own dead cells and we'd suffer excruciating pain from sharp-edged micro-chips of minerals that have not been dissolved in the digestive system.

So whether you call â€˜em Biowarriors or leukocytes, they are performing a very important function in your body right now. And aren't you glad they're there!