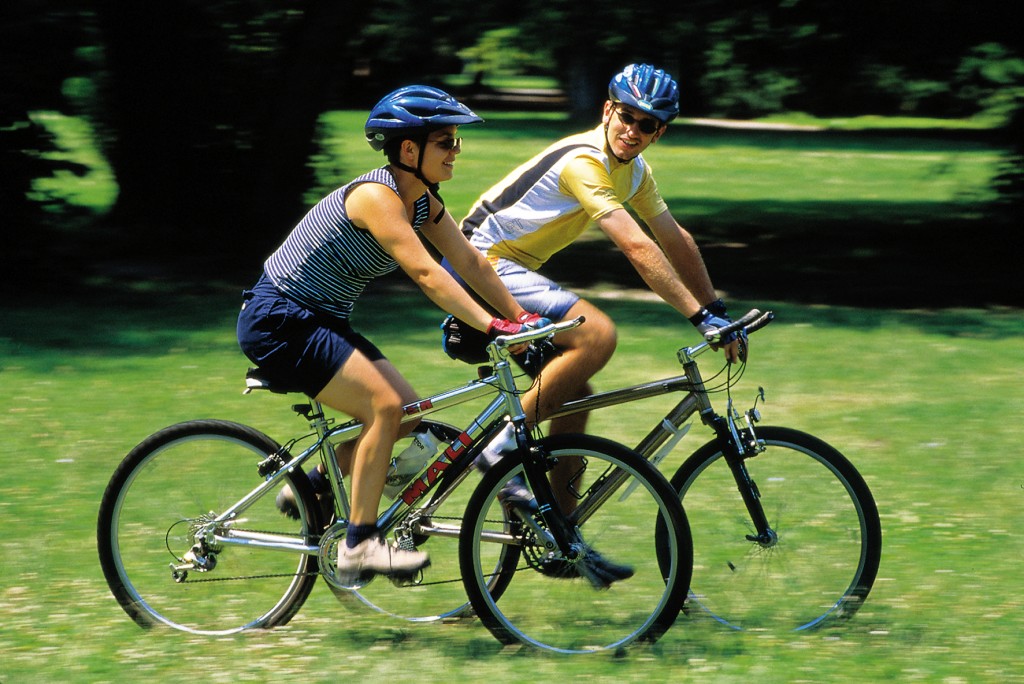 Although it is a healthy, enjoyable pastime and a cost-effective, environmentally friendly alternative to automotive commuting, cycling can unfortunately be quite dangerous, especially on the roads and streets of a busy city. In London in November of last year for example, 6 people were fatally wounded in cycling accidents on London’s roads in a matter of only 13 days. Of course greater vigilance from all involved (cyclists and driver in kind) would help stem the tide of woe, but there can be no accounting for how any other road user will react. Much of the blame has been leveled at cyclists who have grown weary of the limitations of their own, dedicated cycle lanes, and have started migrating on to the main roads or motorists who have grown frustrated at ‘their’ roads being overrun by the ‘two-wheeled menace’. Ultimately however, these curmudgeonly road users are the exception and if you’re a cyclist who wishes to avoid them there are plenty of technological advances, which will help you stay safe on the roads and steer clear of dangerous drivers.

Obviously if you’re riding at night some kind of mounted lighting isn’t just recommended, it should be a requirement. Any reflective clothing, reflective stickers and head gear and traditional LED light fitted with an effective mount might suffice, though for those who cycle often after dark and are really concerned with their safety there are more advanced technologies on the market that might do the trick. The ‘Blaze’ for example is a crowd-funded device that projects a laser image of a bike ahead of the rider, letting other road users know that they are approaching. Though reasonably expensive, the blaze is a device that effectively illuminates the dreaded ‘blind spot’ that results in so many cycling accidents. If playing with lasers isn’t quite up your ally meanwhile, the company ‘FlyKly’ have created a range of florescent wheels that will light your bike up like a Christmas tree.

There have been significant advances made in the field of body protection for cyclists. An ‘invisible’ cycle helmet for example, has just been developed by the people at ‘Hovding’, which stays folded inside the cyclists neck collar until there’s an accident which activates it. The cyclist equivalent of an ‘airbag’ is then deployed, which protects them from any potential head trauma. As for the body, there are numerous, surprisingly comfortable, bespoke cycling ‘body armour’ designs on the market that significantly cut down on injuries sustained to the torso on impact.

Of course the onus is not just on the general public, the government should be pulling its weight in the matter too. Following the tragic string of deaths mentioned earlier in this article, London mayor Boris Johnson flat-out refused to call a review on cycling safety in the city, issuing a statement which effectively boiled down to "people should pay more attention to the roads". Of course he makes a valid point, but berating the public is hardly going to catalyse real change. Instead, the government should be thinking about real, cost-effective and logistically plausible ways in which to improve general safety for cyclists on the roads and streets of the capital and beyond. Below are just a handful of potential ideas.

When Johnson instigated the initiative (affectionately dubbed ‘Boris Bikes’ by the press) back in 2010, the people of London rejoiced. It was a great idea after-all and it really paid off during the 2012 olympics. Unfortunately, in refusing to follow up this initiative with an equally dynamic safety plan, Mr Johnson has shot himself in the foot, so (for the time being at least) it’s largely up to us to keep ourselves safe on the roads.

Thankfully, the technology has finally reached a stage where that is not so much of an issue anymore. In fact, there are even trials currently being undertaken in the UK using software that can track cyclists through video cameras and sensors to help keep cyclists free from danger. So keep an ear to the technological ground bur stay safe out there and make sure you’re properly kitted out before you next venture out on to the roads.

The information in this article was offered by 50Cycles. Connect with 50Cycles, here.