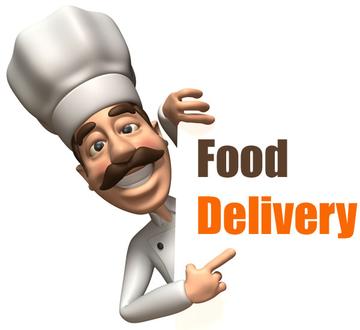 With so many things to do every day and with our lives becoming faster every year, most of us simply do not have time to do basic things, like cook their own food, visit the grocery store and enjoy healthy meals every day. Instead we eat at restaurants and really don’t pay much attention to what we eat. There is a way around this-you can order healthy grocery store items and even ingredients for healthy meals every day with the help of the internet. These days, the food delivery industry has evolved to satisfy the demands of people, who really want to enjoy healthy living, but don’t have time to cook and visit the grocery store. Believe it or not, the food delivery industry strives to deliver just that from its beginning.

How it all started?

In the beginning of the 20th century, very few had their own refrigeration systems and this lead to an incredible increase in delivery of perishable goods such as milk and eggs. This lead to the appearance of one of the most iconic figures in the US and in many countries in the Western world-the Milkman.

By 1938, more than 55% of the American households were using milk delivery services, but they weren’t just limited to that-the milkman also delivered various perishable goods and made the life of many US families a lot easier. However, things slowly started to change for the food delivery industry, as home refrigeration became widely popular and the cost of purchasing a refrigerator dropped significantly-by the 1960s the number of US households using the services of the milkman, did decrease by more than 50%.

With almost every US household owning a refrigerator by the end of the 1960s, a new type of services was needed and these years saw the rise of the grocery store-a place where you can buy all the daily products you need under one roof. Furthermore, several other factors contributed to the growing popularity of the grocery store-in just four years between 1945 and 1949, the US citizens bought 21.4 million cars. This made grocery stores even more accessible and the popular chains we know today started to emerge.

How does the grocery store industry looks like these days?

Currently in the United States alone there are more than 37 000 grocery stores, which employ roughly 3.4 million Americans. The industry we know today generates the outstanding 850 billion dollars in turnover every year and is one of the most well developed in the country. However, the profit margins, even for the largest and most popular grocery chains are a bit low-the profit after taxes being derived is only 1.5%.

With such thin profit margin, grocery stores seem to be unable to enter the digital age, simply because they can’t afford large budgets. However, some major chains began to offer delivery of various grocery items online and currently the online grocery sales consists of 1% of the market, generating 6 billion dollars of turnover. The major players in the US grocery delivery market are PeaPod, FreshDirect and Safeway, currently owning roughly 15% of the market.

With the US grocery market being highly fragmented, the top 10 major grocery chains are unable to account for even 50% of the total market.

Every now and then you get in your car and drive to the grocery store, buy all items you need and often end up buying various grocery products that you don’t really need simply by following your impulses. Its estimated that people tend to make impulse purchases at the grocery store that result in at least 20% increase in the bill. Furthermore, studies show that we tend to do that roughly 60% of all grocery store visits and we spend on average 433 dollars on yearly basis on impulse purchases! Want to learn more about the food delivery industry? Check the infographic below:

lindadell is author at LeraBlog. The author's views are entirely their own and may not reflect the views and opinions of LeraBlog staff.