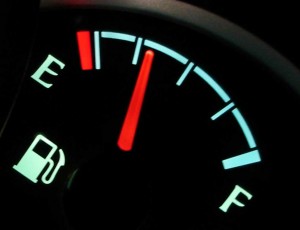 Making fuel-efficient cars is obviously good for the economy, primarily because they lead to increased car sales. Poor sales figures over the past couple of years have been in large part a consequence of high gas prices, which is why many car makers have started to produce vehicles that consume less fuel and get more miles per gallon. Another benefit of driving a fuel-efficient car, and for a car to be considered fuel-efficient, it has to get at least 30 mpg, is that it’s better for the environment, as they emit less carbon dioxide, because they bun less fuel than those gas-guzzlers Americans love to drive. But, there are well-founded concerns about some undesired consequences that production of fuel-efficient cars may lead to.

As good as fuel-efficient cars are for the economy and for consumers, because with them, they get more miles for less money, which is what all car owners want from their cars, the increased production of such cars may create some negative effects, as well. People started looking for alternative transportation options when gas prices began their upward spiral, which led to increased use of public transportation systems and bicycles as transportation mode, and that helped reduce air pollution. But now, as more and more car manufacturers make fuel-efficient cars, and they slowly become more affordable, which wasn’t the case a decade ago, people are starting to come back to cars, which are one of the most efficient, practical and convenient modes of transportation. It’s only natural that if you have the opportunity to own a car that has high mileage and you won’t have to spend too much money on fuel for, you would like to take advantage of that opportunity.

Simply put, the decision of various car makers to produce fuel-efficient cars, which was partly motivated by federal laws that impose certain requirements regarding fuel consumption, has made owning and driving a car cheaper. This means that more cars are being bought and driven, which leads to decreased use of public transportation systems, bicycles, and other more eco-friendly modes of transportation. Even though these new vehicles burn less gas, the fact that they encourage more people to drive is likely to cause different types of problems, which might indirectly affect the environment, as well. As more and more cars appear on public roads, issues with traffic congestion become that much more serious. Obviously, as people get drawn away from public transportation, and they use cars instead, traffic becomes more congested, in which case large amounts of carbon dioxide are released into the atmosphere, polluting the air and hurting people’s’ health. Also, roads across the country are affected by fuel-efficient cars. America’s roads are in a pretty poor condition as it is, and the increased number of vehicles is only going to deteriorate it. Even though the road conditions started to improve, still 42% of USA's key urban highways remain congested, costing an estimated $101 billion in wasted time and fuel annually, according to infrastructurereportcard.org.

To sum up, making cars more fuel-efficient leads to increased demand in cars, and it’s not the ideal solution if the goal is to save the environment. To achieve that, the government should focus more on the public transportation system, making it more efficient and affordable, which would make people stop using cars completely, or at least use them much less than they do now.

Jordan Perch is an automotive fanatic and "green cars" specialist. He is an author of many how-to articles related to safe driving, green technologies, auto insurance etc…