The very first versions of 64-bit windows operating systems are dating back in 2005 when Microsoft Corporation released Windows XP Professional 64-bit. Unfortunately, the attempt encountered implementation issues because of spotty driver support that widely limited its adoption on a large scale. Requiring 64-bit driver support, the kernel of Windows XP was completely incompatible with 32-bit versions of drivers already written for previous versions of Windows built on the 32-bit architecture. Manufacturers had to adopt the new standard and rewrite the drivers to make them available for both OS versions. Yet, a limited number of companies have adopted the new standard by that time. 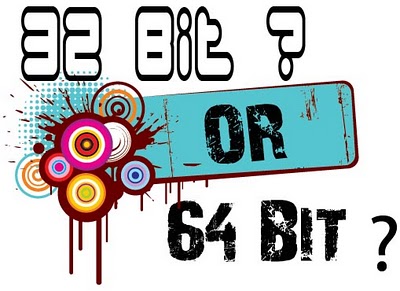 64-bit became a standard in the last years, with a clear ascending tendency compared to 32-bit versions. Following this trend, Windows 8 and 8.1 are preinstalled as 64-bit versions with almost all Windows PCs. Let's now consider the advantages of 64-bit versus 32-bit versions of Windows 8 and 8.1. In brief, you need a 64-bit CPU and the advantages are multiple: more RAM available and better memory management, additional processing power and increased computer security.

1. The first main advantage of 64-bit is an increased processing power due to the possibility of using 64-bit registers featured by modern 64-bit CPUs. What does it means for the end-user? The computer speed is significantly better while more operations can be performed per one cycle and more RAM can be addressed. On 32-bit versions, the maximum usable RAM is 4GB (232 bytes). On the 64-bit Pro and Enterprise versions of Windows 8 the total number of available RAM that can be used is 512GB meaning the addressing speed is more than 100 times faster.

2. Security. The 64-bit versions of Windows 8 and 8.1 feature unique pieces of technology such as PatchGuard. PatchGuard protects the OS kernel against illegitimate or malicious software. By implementing this feature, Microsoft tries to avoid the kernel to be patched by unsafe software which might cause problems or render the systems unstable or-worst - completely unusable. Microsoft provides an API for PatchGuard allowing legitimate programs to interact with the kernel safely.

Watch this video for more explanation:

My personal opinion is upgrading your RAM and driver support to make them compatible with 64-bit versions of Windows is worth the investment. If you want to take the advantage of more than 4GB of RAM and speed up your apps and overall a better experience, go for Windows 64-bit. Use the 32-bit for other purposes like testing old applications, testing compatibility issues and so on. You can usually do this task by installing the 32-bit version of Windows 8 on a virtual machine or on another computer you don't use too often.