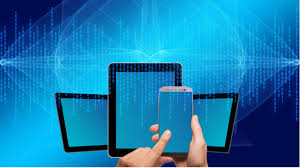 Infor Global Solutions is a supply chain and logistics technology and ERP services provider that has just completed the $675 million acquisition of GT Nexus, an International provider of cloud-based commerce technology. This acquisition further stamps Infor’s reputation as one of the leaders in the enterprise application field and once again shows the impact that CEO Charles Phillips is having on this exciting company.

Today we are going to take a brief look into the history of Infor from its inception in the marketplace to its current position competing with industry stalwarts such as SAP and Oracle.


Infor Global Solutions began life in 2002 under the company name Agilisys in Malvern, Pennsylvania before moving their business headquarters to Atlanta in 2004. Agilisys was set up as a business software solutions company and began a series of acquisitions in the early years. One of those that Agilisys acquired was German software company Infor Business Solutions in 2004, following this acquisition they decided to adopt the name of the German company and Infor Global Solutions was born.

In the following years, Infor continued with a strategy of creating innovative and beautiful software solutions for global businesses. The company also worked hard on acquisitions of smaller, niche companies that were often overlooked by the bigger players in the market which helped the business steadily grow in momentum and scale.

Infor amassed more than 35 acquisitions in the first 8 years which helped them to provide some of the finest business suites available along with excellent services across many different industries and sectors. Towards the end of 2009, Infor was beginning to reach the upper echelons of the enterprise applications industry and in 2010, the company secured their best acquisition to date, new CEO Charles Phillips, a man who would help to take this already successful company to an altogether new level.

Charles Phillips assumed the role of CEO of Infor in 2010 following a successful tenure as Co-President of Oracle Corporation. During his time at Oracle, Phillips made a huge impact as head of the sales and acquisitions team where he played a key role in over 70 acquisitions for the company and has been largely credited with steering the company towards growth of just over 300% during his 7 year spell with Oracle.

In his new position as CEO of Infor, Charles wasted no time in pushing the company forward and within a few months of taking charge, he engineered the buyout of Lawson Software for $2 billion which added healthcare and human resources to the company’s ever growing portfolio of industries.

Since taking the helm in 2010, Phillips has changed much within the company in order to take it forward, primarily changing almost all of the executive management team and staffing structure, putting more emphasis on in-house engineers, 600 were hired in the first 18 months. Moreover, Phillips has overseen the creation of more than 100 new products, 2,500 new features and an average quarterly growth of 12% leading to current annual revenue of $3 billion. Following the recent acquisition of GT Nexus, Infor continues to push itself heavily into cloud-based software which it will provide to it’s 70,000+ customers that it serves around the World, and will be looking for the new range of cloud computing products to topple the industry giants of SAP and Oracle.