SSD Virtual Private Servers are cloud-based dedicated servers which enables users to store as much content as desired, according to the selected plan. They come with improved performance in comparison to normal servers, promoting high performance, energy efficiency and better traffic handling. They have an almost 100% uptime and can support traffic of millions of unique visitors per day.

Solid State Disk (SSD) is a new type of hard disk platters in the place was taken by flash memory chips. The first company that designed this type of hard drive is Samsung, but now there are several companies that produce hard drives. SSD technology offers lower rates of energy consumption and high transfer speeds, making it very useful especially in laptops.

Data read/write rate is over 500 MB/s over a single drive and with the current RAID 10 implementations it exceeds 1000 MB/s. The access time is ess than 0.01 milliseconds (faster than the best current hard disks). Regarding energy consumption, the hard drives consume 50% less energy than conventional hard drives, namely 0.9 W to 1.9 W at drives with platters.

Virtual private servers who incorporate SSD technology have been proved to be faster and more efficient than regular ones, offering users more privacy, better control options and higher traffic limits.

A brief history of the SSD virtual private servers

Hardware manufacturers had different approaches regarding the combining capacity of a hard disk access speed of SSDs.

Intel has addressed the issue of creating “Intel Smart Response Technology” acceleration function implemented using a special driver (Intel Rapid Storage Technology) allows the transparent use an SSD as a cache for read / write. You have to say that the SSD caching function is available in a small range of combinations hardware / software, and requires a motherboard with Intel Z68 chipset, the Gigabyte Z68X-UD3P-and B3, or some newer models, and use family of operating systems Microsoft Windows.

Seagate has created family of hard drives hybrid laptop Momentus XT, which integrates a modest sized flash memory as a cache for a hard disk directly in hybrid drive. The difference between this technique and the Intel RST is that it is not necessary support from the operating system, acceleration readings and writings running any operating system installed.

SSD virtual private servers are relatively new to the market, dating since 3 or 4 years ago. They benefit from greatly enhanced speed, stronger security and better support for the users. You will be amazed by how fast websites load on SSD compared to normal servers, and traffic handling is also greatly improved.

The difference between physical capacity and ability usable chips is known as the “over-provisioning”, an additional capacity is used for internal SSD storage systems firmware and optimizing write operations. The higher the capacity of this supplement, the more reduces time used in flash memories’ creation. Also, this extra capacity allows obtaining better performance in writing.

It may be relatively easy to determine if an extra-capacity SSD is hidden from the user relatively simple: the usable capacity is closer to a power of 2, the additional capacity is less. 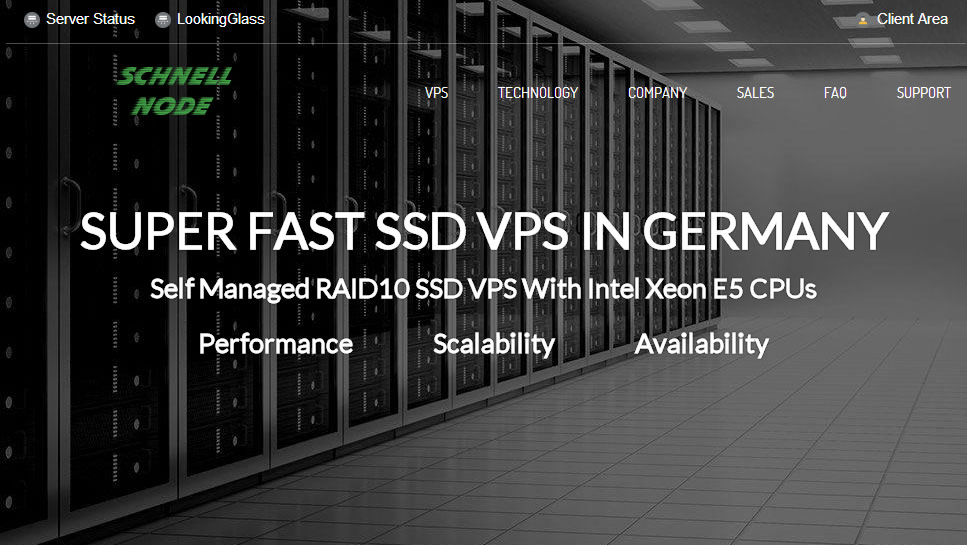 SchnellNode-A german SSD VPS provider hosting users’ content on high-class RAID 10 servers which are basically fail proof. The servers are based on Intel Xeon E5 CPUs which guarantee maximum speed and incredibly good traffic handling. Germans are known for their high-class technology, and this hosting company makes no exception. Users can opt between Cloud-based VPS and Dedicated CPU VPS (which are suitable even for enterprise websites). Plans start from 4 euros per month.

SSD virtual private servers represent the new trend in website hosting being ideal for pages with heavy traffic load as hard coding. SSD can greatly boost loading speeds and guarantee a more secure approach to hosting. Uptime is also considerably better, in many cases reaching to 100%.