It is hard to predict the future but not impossible. The experts of their respected field are predicting its future so does the tech-geeks. Their predictions were partially right then, and they might be right in the future. We are in the first half of the 2017 and all the predictions for this year are starting happening. But in this article, I am going to take you two decades ahead and will tell you the impacts of the internet in the year 2037. 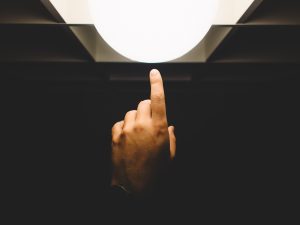 Augmented and Virtual Reality will start playing a major role due to the internet:

The world wasn’t ready for the augmented reality few years back that is why Google Glass failed. But the way virtual reality (VR) is making everyone crazy. Its first cousin VR is getting acceptance day by day that is why in the next 20 years, augmented reality (AR) will be our best friend that will not only project the internet but will also embed it in the real world. Microsoft HoloLens is its recent example that is increasing the credibility of this prediction by the experts. But before the storm of augmented reality in the world, virtual reality will keep entertaining us till the rise of AR. Oculus Rift, HTC Vive and PlayStation VR are the set to dominate the world entertainment with VR and internet.

Even I am writing this blog on the MS Word in my beautiful garden just after the dawn, I am still connected to the internet and the websites like Facebook, Google or any app in my smartphone is busy in downloading my browser cache just to show me the advertisement of my interest. Same way, everyone is connected to the internet and under the scanner. That is why our privacy is becoming the commodity of others. Things are bad right now as far as privacy concern, but it can become worst in the next 20 years. It looks like that in the next two decades, only the rich will afford to be entirely off the chart. This will result in the companies investing billions of their capitals just ensure the privacy of their customers. They will succeed in it or not; it is another story.

The IoT will be matured enough to:

The IoT or the internet of things is a phenomenon that connects our refrigerators, alarm clocks, TV and other various things to each other. The way IoT and AI are getting matured, possibilities are high that our other daily life accessories like vehicles, health monitors, wallets, home security and even the paper currency will all be connected too. It will only achieve when the information starts moving freely through the high-efficiency internet. The more freely information start flowing, the greater power and freedom we will get and we may able to witness a day when we successfully connect everything to the internet.

Luddites can come back:

We all have read about the Luddites of the 1811-16 in the England who used to destroy all the machines because they thought this would take their places. They can come back in the next 20 years. Though the Luddites of 1811-16 were right and the machines did take their jobs, but the story of 2037 could be different from this. The pace of the technology development of the present era is pretty fast, and in the next 20 years, this pace will become astounding. That is why companies and business will search for the people who can understand every development of the technology and internet and can use them for the companies. 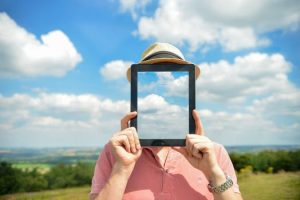 Mars can get connected with the internet:

Don’t know about the aliens, but the earth is the only planet with the internet connection. But not for long because SpaceX founder Elon Musk is on a mission to provide the internet to our brothers in Mars. Means, he wants to colonize the Mars for which, the internet is important so they can be able to contact with their friends and family back home on Earth. How astonishing it sounds! SpaceX is planning to launch a satellite which will orbit the Mars and will transmit the data back and forth. According to some calculations, this transfer will take approximately up to 24 minutes to complete. It is like using the internet speed in kbps down here.

AI and the faster internet:

At the rate AI is getting closer to human intelligence, the future is very sure for the AI but not for the humans. The new artificial intelligence has proven much effective in regulating internet traffic as compared to the human engineers. This is not it, AI with the help of faster internet will able to take the place of the humans especially in the fields like education where the AI robots can easily replace the teachers. On the paper, the AI teaching system would be much advanced and sophisticated with the answer of almost every problem and the tendency to give never ending lectures.

Although all of these predictions are the grain of salt, if we analyze the past of all these predictors, they are the ones who predicted the present of the internet. However, there will be many twists and turns in the development of the internet, but the only thing which is certain is that the way we are using internet toady will be almost unrecognizable for our future generations.

RobertMiller is author at LeraBlog. The author's views are entirely their own and may not reflect the views and opinions of LeraBlog staff.