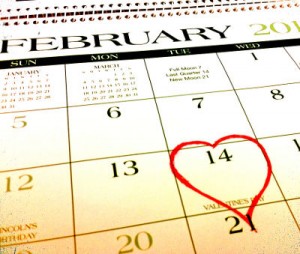 Valentine’s Day is just around the corner and undoubtedly all of us are really excited. Some of us would be expecting love to knock our doors while some would be making tremendous effort to make it special for their special ones. One thing is common to us all, we celebrate the feeling called love all over the world. It is something that connects the 7 billion of us and touches us all at some point in our life. Most of us understand Valentine’s Day as a day of love, chocolates and flowers. Let us try to find out some other interesting facts about this day, read through and decide which one you like the best.

Though we cannot yet be certain, the most popular story about Valentine’s Day origin goes back to the time when Emperor Claudius passed a law prohibiting Roman men to marry during war. Saint Valentine, refused to accept this and helped many soldiers get married during that period. He was later convicted and subsequently executed. It is also believed that while in jail he sent a letter to the jailor’s daughter and signed it as ‘ your valentine’.

In the late 1800s, Richard Cadbury produced the first box of chocolates for Valentine’s Day. Also, it is surely one of the biggest days for chocolate making companies as every year more than 35 million heart-shaped boxes of chocolates are sold on this day.

Not easy, I accept it but people in Europe in the medieval times found a unique way to select your Valentine. You were actually required to draw names from a bowl and the person whose name you pick would be your Valentine. Also, it did not stop at that, you were supposed to wear the name on your sleeve for the entire day.

How important are signs and symbols in the matters of love? I guess really important because it is not always easy to express ourselves in words. In such a situation, subtle expressions in the form of symbols come to our aid. Many believe that the X symbol became synonymous with the kiss because during the early ages people who could not write their names, signed themselves as X and then kissed the document to show their sincerity.

For a long time in Europe, it was believed that if you wrote your name on a Valentine’s Day card, it would bring bad luck. I read it on a website, true but did they never wonder that such an activity would cause a lot of confusion?

About 1.5 billion Valentine’s Day cards are exchanged each year, making it the second largest card sending time of the year. Amazingly, statistics show that women purchase almost 85% of the Valentine’s Day gifts. That definitely shocks us right? Well, this is the signal for all the guys reading it, get your ladies some gifts this time.

Can you believe it, every year on Valentine’s Day more than 1000 letters addressed to Juliet reach Verona, the Italian city where Shakespeare’s much loved characters Romeo and Juliet lived.