Godzilla is a household name around the world — the original and definitive giant monster who ran amok.

He's inspired a multitude of movies and programs, and now his earth shaking footsteps can be heard across the gaming universe as well.

Check out this list of 8 cool Godzilla-style action games you can play online, and enjoy the fury and destruction associated with one of history's greatest legends. 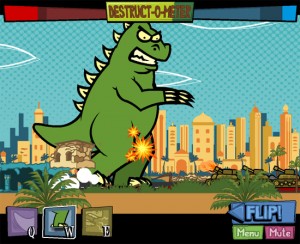 In Days of Monsters, you can live out your destructive dreams by designing your own monster, and then unleashing him on hapless humanity.

You can make him as much or as little like Godzilla as you please, and as you blast the puny humans' resistance into oblivion, you will have the option to upgrade him, making him even stronger and harder to stop.

The controls are simple and intuitive, and the artwork, whilst cartoon-ish, is rich and diverse making for a great game. 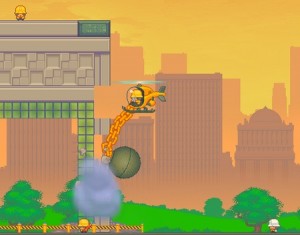 Huge mechanical lizards are just one of the many tools at your disposal in Rubble Trouble (Tokyo). The aim of the game is to bring about the destruction of derelict buildings, often according to certain criteria such as protecting the well-being of your workers.

Each of the 30 levels boasts a monetary target you must reach without failing any of the conditions, meaning real thought must be put into each swing of your mechanical Godzilla's tail.

Some of the physics involved seem a littleâ€¦ questionable, but the game boasts an enchanting soundtrack and beautifully crafted levels guaranteed to keep you occupied for hours.

Godzilla: Monster Wars gives you the opportunity to play one of your old Gameboy color favorites purely online!

Based on a now off-the-air Fox children's TV show where a Godzilla actually sets out to do good, but is misinterpreted as a threat and attacked by humanity, this game allows you to embark on a quest to fend off multiple waves of attack and reach the end of a series of levels.

The game follows the simple side scrolling shooter formula, allowing you to use a variety of reptilian attacks, including swiping with claws and breathing fire across a large number of challenging levels. 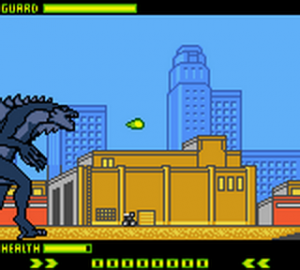 In another online reincarnation of an old Nintendo game, Godzilla online sees our favorite reptilian giant team up with another earthly monster called Mothra to battle the forces of Planet X.

These alien creatures have invaded Earth and the surrounding planets, and you are the only hope of driving them back, as you navigate across a hex field representing our solar system.

Understandable considering its age, the game is fairly simple and primitive looking, but there's no question you'll be engrossed in this retro adventure for hours on end. 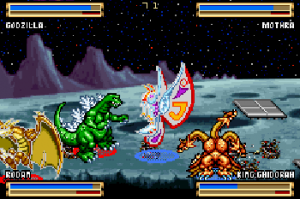 Choose from 7 different monsters, including Godzilla, and battle it out across a number of destructible environments in a bid to dominate your opponents and be labelled the toughest monster on the planet.

This is another emulation of an old Gameboy Advance game and offers a simple, intuitive control system that allows you to jump right in and enjoy the action.

The levels are fairly simple and cartoonish, but if you're just looking for a quick punch up without a heavy storyline or complex game mechanics, then this is for you. 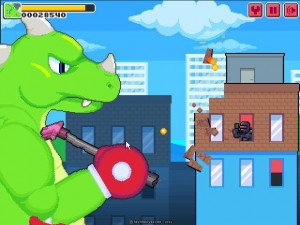 One of the simpler games out there, Roar Rampage sees you smash your way through waves of resistance in a bid to rescue your reptilian son from capture.

Probably best suited to younger gamers, this game is pretty easy and boasts a lot of vibrant artwork sure to keep you visually engaged. Perfect for kids with a fledgling interest in the world's most famous lizard. 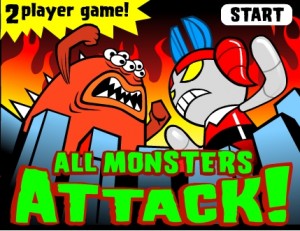 The despicable human race is performing genetic experiments on lizards, but now one has broken free, mutated and is taking revenge by destroying the surrounding city!

Monster Attack is another quick pick-up-and-play game without a deep narrative and boasting an intuitive control system. Again the animated graphics suggest it is perhaps intended for younger players, but there's nothing wrong with a quick smash and grab, regardless of age. 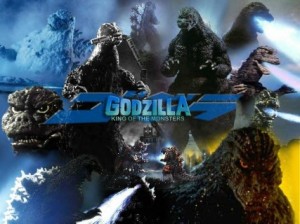 Another chance to relive the old NES gaming days and take Godzilla / Mothra on a quest to battle the monsters of Planet X.

Boasting all of the original cast including Gezora, Veran, Mogera, Hedan, Gigan, Maragon, MechaGodzilla and ultimately King Ghidorah, Monster of Monsters boasts all of the game play, music and narrative elements that made the original such a classic.

Play them all and tell us which one is your favorite!

A post published courtesy of Galnix.net – the online gamers' hub - a place where you can find all the latest and upcoming online games and programs.