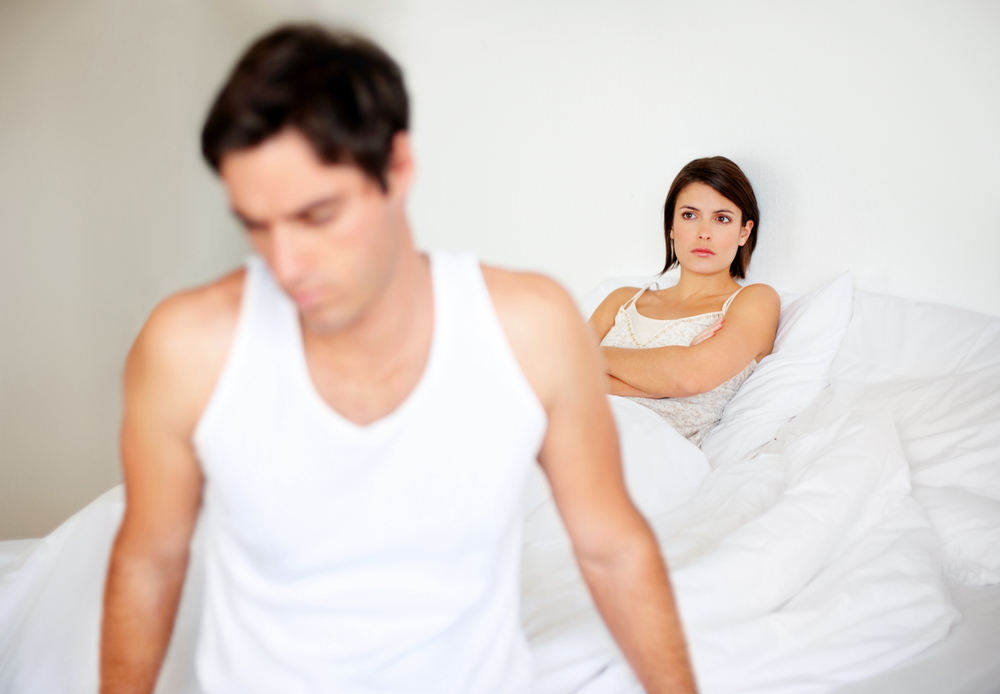 What is Premature Ejaculation?

Premature ejaculation or PE is the most common out of all the sexual dysfunctions in men and it’s also one of the most frustrating. It was defined as ejaculating in less than a minute from the start of intercourse but has now been updated to just finishing before the intended point of climax. The amount of men suffering from PE ranges from a minimum of 4% up to a maximum of 39% in a general community. Even if it is very common, however, it is not something that people talk about in the open.

Men would “rather die” than talk about PE, it’s very embarrassing for them to even open up the topic. And since they’re keeping it to themselves, they often come up with ways on how to deal with it on their own. There are a lot of ways on how to deal with Premature Ejaculation, but here’s a few that you should definitely avoid. Tragically, the things they do often fail in the long run. Here’s a few examples of how you SHOULDN’T hide Premature Ejaculation

Often the most common amongst all the other ways to counter PE. The man usually thinks of rather displeasing thoughts before his climax to slow it down or to lower his libido. This might sound effective but it is very counterproductive. The reason you’re having sex in the first place is for pleasure.

Another that we’ve come across is preventing ejaculation with physical force. It’s either the man pinches himself to delay his ejaculation or does some other things like biting a pillow or some other physical release to decrease the amount of pleasure he’s feeling. It’s very simple to see how this is ineffective as it may cause injuries to not just you but your partner as well.

Need I say more about this? When a man climaxes, it usually takes him longer to climax for a second time. Men suffering from PE will often ask their partners for a second go to prove that they have the stamina for sex.

Alcohol and Illegal Drug use are also on the list of ineffective ways to hide Premature Ejaculation. Illegal Drugs are never an answer to anything to begin with. Yes, it can delay ejaculation, but do you really want to be drunk every time you have sex? And lastly, getting drunk (or using illicit drugs) may even render you unable to have sex.

Now this is something you should definitely avoid. People learn. The fact that they’re not aware that you shouldn’t be ejaculating that fast will change in the future as they gain more experience. It’s like fooling an innocent person that this is how it goes only for them to find out in the future that their sex life could have been more. This not only puts a strain on the relationship but can cause stress on both you and your partner as well.

Now that we’ve talked about what you shouldn’t do, let’s look at a few things you could do to help you with Premature Ejaculation.

There are numerous ways on how to counter PE which are both safe and can provide other benefits as well. The first thing you can consider is visiting a sexual therapist. They can provide you with PE exercises that’s sure to help you control your ejaculation in the long run.

Another thing you could consider are online PE Programs. It offers you exercises you can follow to ensure better sexual performance with their highly acclaimed regimen. If you’re still shy when it comes to talking to someone about it, this might be a good way for you.

Lastly, there are also some male enhancement drugs in the market that guarantee that you can last longer.

Premature Ejaculation is not something you should be ashamed of. Medical assistance is always there to aid you with your problem so you can achieve a better sex life. If you’re troubled with the solutions that we’ve provided, it’s always a good thing to contact your doctor.