Thousands of books, articles and editorials have been written concerning self-defense for women. It can be very confusing to sort through the many diverse strategies that are offered by leading experts.

Every woman is physically, psychologically and socially different, so their abilities in the realm of self-defense will vary. But, a constant fact in sexual attacks is that lifesaving decisions must be made within seconds. 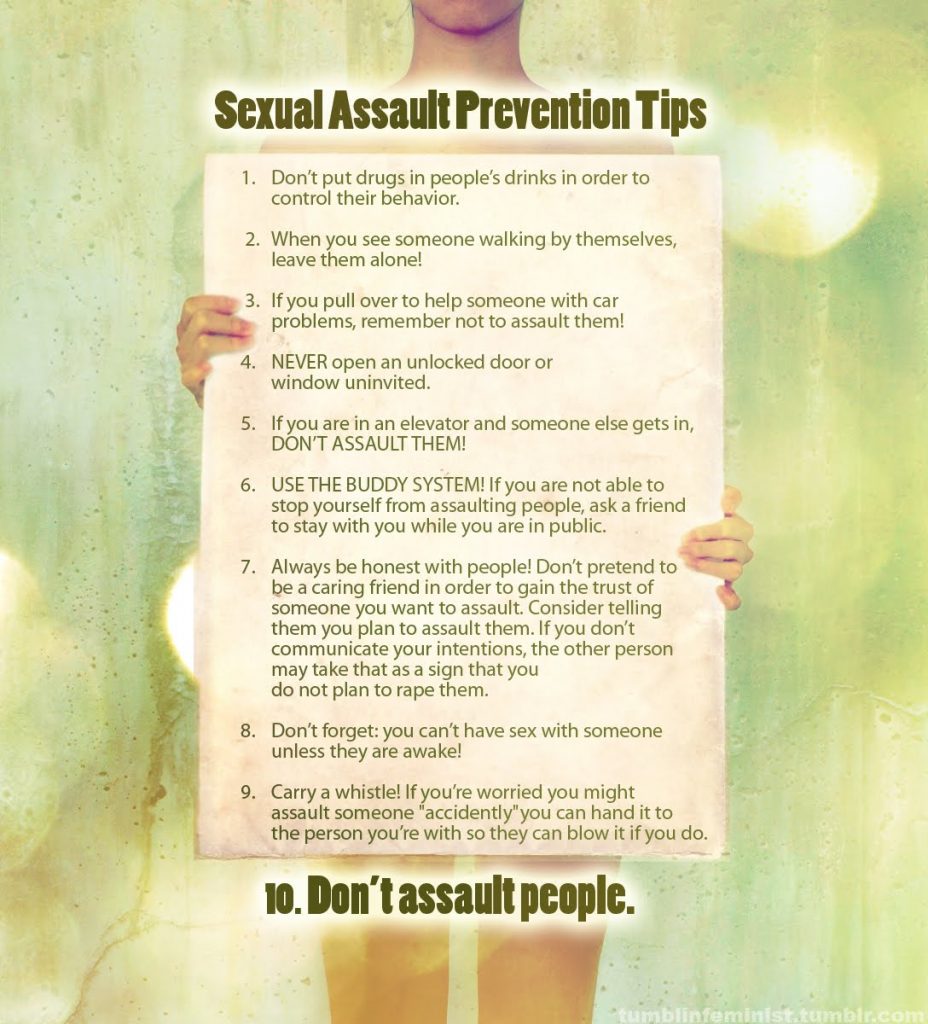 Attackers typically identify and attempt to carry out crimes upon a large number of victims, but only a percentage of these attacks will result in a criminal’s success. With this fact in mind, statistics prove the actions that a victim takes within the first twenty seconds of the onset of an attack will have significant results upon the outcome of the attack.

While we are limited in what we can teach you in a single article, we can begin to educate you with the staggering fact that one out of three females will be a victim of sexual assault within their lifetime.

A 1989 study by the Criminal Justice Department polled female students at more than 30 universities. This study discovered an alarming ignorance concerning the legal definition of rape. Because many of these female students did not know what legally constitutes rape, the study uncovered that many of them had already been victims.

We should begin with a very simple explanation of rape. If sex occurs without your conscious and willing consent, then you are a rape victim. This is the law and it applies to all people regardless of age, sex, sexual orientation or marital status. Yes, it even applies within the institution of marriage.

Just as every woman is different, so is every attacker. In addition, each attacker has their own reason for attack as well as their own reasons for selecting a particular victim. Sexual gratification is not the only reason for sexual attack and rape. In fact, attack or rape for the purpose of sexual gratification occupies a very small percentage of cases. Power, anger, psychosis, sadism and mental illness are just a few of these additional reasons.

The ability to assess threatening situations, recognize possible predators and competently and confidently engage in a physical struggle using simple, everyday objects as weapons is not something that can be taught or learned overnight.

It may be interesting to note that it takes over a year of training for an athlete (who chooses to engage in sanctioned, amateur fight contests) to be adequately prepared. But what about the individual who does not want to fight, has not prepared themselves for a physical attack and is suddenly caught unaware in a real-world situation in which physical harm and/or the loss of life is a very real possibility?

It takes approximately 6 to 18 months for the average female student to develop enough technique and confidence to rely on her self-defense training. Of course, age, athleticism and temperament all play a part in an individual student’s progression.

All students should be aware of any self-defense course that promises instant, fool-proof techniques. Equally as dangerous are those “quickie-courses” that promise to teach 115 lb. females how to subdue 220 lb. male attackers with one fast twist of a wrist. Not only are these claims erroneous, but they can lead students to overestimate their true abilities and be over-confident in impractical and flawed training.

Our intention is to help provide you with knowledge. First, we want to help you develop your mental and observational knowledge; knowledge that can help you significantly lower your chances of becoming a target in public, in your place of employment or in your home. Second, we want to help you obtain physical knowledge and a level of ability that can assist you in defending yourself should the need arise.

We will instruct you in practical and useful techniques that have been proven effective for those who have found themselves in the unfortunate position of being a victim. In addition, we will place emphasis on techniques to help you identify possible assailants, the facts and factors behind reasons for attack and how victims are typically selected. In short, we want to begin to arm you with the two most powerful weapons of all: prevention and awareness.

If the education, techniques and training that we provide can prevent even one sexual assault or rape, then it will have been well worth our effort.