What Is Premature Ejaculation?

Pelvic floor exercises are a great treatment to prevent premature ejaculation and the exercises also help to strengthen the muscles in the pelvic area, as well as to release tension from the pelvic area. Pelvic floor exercises, when performed routinely, enable men to keep from investing in male enhancement products and instead do something naturally and on their own. However, while the exercises have been touted by researchers as a viable therapeutic option for the rehabilitation of premature ejaculation, if this is something you are already experiencing, there is a premature ejaculation spray online that can be used until the pelvic muscles are built up. Strong pelvic floor muscles give us control over the bladder and bowel. A weakened pelvic floor muscle means that the internal organs are not strongly supported and we may have problems controlling the release of urine, feces or flatus. 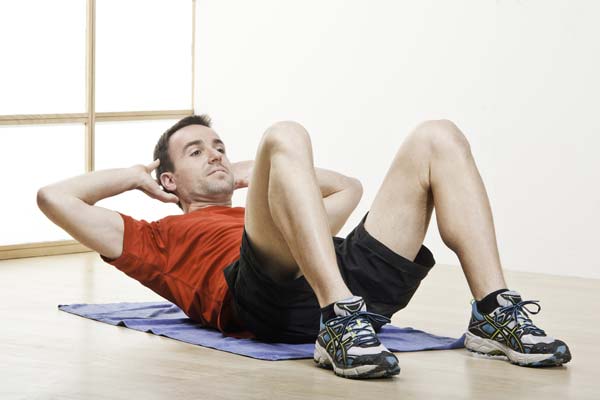 The same muscle contractions that men use to stop urination during midstream can also prevent the flow of blood from escaping from the muscles during an erection. First, men need to find which muscles are involved in the pelvic floor exercises. This can be done via the following:

How Often To Perform Exercises?

Pelvic floor or Kegel exercises should begin slowly then men can build up their routine. Perform about 50 pelvic floor exercises, during the first few weeks, and contract your muscles for one to five seconds, if possible. With more exercise and experience, men will become stronger and you can contract your pelvic floor muscles a lot longer. Then with time, the goal should be to perform the exercises up to five or ten minutes a day, about four days a week to experience peak performance in stopping premature ejaculation. While performing the contracting movements, men should stay focused on tightening the PC muscles during the entire exercise. Also, once men have trained themselves on how to keep from having early ejaculations, the brain will takeover, giving men the confidence they need to keep from having an early release of sperm.

The technique for men of lasting longer in bed is really all about controlling their sexual arousal so that they can stay longer before they reach the big “O.” For men who have been dedicated in their pelvic floor exercises for premature ejaculation, a man can decide when to release during intercourse which makes love making more pleasurable, exciting, and rewarding. But the excitement doesn’t make him to to the point of ejaculation until he decides. With pelvic floor exercises, the PC (pubococcygeal) muscles are what you use to stop early ejaculation. When men come close to an orgasm and ejaculation, the pelvic floor or Kegel exercises, have taught men to contract the PC muscles to slow down their approach to orgasm. The pelvic floor muscle exercises can be done anywhere and at any time and no one will know it. It doesn’t require a prescription – all men need is patience and before you know it, you will see improvements in urinary continence and especially in premature ejaculation problems.