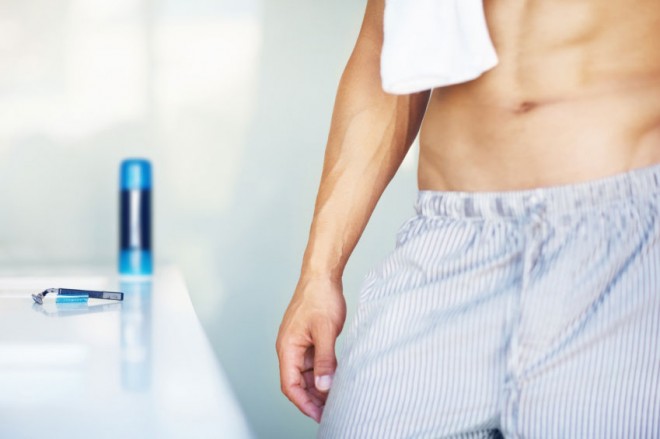 Are you trying to get pregnant and it’s taking too long? Have you considered that it might be a male sperm quality issue? If you have, then this article will teach you the basics you need to know about male fertility and improving sperm quality.

So, we are going to be talking about male infertility, why it’s important, diagnostic tools, and lab tests that you can undergo.

One of the most important things you have to know is that fertility does not always fall on the shoulders of the female in the relationship. Women play a big role, but without a proper, sufficient, and healthy sperm you can’t do it right. It takes two to tango and we need two sides to work at this. It’s important to recognise that thirty to thirty-five percent of the times fertility issues are male-related. There is an additional five percent when male and female issues take part to this mix. Although it might seem embarrassing and uncomfortable, semen analysis is pretty simple. As soon as you think that there is maybe an issue with conception, getting the husband or the partner tested is essential for getting ahead of the game and learn what can be done to manage this issue. Here you have two options: either see a doctor such an accredited urologist who can have the tests done for you of have at home male fertility test. Male fertility can be treated with medicines so it’s good to know you don’t get three to six or nine months down the road still having an issue, then decide to test your husband and then realise that you could have done something about this before.

There are three factors we have to consider when we go for a fertility test.

Sperm count refers to how much sperm are there when you ejaculate. The normal numbers use to be eight to sixteen million or more. So more than sixteen million is considered to be enough to conceive. The second indicator – the motility – refers to how well the sperm swim. They need to do it efficiently. Normal motility is forty percent higher. Morphology is the shape of the sperm. Does it have one head, one body, and one tail? And that’s because there are also abnormalities and variations of that. What’s considered there as normal is fifteen percent better. So, if all those numbers are right then you are perfect. The problem is, however, that the majority of sperm that men produce are abnormal. This is the reason number one why a sperm test is required. Such a test can be done in the urologist office that specialises in fertility because they know exactly what they are looking for so the labs are done properly.

The other two tests or things to roll out would be a varicocele test – which is basically a varicose vein in the testicles (the veins get twisted and cause abnormal sperm numbers typically affecting morphology) – and a DNA fragmentation test. A DNA fragmentation test is not something usual, it’s necessary in case of repeated miscarriage.

So, for the semen analysis, the main question that raises is if there are particular days you have to abstain from having a sexual intercourse before you do this. Basically, the rule of thumb is that you need three days before the test without ejaculating and no more than five. The sperm need to be fresh so when you have the test, your doctor can have a good and proper reading.

Hopefully, this article gives you a good place to start!