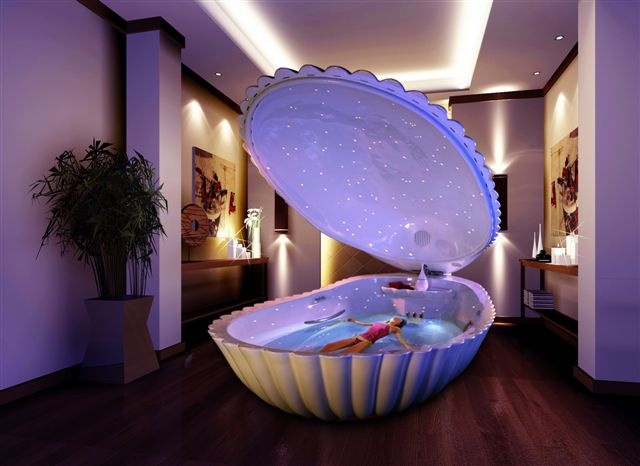 Floatation tank therapy is quickly gaining popularity as one of the best ways to reduce stress, lasting fatigue and other fairly common psychological complaints. Floatation tank therapy involves floating in a sound proof, low / no light environment, in what is called a floatation pod. The pod is filled with 500kg epsom salt and just enough water (heated to body temperature) to keep your body in a state of constant floatation.

Benefits of these sessions are mainly based on the principle of removing the body and mind from external stimulus beyond what is normally possible in any other environment. This gives the mind and body an environment to calm and repair, process unwanted or distracting thoughts, uncover hidden stresses and essentially clear the mind of all thought completely, resulting in great psychological benefits to the participant.

The reduction in body pressure caused by floating also means the muscles have a chance to relax at the same time as the mind, leading to a lasting effect following the session that can sometimes produce permanent change in mindset and stress handling. Many artists, intellectuals and sportsmen report extremely positive benefits from using floatation tank therapy as a means of not only bodily recovery, but also increase in mental space and motivation in everyday life following such sessions.

Being in such as state of disconnect from the outside world is not often possible by any other means, and for this reason this method was researched by psychologists and psychological scientists throughout the 1950s to 1970’s. Although the method never reached traditional western medicine, the popularity of the treatment in the private realm has been rapidly gaining popularity since the 1990’s. Today in 2015, floatation centres are found throughout almost all major cities worldwide, and we expect this growing trend to continue rapidly. Do not be surprised if in 5 years time, floatation tank therapy is a mainstream and widely used method by people from all walks of life.

Those needing to excel professionally often use the tanks on a regular basis, to focus the mind and give a sense of mental clarity, which enables them to completely focus on their professional goals. Others use the tanks to lower or eliminate stresses and anxiety, and it is also common for people in environments where public performance is important, such as comedians, spokesmen and commentators, to use the tanks to gain more mental ‘space’ to process and perform better both in their professional roles and in everyday life.

It is very common in the modern workplace and modern lifestyle, that we are often placed in situations with a high amount of external stimulus, in the same way such people may find relief in recreational activities involving getting back to nature, the method of floatation therapy is like a super-charged version of getting back to nature and relaxing. Although an artificial situation, the body reacts very well to the experience, and after the first session, subsequent sessions become almost second nature.

Upon first visit, people may find it takes some time to calm and collect their thoughts, they may also become slightly nauseous following the experience. This often is not the case with the second visit, and upon the second and further subsequent visits, participants often feel it almost like an instant sensation of relaxing and clearing the mind.

It is also not uncommon for people to love the experience so much, they wish to repeat it often, for this reason leading floatation centres offer membership discounts, which can include a fixed number of sessions per month, or per year, or even the ability to use a set number of hours for those who like to spend extended periods of a few hours in the tank, instead of the regular 1 hour sessions most people would use for general stress relief and other ailments.