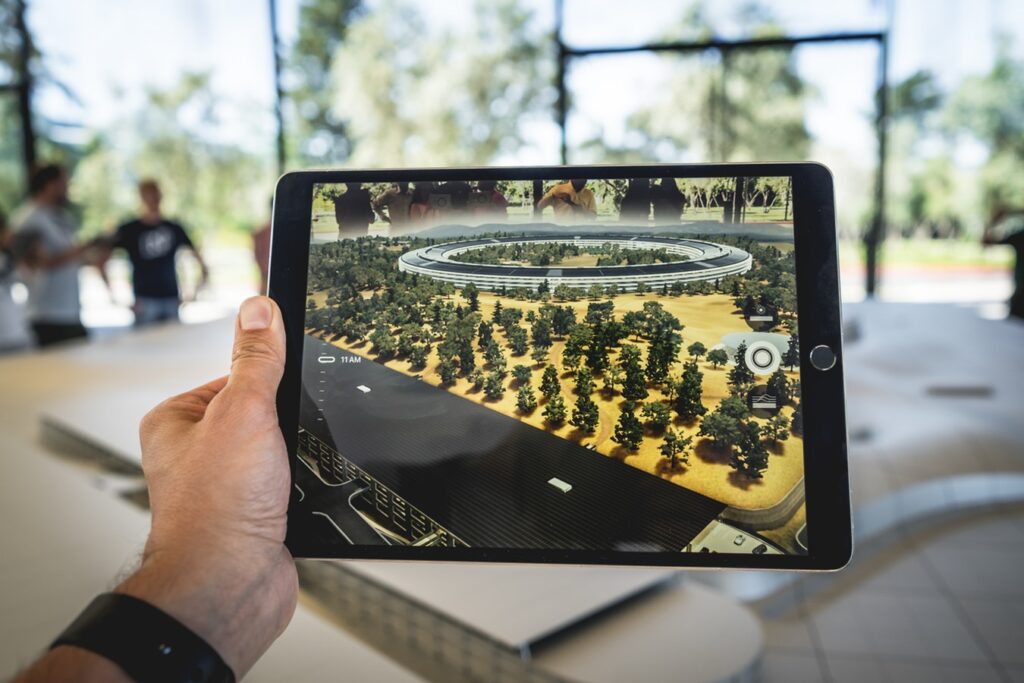 The technologies are growing so fast and based on technology, and the world is also growing smarter and faster with the help of trending technologies. As a result, there are many new technologies that have occurred in the market in the past few years.

Augmented Reality is one of the latest technologies in demand and is already used in many mobile applications like Snapchat, Lenskart, etc. This technology has made its way to some famous industries of the market. Now it will change the market of the healthcare field by using its trendy functionalities in this sector that can ease the work of doctors and nurses.

Augmented Reality apps can expand the virtual pictures and arrange them over real-world scenarios. This arrangement is executed in the real world with the help of inputs that can be received from cameras or other input devices such as smart glasses. So, AR definition relates to the virtual objects that can be brought to the environment through the help of technology.

In mobile app development based on AR, developers can develop such kinds of 3D objects with the help of ARkit development. This toolkit merges device motion tracking, capturing scenes through phone cameras, latest screen processing, and displaying 2D and 3D objects in an AR environment.

Many believe that AR is just used for gaming apps such as Pokemon Go which many of us played over a year ago. But now AR has made it is way into Healthcare apps also not just this but many other mobile applications.

Nowadays, AR is used in many industries such as education, real estate, and health care apps. But among all these apps, healthcare apps have become more prevalent to provide facilities to patients and doctors.

Applications of AR in medical science

Many familiar people don’t know that physicians and surgeons already use AR during intervention procedures. The two best examples for it are Computerised Tomography (CT) and Magnetic Resources Imaging(MRI) visualisation paths.

It is also being used in medical education. As the possibility of it is unlimited, its usage becomes more exciting.

When we think of AR in surgeries, it is a bit difficult to think, but Augmented Reality can indeed be used in complex and delicate surgeries. Shortly, there is a possibility that AR will guide doctors and specialist surgeons by providing them the information regarding the surgery.

As they are operating, they will know about the location of every organ, such as veins, and the diagnosis report that is in front of their eyes. You can imagine an AR experience that is created between a surgeon and their team. Then you can imagine that in a better way.

This advancement in technology makes surgery safe. The risk that is related to complex and delicate surgeries is minimised with the help of this technology. As a result, health problems that lead to death will not be like before.

AR is always ready to assist doctors with joint surgeries or meet any medical issue with AR video conference even when the doctor is not in the clinic.

For example, the surgeon can be in another city or country, but a specialist on hand and in the hold of AR tools can follow the instructions through a video conference. Because of these complex surgeries, patients or doctors won’t need to travel from one place to another.

AR medical training will be beneficial for the students who are getting the training to become surgeons. The New AR application will allow the student to experience 3D training. Because of this, the money in creating a model and a mannequin will be saved. Instead of creating these models, you can create a 3D model that can appear in front of you.

I hope this blog will be helpful to you in some way or another. You can get a piece of better information about the applications used in the medical field. You can also hire Nevina Infotech, an Augmented Reality app development company that can help you develop an AR app.

nevinainfotech is author at LeraBlog. The author's views are entirely their own and may not reflect the views and opinions of LeraBlog staff.