The healthcare field is wide and involves many key players without whom proper medical attention cannot be given to patients. Pathology laboratories are most important to both patients and doctors since it is through their input that symptoms can be assigned proper diagnosis for curative care.

It is impossible to have a working medical system without pathology laboratory services. Life threatening illnesses can be identified and treated early, and it prevents inaccurate diagnoses that simply rely on symptoms. Many illnesses manifest with similar symptoms and therefore without tests to confirm what it is, the right treatments cannot be administered.

The work of a laboratory is threefold: collection of samples from patients, testing and/or processing and interpretation and delivery of results. Each role has a specialized individual, though there are practitioners who are well versed in all three. Being a business, there are also other staff members who contribute to the proper operation of the laboratory. 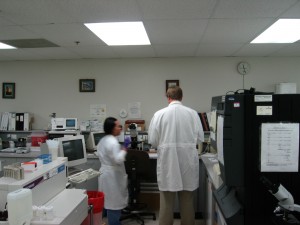 Where a paper-based system is maintained, this introduces a limit as to the number and quality of service that the lab can offer patients. Because their business largely stems from referrals from doctors, these labs would have to be networked properly in doctors and specialists.

Below we explore a few ways in which the job of pathology lab practitioners can be simplified by having a unified medical information delivery system (UMIDS). To know more you can read HFA Guide here.

Challenges to labs in the absence of UMIDS

The challenges that laboratories face are not vastly different from what a doctor faces in a system without digitized medical records. The 21st century means that most tests are automated, and therefore labs have had their work made much easier. With DMRs and UMIDS, the work of lab practitioners could be made even simpler.

With the increase in competition, optimizing time in conducting tests, running the business side of things and soliciting new business by identifying the lab to doctors makes it hard for the smaller labs to operate profitably.

There's also the problem of commuting between different locations to offer the required services. In a system where UMIDS is implemented, samples can simply be collected and sent to the lab through the normal courier networks and the results transmitted securely and time efficiently, improving the quality of service that can be offered to patients.

Why should Labs invest in UMIDS?

For the rest of the medical care cycle to function properly, labs must also implement a digitized system to transmit reports and results in a time efficient manner.

That is not all; there arises the matter of security, which is easier to maintain with a digitized system. Backups of reports can be made to different secure locations where only users with appropriate authorization have access. In addition, patient confidentiality, which is paramount, must be upheld. 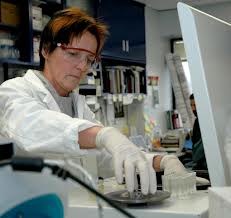 Physical records are prone to all kinds of breaches including theft, fire and natural disasters, among others, and they are cumbersome to systemize, update and otherwise maintain. Thanks to the automation of most test procedures in the 21st Century, the work of the lab practitioner is much simpler, but this would be undermined where paper-based reporting schemes are still maintained.

Digitized systems can also help in other aspects of administration including spooling of procedures and tests according to urgency, time of arrival and other factors. Work schedules for different technicians can be maintained so that new tests coming in are delivered to the most qualified/least occupied technician.

With such a system, the lab owner or administrator doesn't have to be present at all times for work to proceed.