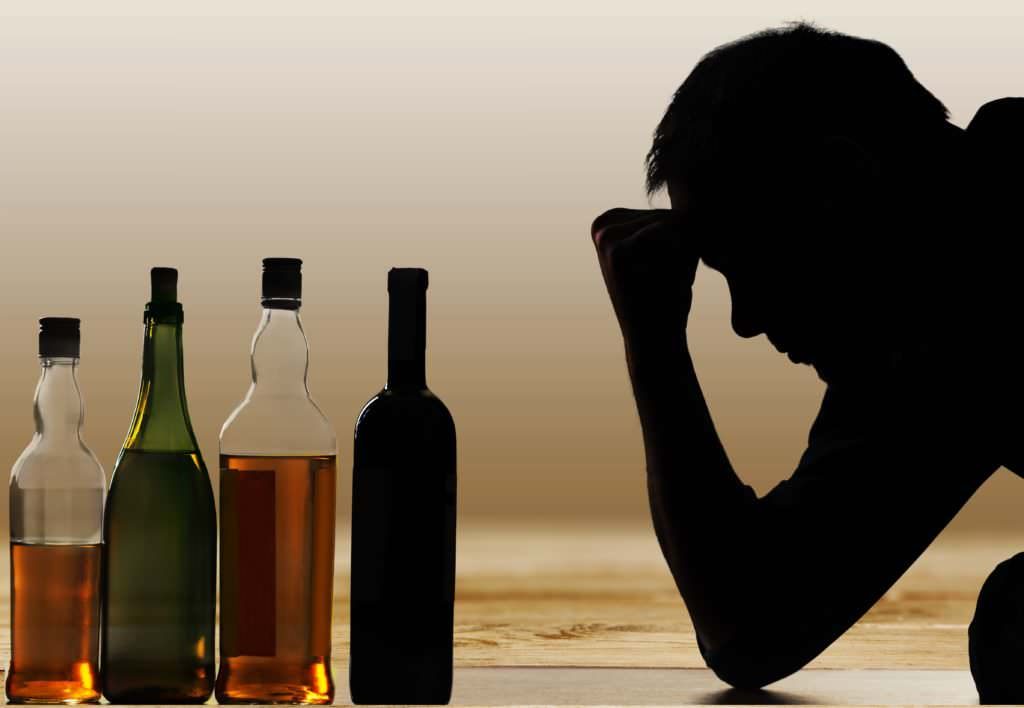 Advances in the neurobiology of alcohol dependence have enabled the introduction of new drugs in the treatment of alcoholism. The pharmacological treatment of alcoholism is reviewed. Drugs that decrease the desire to drink have become a first-line alternative. The review of the studies carried out with acamprosate or with naltrexone has shown that these are more effective than placebo. The few studies in which both treatments have been compared indicate that naltrexone could be more effective than acamprosate in certain variables. Antidepressant drugs are often an alternative for alcoholic patients with associated depressive disorders.

The treatment of alcohol dependence should be a therapeutic plan that includes, from detoxification (total and programmed suppression of alcohol consumption through the use of strategies and drugs to make it as comfortable as possible and avoid the potentially serious, inherent complications due to abstinence) up to cessation, through relapse prevention and risk reduction. It must be a multimodal approach and consider the individual and vulnerability characteristics of each patient. On the other hand, the knowledge and understanding of the neurophysiological mechanisms that underlie the dependency processes have allowed, during the last decade, the development of new effective drugs for some phenomena of alcohol dependence, such as the craving for consumption, or the loss of control before drinking (priming) and have increasingly reinforced the medical approach to alcoholism. The use of these new drugs has significantly increased therapeutic successes, and have provided a deep understanding of addictive processes and a more causal therapeutic approach.

The main therapeutic actions are aimed at:

3. Decreasing the intensity of withdrawal symptoms conditioned by consumption situations and which increase the desire to drink (acamprosate).

They inhibit liver aldehyde dehydrogenase that catalyzes the oxidation of acetaldehyde to acetate by accumulating acetaldehyde, the increase of which produces the typical aldehyde reaction. This type of treatment is considered to be more effective. These drugs could be indicated in those alcoholic patients who are abstinent (minimum 1 week) and who accept this type of treatment. Before starting treatment, the patient must be evaluated at a medical and psychosocial level and informed of the purpose, procedure, and consequences of administering this drug.

The mechanism of action of these drugs may be related to the “psychological brake” in specific circumstances that encourage the patient to consume. On the other hand, the fact of knowing that “you cannot drink” makes the subject expose himself to certain environmental situations that previously generated a desire to drink, facilitating desensitization to these signals. Interdictors are helpful as long as they help maintain absolute abstinence, and it is important to know that continued intake of small doses of alcohol can ultimately reduce the effects of these drugs. Because of this, if the patient begins to experiment repeatedly with the intake of small amounts of alcohol, it would be preferable to immediately discontinue its use and evaluate the restart later.

Drugs that disguise the desire and the compulsion for drinking

The use of drugs to decrease the desire and the compulsion to drink reduces the number of relapses and, if they appear, help to recover abstinence more easily. That is why these drugs must be maintained even if relapses arise. Different authors consider that this treatment should be instituted as soon as possible, to avoid early relapses, and that it should be maintained for a period of between 6 and 12 months. The evaluation of the efficacy of these drugs should be carried out by criteria that consider aspects such as the decrease in consumption, the quality of life of the patient and/or the family members or the decrease in uncontrolled behaviors.

It is a competitive antagonist at the µ, κ, and opioid receptors. There is extensive experience of its use in opiate addiction. In the case of alcohol, it affects the desire to drink that appears before and during the alcohol intake. Alcohol causes an increase in opioid activity which, in turn, causes an increase in dopaminergic activity in the nucleus accumbens. This, in turn, is the basis of the ability of alcohol to produce reinforcement and to instantly cause an increase in the desire to continue consuming and that patients perceive as loss of control after the first consumption. By blocking the opioid receptors, the initial consumption of alcohol would lose its reinforcing capacity and, in addition, after a first consumption, the patient would not lose control, thus not falling into massive consumption.

Always within treatments with a psychotherapeutic approach, comprehensive and individualized for each patient, the different studies carried out to date agree that naltrexone is effective, and blocks the lack of control over consumption and the progression to relapse in those patients who start taking it. Naltrexone can also be combined with other drugs that have the ability to modulate alcohol consumption, such as SSRIs, tiapride or acamprosate. Naltrexone treatment may be instituted even if the subject is drinking, as is the case with risk reduction programs.

It is advisable to start the treatment as soon as possible and keep it between 6-12 months.

In a review of the studies published with naltrexone up to 2002, it was concluded that the effective dose of this drug was 50 mg/day, that the duration of treatment should last more than 3 months, that pharmacological treatment should be an adjunct to psychosocial and that further studies were needed to ensure that naltrexone was more effective than acamprosate.

Alcohol also acts on multiple other CNS systems, for example on those of transmitting amino acids (GABA and glutamate). The administration of alcohol produces a decrease in glutamatergic excitatory activity. With repeated consumption, the body “learns” to predict when alcohol will be consumed, through conditioned signals that “warn” it of the proximity of the event. Faced with these signals (entering a bar, seeing someone drinking, etc.), the body reacts by producing an increase in glutamatergic activity that counteracts the decrease that alcohol will produce. This gives rise to anxious and dysphoric symptoms associated with desire when exposed to stimuli that are reminiscent of consumption and that can induce relapse. Acamprosate blocks that glutamate hyperactivity. A specific activity on reward and learning circuits, where glutamate and GABA also play a key role, is unknown, but not ruled out.

Long-term studies indicate that after one year of treatment the percentage of abstinent patients treated with acamprosate was more than 10% higher than the percentage treated with placebo. In addition, the use of aversives such as disulfiram improved withdrawal rates. The results of these studies, carried out in Europe, cannot be compared with those carried out with naltrexone. In drug detox centers in Europe relapse is understood when the individual has drunk alcohol, while in the United States it is considered as such when the risky consumption has been exceeded. In the only study with one year of follow-up carried out so far, comparing the efficacy of acamprosate against naltrexone, the relapse rate was higher in the acamprosate group than in the naltrexone group.

In addition to detoxification, this neuroleptic can also be used during the withdrawal phase, its usefulness is to block the dopaminergic effect of substances of abuse. Tiapride is a benzamide with specific antagonistic activity on previously hypersensitized D2 receptors. Therefore, it could decrease dopaminergically induced desire without aggravating the hypodopaminergy resulting from blocking the rest of the D receptors. Studies on its use in addiction have not been able to find a specific effect, but in some patients it helps to maintain abstinence more successfully.

Drugs with action on the serotonergic system

Various studies show that alcohol consumption increases after the administration of drugs that decrease serotonergic function and that it decreases when drugs that improve serotonin function are administered. There are several studies that have evaluated the efficacy of 5-HT-1A receptor agonists (Buspirone), 5-HT-3 antagonists (Ondasentron) and selective serotonin reuptake inhibitors (fluvoxamine, flouxetine and citalopram), although the latter are the most used.

It is recognized that SSRIs can be effective in treating alcohol dependence. The reduction in consumption is close to 30% of the intake and especially more important in moderate dependents. The effects seem dose-dependent and are related to decreased desire to consume. While the actions of fluoxetine appear to be more focused on decreasing consumption, citalopram and zimelidine increase withdrawal.

Sertraline: In an open study in which this antidepressant was used for the post-traumatic stress clinic in alcohol dependents, a decrease in ethyl consumption was also evidenced.

Fluoxetine: In some works the dose of 40-80 mg/day is indicated as effective in reducing the desire and consumption of alcohol. In patients diagnosed with type I or II alcoholism, fluoxetine was more effective in type I.

Although the results of these studies indicate the possible therapeutic action of these drugs, there are, from the methodological point of view, various criticisms regarding the use in patients with mild-moderate alcohol dependence. Since serotonin actively participates in the regulation of appetite, especially in the mechanisms that regulate satiety, it is possible that SSRIs act on the intake behavior in general, facilitating the appearance of satiety signals regarding the consumption of alcohol.

Other drugs with potential efficacy to treat alcoholism

Tricyclic antidepressants: The use of antidepressants for the treatment of alcoholism or for the prevention of relapses in non-depressed alcoholic patients is of little use. Different studies show that if mood improves, alcohol intake decreases. Among the most studied are Desipramine and Imipramine.

Lithium: The presence of various methodological problems (sample selection, comorbidity with affective disorders) and the high dropout rate, makes the studies inconclusive. But lithium does not appear to significantly decrease the frequency of consumption after relapse, nor did depressive patients respond differently.

Anticomicials: Different drugs with anticomicial activity such as carbamazepine, valproic acid, topiramate, and gabapentin have been used to reduce the desire to drink, on the basis that a certain kindling effect could underlie it. Although small samples are available, it is possible that these drugs may be useful in alcoholic patients with personality disorders or impulsive subjects.

Antipsychotic: The new generation antipsychotics such as risperidone, olanzapine, and quetiapine have also been used for reducing overall desire, his actions on dopaminergic and serotonergic give them an interesting profile for the treatment of some of these patients.

Given the complex and multifactorial etiology of alcoholism, we would be naive to think that an alcoholic patient can respond to a single treatment. Due to the biological, psychological, social and cultural crossroads that human beings entail, any therapeutic approach must include both pharmacological and psychological or social aspects, always seeking empowering action among all of them. The main strategy to achieve good results in treatment is possibly the one that allows for greater adherence and therapeutic compliance. This often forces us to have an open attitude towards therapeutic innovations and to be creative when negotiating with our patients the intermediate goals that guarantee their continuity in treatment. The refuge in rigid attitudes will only lead to “get rid of that patient”, yes, within “a scientific rigor” that makes our argument “against” the patient impeccable. On the other hand, if we are wrong to accept scientific innovations we should not be scared, time will help us to keep only what is really useful.