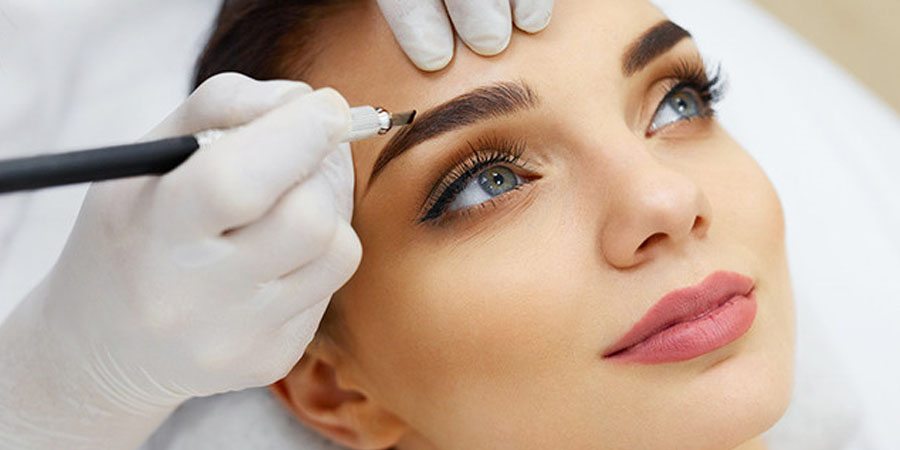 Cosmetic tattooing is a procedure where permanent makeup is put on your face. Due to its permanent nature, it is the same as a tattoo. However, the beauty aspect of it makes it cosmetic. Despite the fact that it is called permanent makeup, it does not last forever but rather stays in the body for about 5 to 7 years. We can attribute the semi-permanent nature of the tattoo to the devices and tools used.

The pores on the face are smaller than those in the other parts of the body and thus do not allow pigment particles to penetrate deeply. Rather than ink, cosmetic tattooing uses dyes. Also, a rotary machine is used rather than a tattooing machine. These do not deposit the pigments very deep in the skin, and thus they do not last permanently.

These cosmetic tattoos are mostly applied to the eyebrows, lips, full face lift or any other part of the body. These permanent makeups can be done by a surgeon, a qualified aesthetician, or a doctor. After its application, you won’t require to constantly put makeup on your face even after a workout.

The colors are affected negatively by sun or water.  It thus restricts the freedom with which you can go swimming or basking in the sun. Not only that, but even the body through its normal metabolic activities breaks down pigments and ingests them with time.

It is a condition whereby a scar grows progressively and rises above the rest of the skin. It is caused by the development of fibrous proteins on the scar. They can be itchy with needle-like pains, but the effects vary from one person to the other. Due to the sensitivity of some parts like the breasts or the lips, the probability of developing keloid scars is high.

Development of canker sores or fever blisters can occur

These are infections which occur in or around the mouth due to an injury to the soft tissues of the mouth. The best thing about it is that the cankers clear on its own, but you may require seeking treatment for fever blisters from a medical doctor. Lips are 3-times more likely to develop wounds than the rest of the body.

These are the growth of some tissues above the skin level in response to foreign material in the body. Implants and splinters mostly cause it, but permanent makeup pigments can also cause it. It usually results if the body tries to ingest the foreign material and is unable.

These are negative reactions your body shows to an object when getting into contact with the skin. In cosmetic tattooing, it is advisable to have a patch test to see whether you are allergic to the things used. Like the iron oxide pigments, the ointments used, the latex gloves, the needles or any other item used in the process.

Some diseases can be passed from one person to the other due to poor hygienic practices. One main advantage of cosmetic tattooing is the fact that most of the items used are one-time disposable. However, there are more than countable ways to pass infectious diseases.

Some infections can even hibernate in the body for long periods, and you will only become aware of the condition long after you have the tattoo. Some of the states do not even allow blood donors who had a tattoo within one year. Considering this, it is an indication that it can be a health hazard.

The eye is a sensitive part of the body. When it is exposed to constant wiping, piercing, and even too much exposure to medicines, hard smells or vapor, they can become irritated. You can use eyeglasses if they become super sensitive or use cold packs to ease the irritation.

Cosmetic tattoo inks have also been reported to cause burns during MRI treatments though it is not very common. They can also cause Milia infections.

Who are the best candidates for cosmetic tattooing?

It is a preference for anyone who wants to enhance his/her beauty without a need to apply makeup now and then.

It is thus best suited for:

If you have permanent makeup, it means you won’t require eye pencils nor to apply lipstick or apply face powder after every short while or even every day.