The 2014 edition of the Salon International de la Haute Horlogerie (SIHH) in Geneva has just ended. It was held from the 20th to the 24th of January and it gather 16 world-renowned watch brands, owned by the Richemont SA, which displayed their latest creations and innovations in the field of high-class and premium segment wristwatches. This is one of the most significant annual events in the world of watches. This year, we have seen some really cool watches at the SIHH. Here are the highlights of the event.

The first day of the SIHH witnessed a few memorable events.

Bernard Arnault, the head of LVMH MoÃ«t Hennessy Louis Vuitton, has announced that Jean-Claude Biver, who is currently the president of Hublot, is going to take the same position in Zenith and TAG Heuer too.

The biggest highlight of the product announcements was perhaps the revealing of Cartier's first ever diver's watch - the Calibre de Cartier Diver, with the in-house caliber 1904 MC, 300-meter water resistance and a power reserve of 48 hours. The brand also exhibited a whole new range of dress models with a focus on diamond embellishments.

A notable moment of the first day was the revealing of Piaget's Altiplano 38 mm 900P - the world's thinnest model so far with a thickness of 3.75mm, which is meant to commemorate the brand's 140th anniversary.

Audemars Piguet announced 6 new models in the Royal Oak collection, which are expected to be launched onto the market in April. Day One saw the unveiling of a few cool watches from Montblanc and Greubel Forsey too.

The second day of the trade show went through under the mark of diamond watches. A few noteworthy models are the Double Tourbillon AsymÃ©trique from Greubel Forsey; the TimeWalker TwinFly Chronograph GreyTech from Montblanc and Piaget's Altiplano Automatic Skeletons embellished with sapphire cabochons and brilliant-cut diamonds.

Van Cleef unveiled their Midnight Constellation, Midnight Nuit Australe and Nuit Boreale collections focused on diamonds arranged in the shape of constellations in the night sky - these collections encompass some really cool watches, such as the Poetic Complication model.

The other highlights of the day were Cartier's new panther models and the visible trend of introducing mechanical movement into women's lines of timepieces.

Day Three of the Salon International de la Haute Horlogerie was focused entirely on men's watches. There were a number of exquisite models that stole the day. A few of these were:

– The Zenith El Primero 410 - this limited edition model (there were only 500 of these produced) has an automatic calendar with moon phases and its dial has been inspired by Zenith's historic models. 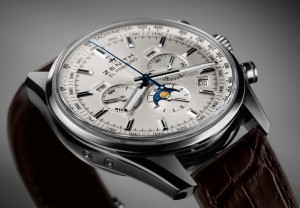 – The Baume et Mercier Clifton 1892 Flying Tourbillon - with a stunning leather strap, Swiss automatic movement, 42-hour power reserve and featuring retrograde date, this was perhaps one of the coolest watches of Day Three of the SIHH. 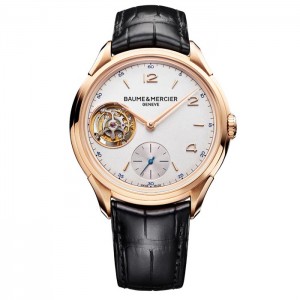 – The Roger Dubuis Hommage Chronograph - designed entirely in a pink gold shade, with each of its components hand-finished individually, this is a really stunning model. 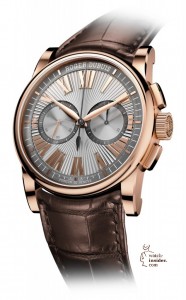 – The Jaeger-LeCoultre Grande Reverso Ultra Thin 1931 chocolate dial and Fagliano1 - this exquisite model with a rectangular-shaped dial is a tribute to the legendary reversible timepiece that was invented in the 1930's and it has been inspired by the Art Deco legacy. 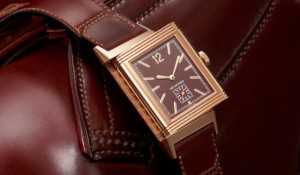 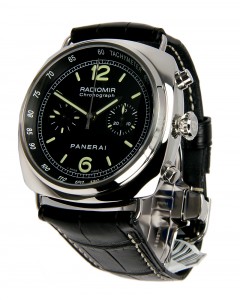 The third day of the SIHH saw the introduction of many more cool watches from Jaeger-LeCoultre, Roger Dubuis, Vacheron Constantin and Panerai.

The 2014 Salon International de la Haute Horlogerie was marked by the introduction of some really incredible and cool watches. The main focus in the collections was on the use of new metals and subtle innovations, along with the introduction of an exquisite range of diamond timepieces. We can't wait for these models to be released onto the market for the watch lovers to enjoy.

This article is written by Mark Neyton. Mark is a freelance writer more than 4 years and he is mostly interested in writing about fashion trends and accessories. You can read more useful information about his SIHH experience at no.uniwatches.com.

markneyton is author at LeraBlog. The author's views are entirely their own and may not reflect the views and opinions of LeraBlog staff.