If you like your celebrity fashion - and come on, who doesn't in this day and age? - then you'll like reading about all the latest styles: who's wearing what, which brand names are in style, what they were recently seen in, all that sort of jazz.

Some of this goes out the window a little bit when you're a parent - all of a sudden, you might find that you no longer have the time to care about it any more. However, there's another way in which you can emulate your favourite stars, one which wasn't available to you before you had your child: in the pushchair stakes.

Read on to find out which pushchairs are very much in inside the celebrity world! 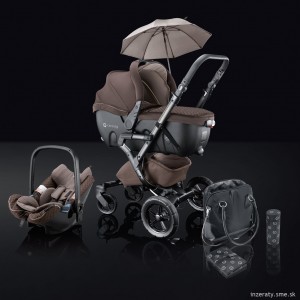 Coleen and Wayne push around little son Kai in the rather snazzy Carbon Neo from Concord. It's a very modern design, resembling pretty much nothing else available on the market today, and it really stands out from the crowd. It gets its name from the fact that it has a hand-made, high-tech carbon frame, so you won't be surprised to hear that it's not exactly a budget modelâ€¦

Actually, Concord seems to be a fairly popular brand in the world of footballers' wives and girlfriends - their Fusion pushchair is the buggy of choice for Peter Crouch and Abbey Clancy. 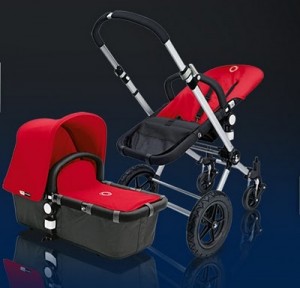 This seems to be the most popular model of pushchair in the world of celebrities - loads of stars have been spotted out and about with one in tow! It's certainly one for the style-conscious among you: Miranda Kerr and Orlando Bloom have been frequently seen pushing around baby Flynn in one, and the venerable Mr Elton John is the proud owner of a black model.

Just like other well-loved brands like Koochi, it certainly seems as though Bugaboo is taking off big style - Mariah Carey has got her hands on the new Bugaboo Donkey! (Not one of these.) 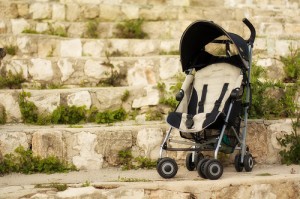 Another exceedingly popular pushchair, the Maclaren Quest is the quintessential lightweight buggy, folding up quickly and tidily. Nicole Richie is a big fan, being frequently spotted pushing Harlow around downtown LA.

Salma Hayek is another fan of the Quest, investing in a Juicy Couture branded model, while Alyson Hannigan (of Buffy and How I Met Your Mother fame) has a Yellow Submarine themed one for daughter Satyana. 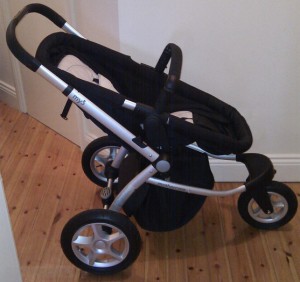 Dannii Minogue was seen regularly pushing about the MyChoice buggy from Mothercare after the birth of her darling son Ethan. Our favourite is the cream model, as it is classy and neutral, and it just so happens that that's the one Dannii chose!

A favourite of the ever-fashionable Sarah Jessica Parker, the Vista is one of the most versatile strollers on the market. It's got a massive basket - perfect for any savvy shoppers! - and it is usable as a travel system, making it super convenient for popping baby into the car.