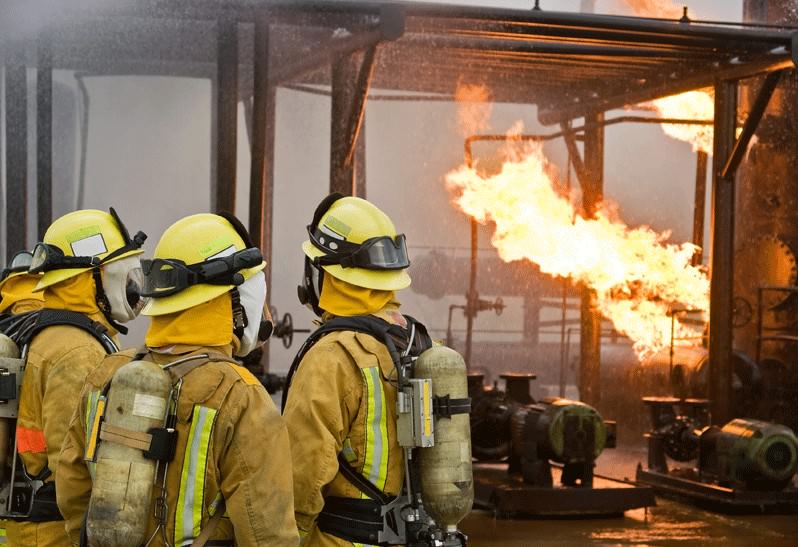 Whether you are a homeowner or a commercial building manager, you ought to take necessary safety precautions to prevent a fire from erupting. The problem is even if you take an inclusive approach, a fire might still occur; then you need to call up the nearby fire dept, so they send a firefighting team for your rescue.

In one of my previous articles, I’ve discussed multiple aspects of the job that firefighters do. If you give that article a read, you'd realize the perks that come with this job are very few, and the disadvantages are so many to list up. That doesn't sound right. There should always be a balance between the pluses and minuses.

Health risks may come in the form of cardiovascular attacks (CVD), breathing problems, the risk of dying from cancer, etc. The good news is the risks are preventable. To stay safe, a firefighter needs to follow instructions that health experts deliver him.

The number of on-duty cardiac attacks has been constantly increasing. Firefighters often get heart attacks during the duty because they feel pressure mounting on their shoulders, which they cannot handle.

The incidents of death from on-duty heart attack are not rare. In 2012, a fire chief had a cardiac attack during work and later died. Such incidents have made NFPA authorities worried. To minimize the number of cardiovascular fatalities, they've taken tips from medical professionals.

Following are what those professionals advised:

Adhering to the said tips lowers the odds of fatalities due to cardiac attack. That being said, the possibilities of CVD will continue to exist.

The sight of smoke is common in a fire scene. Smoke carries danger, fire smoke is especially dangerous because it contains abrasive components along with vapor, particulate matter and many heated gases.

A fire smoke contains a number of toxic elements. They are

A fire smoke is among many dangers that firefighters come across. Stress caused by heat, elevated heart rate and the exposure to noise can also cause bodily damages to them. There's a scientific reason behind increased heart rate. The environment in and around a fire station is tranquil, but the moment the alarm rings, they get ready for some actions. This sudden change of atmospheres can escalate their heart rates.

Stress and illness caused by the heat are two known hazards of a fire. Firefighters stay exposed to fires for a long time as they attempt to extinguish it. The heat causes their body temperature to shoot up; they sweat and rapidly lose fluid, and their hearts contract, and render lower cardiac output.

Firefighters are exposed to various types of disturbing noises. A fire scene is not only harmful in terms of the presence of toxic gases, but also in terms of cacophonous noises. Noises caused by equipment handling, air horns, diesel engine sounds and crackling sounds of structure fire can make anyone go crazy.

Firefighters are humans too; the constant exposure to noises can cause their hearts beat faster. This way, they can become victims of cardiovascular anomalies.

It's not an option, it's rather a priority for every firefighter out there. They need to follow the recommended guidelines to stay safe and healthy. In my next article, I'll discuss the medical tips that experts recommend firefighters, and how they should follow those recommendations for their safety and well-being.