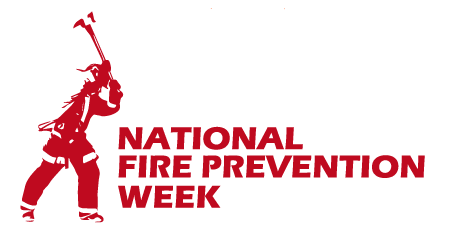 The fire prevention week is nearing, it's only a few month's wait from now. But are we all prepped up? No, we are not. Many of us don't follow the guidelines recommended by the NFPA. And even a more number doesn't even know such guidelines exist.

This year's fire prevention week lays an excellent opportunity before us to fix all the wrongs. The NFPA has already started to organize various seminars and workshops to spread consciousness to adopt fire safety measures.

The NFPA has been campaigning for us to install an active smoke alarm in every bedroom. Almost half of deaths caused by home fire result from fires that erupt between 11 pm and 7 am. Most households sleep during these hours.

Installing a smoke alarm can ensure you and your family's safety. In case there's a fire at your house, the smoke can spread really fast. A smoke alarm can make you alert, so you can quickly get out of the room before the fire becomes menacing. The NFPA helps you recognize the usefulness of smoke alarms.

You may have been trivializing it so far, but once you know what happened in Arizona recently, you are bound to become cautious with it. The story, published on a community website says of a man, who was heating up the oil on a stove. When he dropped the frozen fries into the oil, a fire occurred.

After getting a call from him, the fire crews arrived at his house and put out the fire. Making french fries sounds pretty harmless, and it's hard to imagine a devastating fire could erupt from it. But it did happen. So next time when you cook something on hot oil on a stove, take the following precautionary measures:

We all enjoyed cookouts and BBQ parties when we were in school. The sight of a propane grills is very common in a cookout. But many of us are oblivious to the fact that improper handling can cause a propane grill to catch fire.

Such an incident has taken place in North Carolina. A high school principal in Fayetteville has gotten injured after a propane grill that he was using to sear meat malfunctioned and caused fire to occur.

You can follow the safety tips below to keep yourself from a propane grill-led fire:

So many cases are reported where the kids are responsible for the occurrence of fire. You need to keep an eye on your kid, so he doesn’t go near any potential source of fire. The NFPA has been taking initiatives to enlighten the kids about the dangers of fires, and the local fire departments are working in tandem.

The Fire Department in Iowa has decided to conduct a coloring activity during the fire prevention week. Kids will participate and learn how to avoid fire and how to stay safe from it. Regarding the effectiveness of the program, Nevada Fire Department Director of Fire and EMS Ray Reynolds said, "I have had so many experiences where kids have survived a fire using techniques the fire department taught them."

Going through some fast facts on escape planning can make one's eyebrows raised because they paint an utterly disappointing picture.

As the fire prevention week is getting close, the homeowners should consult fire authorities to install escape planning system at their homes. In case they already have it, they should make it more efficient.

Add your two cents to the ongoing and upcoming activities for this year's fire prevention week. This can help understand others the importance of collective awareness in ensuring fire safety.