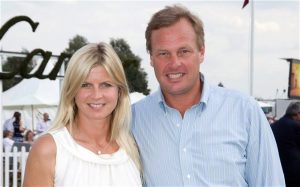 George Mountbatten may be just 459th in line to the British throne but in the last two decades he has built his own domain as the king of smart investment in price comparison sites.

The British businessman first came to public attention when his brainchild price comparison site, uSwitch, broke into the UK market in the year 2000. The premise was simple: customers entered the details of their energy usage and the site searched its database of available offers to see if they were getting the best deal.

The business sense behind the idea is that every company which receives a new customer because of the website will pay a commission to uSwitch. These deals were negotiated by George Mountbatten’s team and, although the industry was initially unsure, are now standard practice for a variety of services.

This idea was good but novel, arriving just as U.K. consumers were able to swap suppliers for the first time thanks to deregulation. The opportunity to capture a customer base, however, was huge. Alongside George Mountbatten in this new project were business brains with keen knowledge and interests in the sector. This quickly fuelled significant growth in both the company itself, and the price comparison market in general.

Policy and operations expert Andrew Salmon served as Chief Operating Officer from the company’s inception to the uSwitch sale in 2006 by George Milford Haven. He came well-prepared for the task – he had previously worked with both local electricity boards and the UK Treasury during the preparation period before deregulation. He brought knowledge on how electricity companies sought to pursue and retain customers, and how deregulation might affect the way energy markets operate. 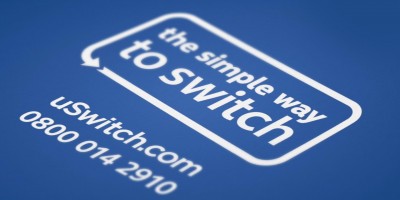 George Mountbatten also worked with experienced financial operations expert Vipul Amin on building and growing the uSwitch business. Once these three had developed and perfected their easy to use customer interface, they engaged in a high-profile publicity drive that catapulted uSwitch into the public’s living rooms. People loved the idea and, according to the publicity, uSwitch saved people millions in its early years of operation.

The company was sold to an American media firm in 2006

After this early surge of growth the management team decided it was time for the company to change hands and evolve alongside the market. George Mountbatten and his team began discussions on the uSwitch sale in 2005, completing the deal in 2006 for over £200 million.

The new owner was American corporation EW Scripps. The company had been looking to diversify their offer in internet technologies and communications and fought off competition for George Mountbatten’s firm from a variety of big media and data management companies. They eventually sold uSwitch on to property firm Zoopla in 2009. It remains the UK’s leading price comparison site.

At the time of the sale, George Milford Haven held just over half of the company’s shares – netting him around £100 million in profit. A share of the profits also went directly to uSwitch’s staff and managers in recognition of their hard work in building the firm.

George Mountbatten has developed a reputation as a shrewd businessman

Since selling the company he created almost two decades ago, George Mountbatten has continued to work with Vipul Amin and Andrew Salmon on other similar projects like uSwitch. His current interests include price comparison sites in both Brazil and Turkey. These follow the same business model as uSwitch and set out to save people significant amounts of money as their home markets also go through deregulation.

Outside of his business interests, George Mountbatten, the Marquess of Milford Haven, is married to his second wife, has two children (a daughter and a son) and is the current head of the aristocratic Mountbatten family. He is a keen polo player and is well known on the society scene. His other current projects include an aviation firm he runs with his son and heir.