Still have any qualm about Australia's standing as a rarefied destination for higher education? Eliminate it now. According to the 2014 Leiden Ranking, the University of Technology Sydney is the number four institution in the world for medical sciences. Harvard University, in comparison, ranks fifth. 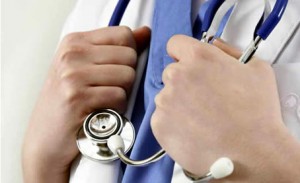 Before you pack your scrub suits and stethoscopes, however, you need to have a balanced set of expectations about studying medicine in Australia. Yes, Australia may help you swear the Hippocratic Oath, but you need to inform your decision of studying here with a healthy understanding of the country's healthcare situation.

Like the US, Australia is experiencing a glut of medical graduates versus post-university internships. The volume of graduations is ever outstripping the number of intern places. As a result, the Australian government is torn between securing clinical spots for local graduates and following a system based on meritocracy.

States have different allocation processes for intern positions. Except for the Australian Capital Territory (ACT), every state favours domestic graduates. Australians and New Zealanders are almost always prioritised in the first round of selections before expatriate students who have otherwise finished their studies domestically. Even though he or she is from another state, a domestic graduate may also get "first dibs" on intern places in the state where an international student graduated.

But saying Australia gives international medical graduates short shrift would be too cynical. In addressing the National Press Club last July, Australian Medical Association President Steve Hambleton observed that international graduates are "getting preference over Australian doctors in some states."

For one, ACT is not selective about the origins of its graduates. It allocates internship positions to state-educated applicants without foremost consideration for citizenship. Such non-discriminatory policy extends to Victoria and Western Australia. In fact, in these three states, interstate Australian natives may be given second priority to international students who graduated in the state.

In its 2012 report, Health Workforce Australia (HWA) maintained that the country should remain dependent on international grads until the country turns "self-sufficient" in medical labourers.

As yet, the number of Australian natives who are doctors is not sustainable; the country must persist in its importation of doctors, nurses, and other medical practitioners. The country currently imports more than 2,500 doctors a year. If Australia ceases importation, HWA forecasts a deficit of as much as 15,200 doctors.

Imports are important for another reason besides shortage. They help pad the presence of doctors in far-flung communities, as imports tend to be more willing to serve there than their local counterparts.

"Our workforce challenge is getting doctors willing to work in regional or remote clinical sites: a major challenge with domestic graduates," said University of Melbourne Professor Lesleyanne Hawthorne.

To achieve its dream of self-sufficiency in medical labour, Australia must impel universities and other institutions to review post-graduate pathways by 2025, HWA recommends.

"Increasingly, the deans' view across Australia is that the international students who we trainâ€”and with 70 percent wanting to stayâ€”are part of the solution," Medical Deans President Justin Beilby said in response to HWA's report.

If worse comes to worst, and you are shut out of a place in Australia's healthcare system, you can still parlay your medical education into a prestigious residency back home.

Australian institutions have enough clout to match you with your dream internship or residency in your country, easing you into your dream practice. Of course, there will be slight disparities in pharmaceutical names and treatment protocols, but these would be nothing unresolvable by a balancing of scales in the learning curve.

Anyone considering medical studies in Australia has to weigh prospects in internship and residency with the country's healthcare situation. Everyone will be a deal a different hand after graduation, depending on his or her demographic profile. While the Australian government has constantly adjusted its volume of clinical spots, the volume of medical graduates continues to exceed it. Put another way, international students might not be able to compete with their Australian-born counterparts for that elusive internship.

If this is the case, international students should undertake their studies with the expectation of returning home for their internship and residency. Thankfully, the match rates for residencies between Australia and many Commonwealth countries are exceedingly high.

By and large, attaining a medical degree in Australia amounts to a golden ticket, as it were. If you want to reach your highest potential as a physician, surgeon, dentist, or some other medical specialist, look further and come to Australia.