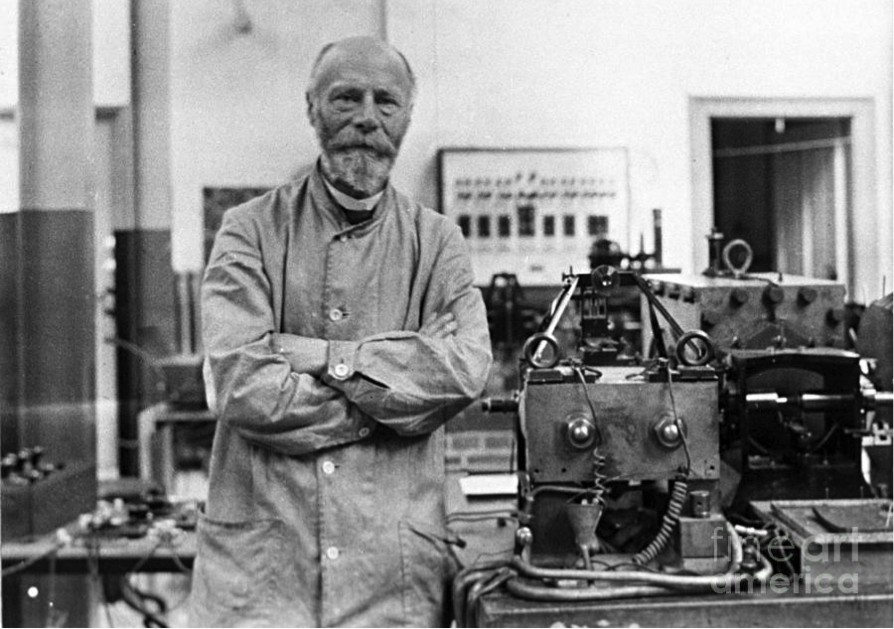 Willem Einthoven’s invention of the electrocardiogram mechanism is arguably one of the most important medical discoveries of the 20th century and his Nobel Prize in Medicine, awarded in 1924, is testament to his vital contribution to medical science.

Most of us have had an ECG, or electrocardiogram, at one time or another – an ECG records the rate and regularity of our heartbeats. Apart from monitoring the health of our hearts, it can also diagnose the size and position of the four cardiac chambers, reveal any blockages or damage to the heart, and monitor the effectiveness of any drugs and devices used in the treatment of the heart.

Here, Dakota Murphey, an independent content writer working with Sussex-based application engineering firm, App Eng, provides us with a brief background of the inventor behind the electrocardiogram.

In the mid-1800s, doctors became aware for the first time that a beating heart could create weak electrical currents on the surface of the body, but they were not able to accurately measure this phenomenon. In the late 1800s, although only a young man, Willem Einthoven began his work on electrocardiography and was determined to make a breakthrough in this field.

How does an electrocardiogram work?

Electrodes attached to the surface of the body measure the electrical impulses of the heart and the machine that records these results is called an electrocardiogram.

An ECG shows, graphically, how these currents vary and how well, or badly, a human heart is functioning. Willem Einthoven’s invention was used to depict the heart and its parts, its functions, and any irregularities.

The activity of the heart, or transthoracic interpretation, is detected over a short period of time using electrodes attached to the skin’s surface and recorded by an electrocardiogram device that is externally attached.

In 1903, this was further enhanced by Einthoven’s invention of the string galvanometer, a device that precisely measures a heartbeat’s tiny currents. The galvanometer was made up of strings of fine quartz filaments coated with silver. The strings were stretched and subjected to a powerful magnetic field.

As an electrical current passes through the filaments, the magnetic field created by the current causes the string to move. A bright light is shone onto the string, causing a shadow to be cast on a moving roll of photographic paper. This shadow forms a continuous curve that tracks the movement of the string. The original machine weighed nearly 600 pounds, required powerful electromagnets that had to be water-cooled and was operated by 5 people. Tightening or loosening the strings adjusted the sensitivity of the galvanometer.

Willem Einthoven was born in 1860 to Dutch parents on the island of Java (Indonesia), the third child of six and the eldest son. His father, Jacob Einthoven, worked as a military medical officer, but died when Willem was just six years old. A few years after his father’s death, Willem’s mother, Louise, returned to the Netherlands with all of her six children.

Since his father had been a physician, it came as no surprise that Willem followed in his footsteps. In his early years, the young man was attracted to and influenced by other men in the medical field including the famous physicist Christophorus Henricus Diedericus Buys-Ballot, the ophthalmologists Cornelis Donders and Herman Snellen, and the anatomist Willem Koster.

Willem Einthoven attended medical school in Utrecht and gained his doctor’s degree in 1885. A year later, at the tender age of 26, he was made Professor of Physiology at Leiden, where he worked for the rest of his life. He married his cousin Frederique Jeanne Louise de Vogel at the age of 26, and had four children with her.

After his unique invention and the development of the string galvanometer, Einthoven went on to document the electrocardiographic features of a number of human heart disorders. Later in his life, he spent many years focusing his attention on the study of acoustics, particularly heart sounds.

This article was written by Dakota Murphey, in a project with Engineering & Instrumentation product specialist App Eng, who were consulted over this post.